Hilary Swank won an Oscar for her stunning, nuanced and utterly believable portrayal of Teena Brandon, a Nebraska woman who assumes the identity of a man, Brandon Teena, when she moves to a new town. Best Supporting Actress nominee Chloe Sevigny is also outstanding as the sensitive woman who dates Brandon. Peter Sarsgaard, Brendan Sexton III, Alison Folland. 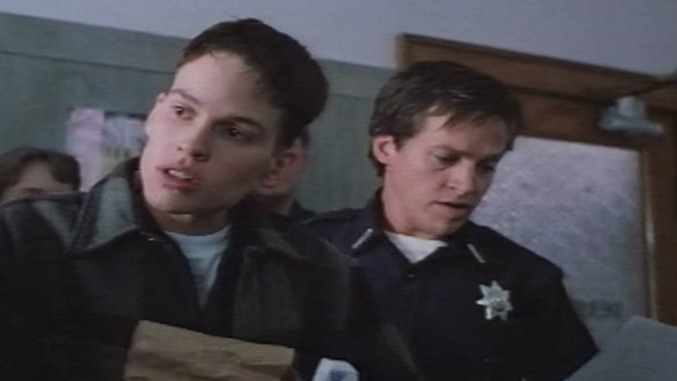 There's something really special happening in television right now.&nbsp;Jenji Kohan'sOrange Is the New Black&nbsp;not only features a nearly all-female cast depicting a diverse spectrum of race, sexuality and body types, but it also includes a trans woman of color actually playing a trans woman of color &mdash; a first on mainstream television. Former reality star and producer&nbsp;Laverne Cox&nbsp;plays Sophia Burset, a firefighter whose wife Crystal is less disturbed by her transition than her decision to steal credit cards.

Why Did Lena Dunham Thank Chad Lowe in Her Globes Acceptance Speech?

Lena Dunham wasn't kidding when she said she had "promised" to thank Chad Lowe during her Golden Globes acceptance speech &mdash; in fact, she made the pact last August.

From her Oscar-nominated performance in the transgender-themed true-crime story Boys Don't Cry to her stint as a "sister-wife" on HBO's Big Love, Chlo&euml; Sevigny has never shied away from provocative roles. Her work as an Irish contract killer who's in transition from male to female in the six-part British series Hit &amp; Miss (airing on DirecTV's Audience Network) may be her most controversial turn yet. Not that she planned it that way. "This fell into my lap," says the actress. "And it's such a juicy part." Here, she discusses Hit &amp; Miss as well as gigs on Law &amp; Order: SVU and American Horror Story...

Former Big Love star Chloe Sevigny is returning to TV with a guest role on NBC's Law &amp; Order: Special Victims Unit, TVGuide.com has learned exclusively. Law &amp; Order: SVU: Will Benson's new relationship last?Sources tell us that Sevigny will play a stay-at-home mom who is attacked and kidnapped while video-chatting with her husband, who's halfway around the world. She is slated to start shooting the episode next week...

These days gays, lesbians, drag queens — even male-to-female transgender characters — are almost as common in movies and on TV as the "bitch diva" and "fat funny guy." But except for the tragic Boys Don't Cry, women who yearn to be all man are rarely seen. Showtime's look at L.A. lesbian life, The L Word&nbsp;(returning for Season 3 on Sunday at 10 pm/ET), remedies that with a new character named Moira/Max, nutty Jenny's (Mia Kirshner) latest squeeze. We interviewed Daniela Sea, an actor active in New York's downtown art scene, about playing a girl who wants to be a boy. TVGuide.com: Who is Moira/Max?