Back to the Future Part II

A teenager time-travels from 1985 to 2015 in order to save his parents and his children from the disasters precipitated by his own mistake when he travelled to 1955 and bought a book in order to enrich himself in the future.

Back to the Future Day: Watch Doc Brown's Special Message for Fans

Great Scott! The future is now

Keck's Exclusives First Look: CSI Goes Back to the Future

Though they costarred in 1989's Back to the Future Part II and 1990's Part III, Elisabeth Shue (who played Marty McFly's girlfriend, Jennifer) and Lea Thompson (who played Marty's mom, Lorraine) appeared together in only one scene. So it came as a rare treat for them to reunite for a November episode of Shue's CSI, in which Thompson guest stars as an investigator who is looking into a misconduct claim against Greg (Eric Szmanda). "We both had to sign a bunch of Back to the Future Part II posters for the crew," Thompson says. "A lot of people, including Eric, were totally geeking out."

Raising Hope has booked Christopher Lloyd to appear in a Back to the Future-themed episode, TVGuide.com has confirmed. As first reported by Entertainment Weekly, Lloyd will play a loan collector named Dennis Powers who calls on the Chance family about some old debt after...

[SPOILER ALERT: This story contains key plot details from the new season of Fringe] Peter Bishop never existed: True. Neither did what happened during the last three seasons of Fringe: False. But where we last left off had many fans scratching their heads. After Peter (Joshua Jackson) built a bridge between the two universes in order to save billions of lives, he seemingly disappeared into thin air. The Observers noted that Peter had, in fact, never existed at all, a comment that caused just as much confusion as it did outrage among viewers. Fringe Finale: Guess who never existed? If Peter had never existed, then did anything we watched over the last three years actually happen? Jackson feels your frustration. "Being a fan of shows like this, I am with everybody who goes, 'Don't you dare...

Michael J. Fox will reprise his role as Alicia's rival on The Good Wife, TVGuide.com has confirmed. Fox, who portrayed rival defense attorney Louis Canning, will return for... 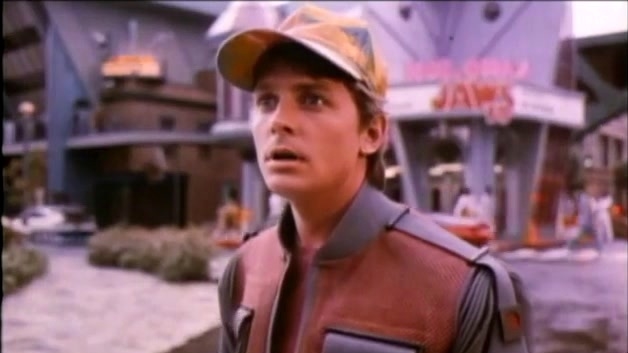 Back To The Future, Part 2 (Clean Trailer) 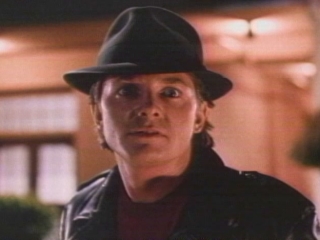 Back To The Future: Part II (Trailer 1) 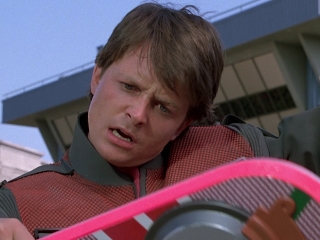 Back To The Future Part II: The Hoverboard Chase

Back To The Future Part II: Biff Gives Himself The Almanac 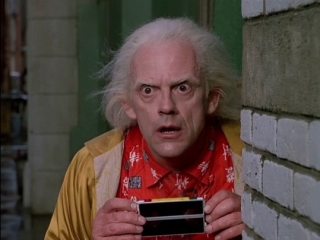 Back To The Future, Part 2 (Alternate Trailer)