Auschwitz: The Nazis and the "Final Solution"

I'd venture to say no one "expected" this. Nickelodeon is talking with veteran newswoman Linda Ellerbee about fronting a TV special that will cover for the tween and teen crowd such topics as love and sex, as a means of addressing the pregnancy of Zoey 101's 16-year-old star, Jamie Lynn Spears. In the past, Ellerbee has overseen Nick News programs about same-sex parents, AIDS, Columbine and President Clinton's impeachment scandal."I think it's important that something be done," Ellerbee tells the Associated Press. "But I think it's important that it be done in a measured way, and not just to feed the beast of news stories."A Nick rep confirms for the AP the discussions, but says no decision on the special has been made.What's your take? Shrewd move? Ratings grab? Are you scared one segment might involve Ellerbee, a banana and a Trojan?Related:&#149; Jamie Lynn's Pregnancy Gives Birth to Rumors&#149; Will Zoey Go On? Plus, Spears' Dad Is "Devastated"&#149; Jamie Lynn Spears Pregnant ...

OK, top this for a nightmare scenario: A disabled school bus is filled with kids who don't know each other, and who all suffer from obsessive-compulsive disorder, hyperactivity, depression, dyslexia, mood swings or other brain disorders. The bus actually broke down en route to the set of Linda Ellerbee's Nick News special What's Wrong with Me? (Sunday, 8:30 pm/ET on Nickelodeon). The funny thing is, everything turned out just fine. "They all bonded," Ellerbee tells TV Guide Online. "They made friends, and they all talked about what it was like to be with all these other kids who were like them. And later on, we grown-ups sat and thought that maybe this idea of 'mainstreaming' isn't really the right answer." One of those grown-ups was special guest Dr. Phil McGraw, whom Ellerbee was meeting for the first time. "From the moment he sat down on the set, every time he responded to a kid, he knew that kid's name," she says. "I judge grown-ups 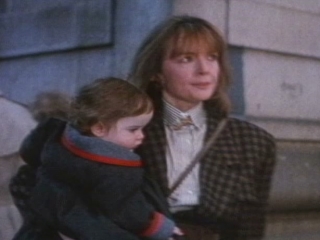