Make This Place Your Home

Looking Back at Elizabeth Taylor's Guest Stint on General Hospital

She was the biggest star on the planet and could do what she damn well pleased &mdash; and that included taking a job on a daytime soap! It's been 33 years since Oscar winner Elizabeth Taylor stunned Hollywood by appearing on ABC's General Hospital as villainess Helena Cassadine, who campily crashed the wedding of Luke (Anthony Geary) and Laura (Genie Francis) and put a curse on them that lasts to this day.

Daytime television's most famous couple of all time, Luke and Laura Spencer, are back in action on ABC's General Hospital, and the actors who have brought them to life for&nbsp;the past 35 years will reunite live on stage this Friday in Beverly Hills for a special&nbsp;Paley Center for Media panel discussion titled "General Hospital: Celebrating 50 Years and Looking Forward."

BJ's tragic death and heart transplant. Tracy Quartermaine looking on coldly as her father Edward appeared to suffer a heart attack. Sonny Corinthos watching in horror as his wife Lily was blown to bits in a mob hit. Single father Dr. Patrick Drake struggling to move on after the death of his HIV infected wife, Robin Scorpio. And Luke Spencer saving the world from the bloodthirsty Cassadines over and over again.&nbsp;&nbsp;

All that's missing are the mullets. A trip to the General Hospital soundstage these days feels like an express pass to the 1980s, especially during the filming of the big fan-fave event known as the Nurses Ball. The red-carpet soiree &mdash; airing April 5, 8 and 9 as part of the soap's 50th anniversary celebration &mdash; has Rick Springfield returning as Dr. Noah Drake, who will take to the stage and rock out "Jessie's Girl." Off on the sidelines, Frisco (Jack Wagner) is trying to woo back his Reagan-era love Felicia (Kristina Wagner), while Anna (Finola Hughes) is once again in the arms of her Duke (Ian Buchanan). And look, it's the long-lost Nurse B obbie (Jackie Zeman)! Fitness guru Richard Simmons, another '80s fixture in Port Charles, is on hand as the charity gala's pushy choreographer. But not even he can get these oldies sweatin'.

Exclusive: Investigation Discovery Soaps Up With New Daytime Block, Days of Our Knives

You gotta love a network that brings Guiding Light's Josh and Reva back together! Investigation Discovery has been kicking butt in the ratings with its true crime and love-gone-bad programs &mdash; the cable network currently ranks fourth in daytime with women 25-54 &mdash; and now it's setting a trap for afternoon soap viewers. On Aug. 20, ID will launch Days of Our Knives, a daily three-hour block (1:00 to 4:00pm, ET/PT) of themed programming hosted by some of the greatest stars of daytime drama, including Kim Zimmer, Robert Newman, Drake Hogestyn, Kristian Alfonso and the queen herself, Susan Lucci. 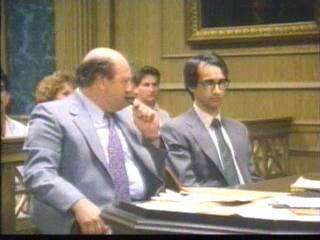