Emmy Watch: Streaming for a Win

Orange Is the New Black could lead to Emmy gold. The Netflix series is poised to become the first Outstanding Comedy nominee from a streaming service, just as House of Cards broke the drama barrier in 2013. (The Academy of Television Arts and Sciences has allowed programs from digital services to compete against broadcast and cable series since 2008.) Chances of earning some nods &mdash; nominations will be announced on July 10 &mdash; might increase, thanks to the buzz and marketing surrounding the launch of Orange's second season, which was released in its entirety on June 6. Netflix has focused much of its "For Your Consideration" Emmy campaign on the prison comedy, which didn't receive a series Golden Globe nomination for its first season but was nominated for Program of the Year and Outstanding New Program by the Television Critics Association as well as Best Comedy Series by the Critics' Choice Television Awards. House of Cards is expected to secure its second nod for Outstanding Drama Series.

There's another serious new player in the ever-expanding universe of online original-content providers (see: Netflix and Hulu) &mdash; and happily, Amazon's entry into this suddenly cluttered marketplace is not just seriously funny, but it's as bracingly timely as the latest exasperating political headline. Alpha House (three episodes bow Friday on amazon.com, with future episodes available to Amazon Prime subscribers) is satire at its most blistering and biting, delivered by a master of the trade: Doonesbury's Garry Trudeau, whose contempt for political cynicism, venality and hypocrisy doesn't keep the jaded protagonists of this bawdy, brazen comedy from being great company. The setting is a Washington, D.C., row house, home away from home for four Republican senators, led by the fearlessly outrageous John Goodman as a good-old-boy/former football star who's outraged to discover he won't be able to coast through his next election. (His new opponent: a legendary Duke coach. As someone observes: "You're like a retired god. He's active.")

Q&A: Amazon Studios Chief On How His Pilot Face-Off Will Work 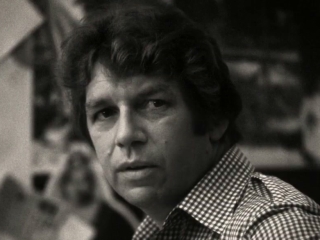