I Am Syd Stone

The L.A. Complex Season 2: New Faces, a New Couple and Another Near-Death

After a finale that included blood, fire, pregnancy and heartbreak, The L.A. Complex is back. When we last saw the residents of The Lux, Tariq (Benjamin Charles Watson) had been nearly beaten to death by his in-the-closet rap superstar boyfriend Kaldrick King (Andra Fuller), Abby (Cassie Steele) and Nick (Joe Dinicol) were officially a couple, Raquel (Jewel Staite) learned she was pregnant, Alicia (Chelan Simmons) booked the gig of a lifetime and Connor (Jonathan Patrick Moore) had purposely set his mansion on fire. When the series returns on Tuesday (9/8c, The CW), expect familiar faces to leave, newcomers to move in and immediate resolution to the freshman season's cliff-hangers.

A week before The L.A. Complex premieres on The CW, you can watch the first episode online now. Melrose Place 3.0? CW is buying the Canadian series L.A. Complex 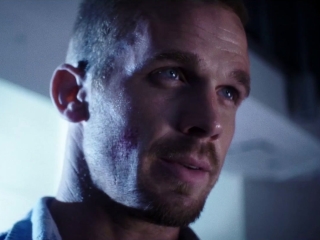