A sprawling, highly rated four-part paean to the Old West about two former Texas Rangers as they lead a cattle drive to Montana in the late 19th century. Based on Larry McMurtry's Pulitzer Prize-winning novel, the $20 million star-laden miniseries garnered seven Emmys (including one for director Simon Wincer) and a Peabody Award; and inspired an impressive sequel miniseries, 'Return to Lonesome Dove,' in 1993, and a weekly series a year later. 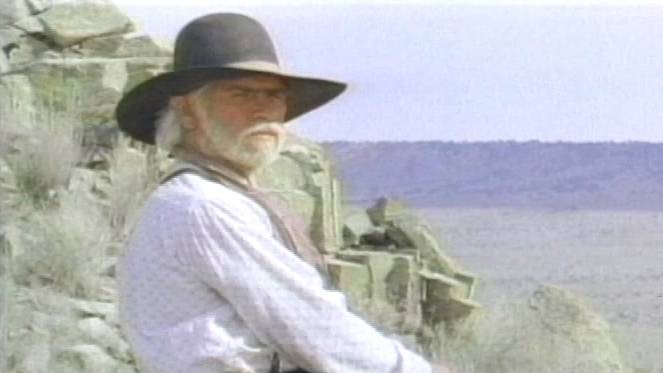 Giddyup and watch these old-school Westerns

My Two Dads was never like this. Which is partly the point of NBC's The New Normal, a biting yet sweet-at-heart sitcom that bucks current network comedy trends by actually being about something &mdash; in this case, a hot-button social issue so polarizing to some that at least one affiliate (in Salt Lake City) opted not to air the ...

They really don't make them like this anymore. And we're not talking about 12th-century Gothic cathedrals. The Pillars of the Earth, a sprawling historical melodrama based on Ken Follett's mammoth bestseller, conjures nostalgic memories of the days of yore, way back in the 20th century, when networks devoted entire weeks to "event" miniseries like Shogun, The Winds of War, The Thorn Birds, Lonesome Dove, to name a memorable few&mdash;although in this case, North and South is the best comparison...

It is, as they say out on the range, a sight for sore eyes to see Robert Duvall back on TV in AMC's first-ever original movie, Broken Trail. The two-part, four-hour film (airing Sunday and Monday at 8 pm/ET) stars Duvall as grizzled cowboy Print Ritter, who leads his estranged, taciturn nephew Tom Harte (Thomas Haden Church) on a harrowing horse drive from Oregon to Wyoming. The ragtag travelers embark on your classic Western odyssey, complete with smallpox, bloodshed and outlaws, but with a twist: Duvall, who also served as executive producer, was intent on putting people, not shoot-'em-ups, center stage. "I tried to say, 'Let's just keep this very s

12 Seasons
A New York crime drama focusing on a multigenerational family of cops that includes the city's police commissioner, his two sons and his retired father.
70   Metascore
2010 TV14 Drama, Other
Watchlist
Where to Watch

7 Seasons
A celebrated psychic-turned-detective with a powerful gift for observation investigates crimes.
65   Metascore
2008 TV14 Drama, Other
Watchlist
Where to Watch

The Bold and the Beautiful

35 Seasons
The high-glam soap about Los Angeles' fashionable and fertile Forrester clan was designed as a sister soap to the popular "The Young and the Restless", and quickly won ratings and global fans with cast crossovers, exotic remotes and fast-paced storylines about beautiful people behaving badly. In 2004, the show introduced a new family, the Marones.
1987 TV14 Drama, Soap, Other
Watchlist
Where to Watch

20 Seasons
This landmark adult Western centered on Marshal Matt Dillon of Dodge City.
1955 TVG Drama, Other
Watchlist
Where to Watch

49 Seasons
An iconic, enduring soap opera, this is the steamer set in Genoa City, where the Newman and Abbott dynasties stir it up in the bedroom and the boardroom. Best known for long-term love triangles, issue-oriented plots, a multi-ethnic cast and slick production values, 'Y&R' has been showered with Emmys, launched countless careers and spawned the equally lavish 'The Bold and the Beautiful.' Former cast members include Tom Selleck and David Hasselhoff.
1973 TV14 Drama, Soap, Other
Watchlist
Where to Watch