Exclusive: This Is What It Really Takes to Be Tough Enough

After four years off the air, the WWE and USA have brought back Tough Enough, the only reality show to offer every day people the once-in-a-lifetime chance to become a real WWE Superstar.

To get an exclusive look at what it really takes to be Tough Enough, I visited the WWE Performance Center in Orlando, Fla. to participate in the first few days of tryouts alongside the competitors. And let me tell you, these guys are not messing around!

The 6 most underutilized WWE Superstars

After a long day of physicals, photo shoots and mingling, all the competitors are gathered together to meet the coaches: WWE icons Booker T, Billy Gunn and Lita. Sadly, most of these hopefuls would be sent home by the end of the week, either eliminated by the coaches or injuries, with only 13 of the 40 going on to compete on the series.

Next up, the hardest part of the day - for me at least - the interview with the coaches. I'm not exactly the best public speaker, but after hours of anticipation I was ready to go up and give them my Diva best. Unfortunately, that didn't exactly go as planned.

See that face up there? That is the face of total embarrassment you only experience when standing slack-jawed in front of three of the best Superstars of all time with no idea what to say.

But even though the coaches destroyed me during the interview portion, they really are there to help the competitors in any way they can. Sometimes, tough love is just what it takes to weed through the competition. And when all was said and done, Billy Gunn gave me an awesome pep talk, which I definitely needed for what came next.

I am about as far from an athlete as possible. But fortunately for me, the first night of training - which was scheduled for a grueling three hours - didn't include any bumps, throws or grapples. But that doesn't mean it wasn't incredibly hard. Here I am making my calves want to kill me, shuffling around the ring under the watch of trainer Matt Bloom.

One of the training aspects that was surprisingly challenging was the basic tumbling, including the forward roll, right and left shoulder rolls, and backward roll. I hadn't done a somersault since I was a child, let alone multiple ones in quick succession with a bit of running in between. By the end of the drill, I was completely dizzy and out of breath, but I also felt pretty awesome because - with a lot of help from Billy Gunn - I eventually learned how to do a backward roll. I didn't know it was possible to be so proud of a somersault until that day.

For more behind the scenes action, check out Tough Enough: The Competition Special Tuesday at 8/7c on the WWE Network. And don't forget to tune into Tough Enough every Tuesday, staring June 23, at 8/7c on USA. 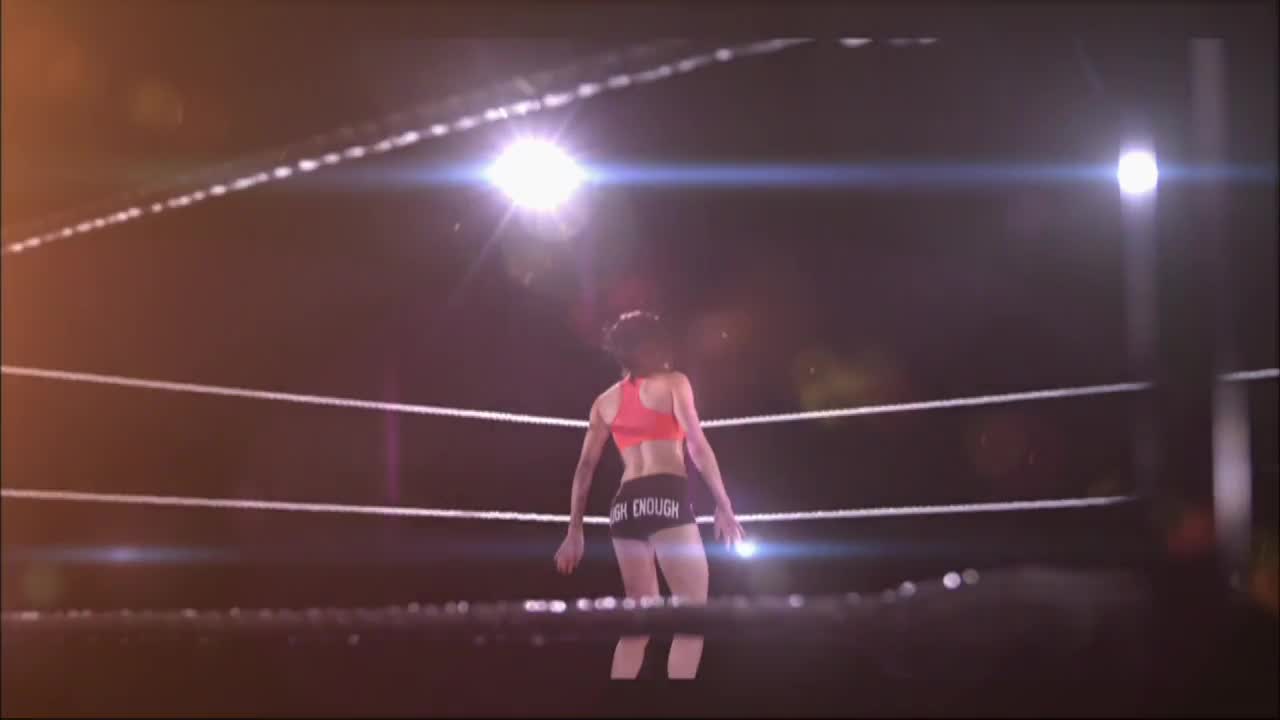