11. Best Adrenaline Rush: NBC's Trauma is always tense, but this week's shooting rampage seriously had us on edge — especially when it turned out the wife of EMT Boone (Derek Luke) was stuck in the building.

10. Worst Kiss: What's the best way to prove to your roommate that you're not stalking her? Make out with her, according to Heroes! Yes, Claire and Gretchen's lip-lock has been talked about for a while now, but from a story standpoint, it is as out-of-the-blue as it is desperate — and not in that starry-eyed, longing kind of a way.

9. Best Self-Deprecation: In an otherwise unremarkable episode of Saturday Night Live, host Drew Barrymore uses her monologue to remind viewers that she is the scion of a legendary acting family. She shows "clips" of several of their performances (Ibsen, vaudeville, and blaxploitation among them), in which the actors all speak with Barrymore's distinctive half-lisping Valley Girl inflections. Kristen Wiig nails it.

8. Worst Transplant: CBS apparently decided to air Three Rivers' first and second episodes in reverse order, so on Sunday, we meet transplant coordinator Ryan Abbott on his first day at the hospital. This would be fine, if we hadn't already met him and watched him run around with organs in coolers a week earlier. You know, already working there. But who needs continuity, right?

7. Worst Pink Slip, Part 1: After almost killing Dr. Bailey's kidney-transplant patient on Grey's Anatomy, Izzie becomes the latest casualty of the Seattle Grace-Mercy West merger. Reading from a HR-mandated script, the Chief is emotionless as he's forced to kick Izzie out of his hospital for the second time. Worse, Izzie's husband, Alex, voices concerns about her abilities, which results in a heartbroken Izzie leaving Alex a note in his locker before leaving town.

6. Best Flashback: Shelley Long joins the insanity on Modern Family as estranged, kooky matriarch DeDe Pritchett. She's there to apologize for "the incident," which we learn was an off-color toast she made at her ex's wedding that morphed into a full-on racist attack on the bride, who DeDe calls "Charo" because she's of Colombian descent.

5. Best Revelation: On FlashForward, we finally meet the enigmatic Simon (Lost's Dominic Monaghan). In the final scene of the episode, he claims responsibility for the worldwide blackout that is the show's raison d'etre, and implicates Lloyd in the mess as well. Just like that. So I guess they're the bad guys then?

Let's FlashForward and Get Lost with Sonya Walger

4. Worst Pink Slip, Part 2: When Mad Men's Sal refuses the come-on of the heir to the Lucky Strike fortune, the client demands that Sal be fired. Don, who already knows Sal's secret, doesn't believe his story and cans him, noting that even if Sal's story were true, he should give the client what he wants. "You people," Don says with disgust. Sal's face betrays his utter heartbreak at losing Don as an ally.

3. Best Reason to Weep for U.S. Education System: On The Amazing Race, fewer than half of the nine teams are able to identify Jacqueline Kennedy Onassis in a photograph of her 1967 visit to Cambodia. Brothers Sam and Dan think she's a "queen or a princess"; Canaan specifies Queen Elizabeth. Mika offers the best possibility when she suggests that Onassis is "definitely somebody of the Cambodian descent." Um, not exactly.

2. Best Misunderstanding: On 30 Rock, Jack asks Liz to hire a new performer for the show. So as not to upset the fragile egos of the other actors, Liz and Pete lie about their clandestine meetings and say they're sleeping together. (Or "intercoursing," as Liz puts it.) The topper: Pete's wife overhears the lie and decides that if Pete wants Liz, then she is welcome into their love-making.

1. Worst Feeling: A sickened America watches a giant Mylar balloon sail across Colorado, hoping that 6-year-old Falcon Heene isn't trapped inside. The balloon makes a soft landing, but with no kid on board. And that's when the sick feeling returns, as the family (which has appeared on Wife Swap twice) does several TV interviews that reveal a confusing story about the incident — and Falcon's very nervous stomach. 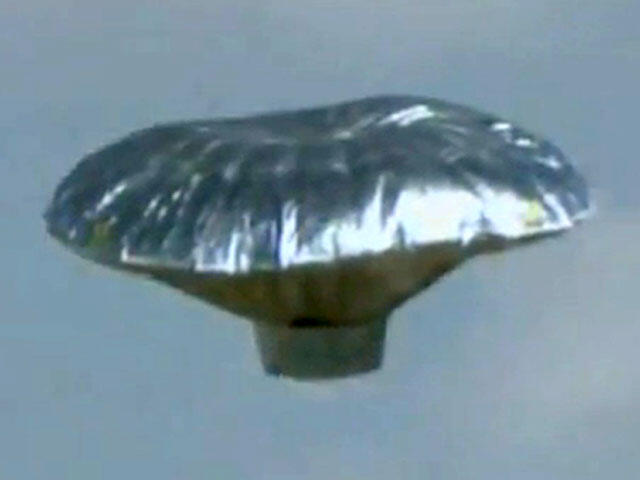