Top Moments: Rethinking Kanye West, the Beatles and The Event

Television made us rethink what we thought to be true this week. The Event told us that dead people were alive. The Good Wife reintroduced a sex scandal we long thought over. Mad Men's Joan crushed our dreams of seeing her couple up with Roger Sterling. Glee's Chris Colfer reimagined the Beatles. And an artful performance by Kanye West allowed us to reconsider Saturday Night Live as a venue for progressive musical happenings. Welcome to Top Moments: Up Is Down Edition.

Television made us rethink what we thought to be true this week. The Eventtold us that dead people were alive. The Good Wifereintroduced a sex scandal we long thought over. Mad Men's Joan crushed our dreams of seeing her couple up with Roger Sterling. Glee's Chris Colfer reimagined the Beatles. And an artful performance by Kanye West allowed us to reconsider Saturday Night Liveas a venue for progressive musical happenings. Welcome to Top Moments: Up Is Down Edition.

12. Best Unintentional Zombie Homage: In the final scene of The Event's third episode, a soldier hears something while patrolling the makeshift morgue where the victims of Avias 514 lie. A cough. Then another. Quickly we realize that the corpses are no longer, in fact, dead. They're all waking up, including Michael Buchanan, the pilot whose intention was to kill them all.

11. Worst Dad Award: During an all-day record party at his studio, Crosby gets an urgent call asking him to pick up his son on Parenthood. Instead of just admitting he's sloshed at noon, he asks his autistic nephew's learning aide (who he just may have a crush on) to drive him. Things get worse when his girlfriend's brother smells the alcohol on Crosby's breath and decks him. Worst. Hangover. Ever.

10. Grossest Interrogation: Boardwalk Empire's agent Van Alden takes his investigation of the liquor robbery to a whole new level. Van Alden, desperate for answers from a witness who is dying from a shotgun blast to the gut, digs his hand into the infected wound to coerce a confession about Jimmy's involvement before the witness dies.

9. Best Montage: It's Always Sunny in Philadelphia gives its awesomely trashy take on a classic training montage when Mac has to train for his big shot at fame: a chance to take one shot on the net, from center ice, during a Flyers game. The training involves a mullet wig, vomiting raw eggs, getting checked into the glass, and, um, learning to skate.

8. Best Callback: Now that interest in Peter Florrick's sex scandal on The Good Wife has started to die down, the call girl with whom he was caught decides it's a great time to film a racy video, dressed in lingerie and a choir robe. She threatens to derail Peter's campaign with an innuendo-laden song about how he's "good at coming from behind" in the polls and his belief that when it comes to sentencing, "the stiffer, the better." Bonus points for making the song catchy!

7. Worst Laid Plan: After the Modern Family earthquake, while Claire is locked in the bathroom with the plumber, Phil hurries to anchor a bookcase to the wall — a job he told Claire he had done months ago — to avoid telling her that it nearly fell on Luke. He recruits his kids in his deception. "I got scared because the cabinet didn't fall down," Luke says, unconvincingly.

6. Hunt for Red Doc-tober: The Phillies' Roy "Doc" Halladay pitched the second no-hitter in major league baseball's postseason history Wednesday. Halladay, who jawboned his way into being traded to a contending team so he finally could pitch in the playoffs, made a stunning debut, culminating with a dribbler in front of home plate that catcher Carlos Ruiz pounced on and threw to first for the final out. Oh, and the 33-year-old likely Cy Young winner pulled off another rare feat: He became only the fifth pitcher in baseball history to pitch two no-hitters in a season. (He pitched a perfect game in May.)

5. Toughest Rejection: On Mad Men, Roger seeks solace in Joan's arms after lying to the entire company about his efforts to persuade Lucky Strike not to leave Sterling Cooper Draper Pryce. But Joan — in decidedly unsexy pajamas — overcomes her weakness for Roger, side-stepping his come-ons and sending him on his way: "I'm not a solution to your problems; I'm just another problem," she says. Roger leaves, devastated that their impromptu last assignation was — apparently — their end.

4. Worst Product Placement: We understand the need to pay the bills, but product placement on television must be handled deftly. Take Running Wilde, in which Steve has lunch with his employees at Wilde Oil and they serve him up a bucket of chicken. "Man, this chicken is so good," Steve coos, practically into the camera. This scene segues into a commercial for the very chicken they're eating, and the icky effect is complete.

3. Most Tactful Grave Dancing: The Monday after CNN fired Rick Sanchez for calling Jon Stewart a bigot, Stewart used his own show to bemoan the fact that Sanchez's firing has rendered moot a planned Daily Show sketch. "Doing the whole bit now seems kind of mean," he said. "But you got to have just a taste of it." In a segment titled "Hurty Sanchez," Stewart shows footage from Sanchez's show and The Office to point out the striking similarities between Sanchez and fictional boob Michael Scott. Stewart suggests that NBC has a perfect replacement for Steve Carell: "Sanchez is available."

2. Best Cover: Kurt Hummel might be an atheist, but on an episode of Glee dedicated to spirituality, he declares his belief in his dad's love with a plaintive, stripped-down version of the Beatles' "I Wanna Hold Your Hand." It's accompanied by a foggy montage of Burt and Kurt's relationship in the wake of Mrs. Hummel's death, which puts a new spin on the Fab Four's cheery ode to courting.

1. Best Showstopper: Try to remember anything that happened on Saturday Night Live this week besides Kanye West bounding frantically around an ethereal, all-white set, dressed in a red suit and crown, surrounded by 30 alternately angelic and sinister-looking dancers. If you can't, then that should tell you how dramatically he reinvented the show's kinda-boring musical numbers.

What were your favorite TV moments of the week? 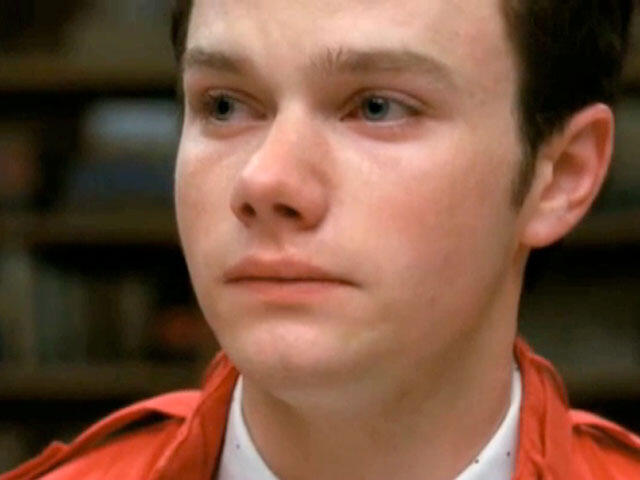