Is Theon dead or could he be headed for a fate worse than death on Game of Thrones? [Spoilers! If you haven't watched "Valar Morghulis" yet, then it's best not to continue reading. You've been warned.] In the Season 2 finale, Theon Greyjoy (Alfie Allen) gives a rousing battle speech just before he's betrayed by his own men from the Iron Islands. The last we see of the former ward of Winterfell is a burlap bag being placed over his head as he lay unconscious.

Is Theon dead or could he be headed for a fate worse than death on Game of Thrones?

[Spoilers! If you haven't watched "Valar Morghulis" yet, then it's best not to continue reading. You've been warned.]

In the Season 2 finale, Theon Greyjoy (Alfie Allen) gives a rousing battle speech just before he's betrayed by his own men from the Iron Islands. The last we see of the former ward of Winterfell is a burlap bag being placed over his head as he lay unconscious.

Game of Thrones' Kit Harington: Jon's soul is ripped out in the finale

Of Theon's ambiguous fate, Allen tells TVGuide.com: "You can see it any way you want, really. You get the vibe of it because, prior to me dying or being knocked out or whichever way you want to see it, someone else gets killed in quite a brutal way. So you think, 'If they've done that to him, why aren't they killing him in that same way?' So you think they might be taking me... to sell me off to someone for a high price because I am worth a lot of money at the end of the day."

Whether Theon is dead, being sold or has another appropriately cruel Game of Thrones destiny awaiting him remains to be seen. Allen isn't divulging any spoilers, and has had quite a bit of practice keeping mum about the show's signature twists when people have tried to worm secrets out of him. "You've got to be a little bit on your guard," Allen concedes. "You just don't want to ruin things for people out there... I feel quite sorry for the people who haven't even gotten into Season 1, who read articles about it in the newspaper or in the magazines, and it so blatantly talks about Ned Stark's death. It's ruined it for them straightaway before they start watching it. It would be great if you could just leave it to surprise, but it's only so long you can hold back on spoilers."

Aside from spoilers, fans also ask him about Theon's part in the deaths of the two boys who were passed off as Bran and Rickon Stark (Isaac Hempstead-Wright and Art Parkinson) . "They ask if Theon knew whether [they were] the boys or not, or whether it was all kind of hidden from him... I think he knows. When he has the scene with Yarra and she says, 'You're killed the two Stark boys. They're worth way more to you alive than dead,' you think, he could say,'"It's not the Stark boys, don't worry.' But people have said in history if you're going to tell a lie, make sure it's a big one. And I think if you're going to do something that big, then you've got to follow through with it or else people are going to constantly be doubting you."

Theon's character has polarized fans of the show, who either hate or love to hate the womanizing traitor. "It annoys me when people can't differentiate between the character and the actor, which is a little bit silly," Allen admits. "But there have been plenty of people who, especially people in the industry, have said, 'You've given the character a whole different dimension.'"

And even though Allen is the son of British actor Keith Allen and the younger brother of singer Lily Allen, he doesn't identify with Theon's constant attempt so outshine his sister or impress his father. "It's a bit of a sticky subject for me because I don't really want to think of it in that way," he says. "But when people talk about it, I can see how they would. Mine and Lily's relationship is certainly nothing like Theon and Yara's. And my dad and me get along fantastically well, so I'm definitely not seeking his approval in any way."

Check out the rest of Allen's interview in the video below, in which he addresses that scene with Yara (Gemma Whelan) on the horse, Theon's only power and former UK Deputy Prime Minister John Prescott: 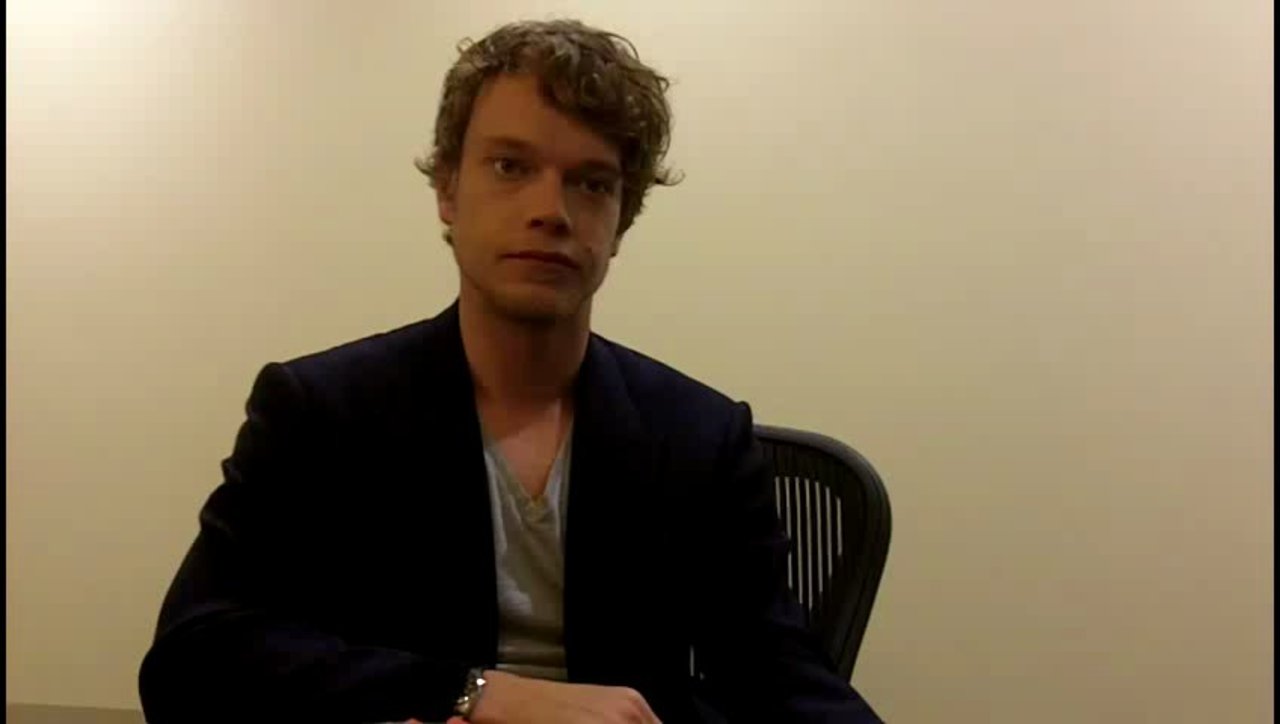 Do you love to hate or just plain hate Theon? What fate do you hope awaits him?