Fringe Video: How Will the Final Season End?

As Fringe prepares to launch its fifth and final season, speculation runs wild on how the Fringe Division &mdash; or what's left of it in 2036 &mdash; will be able to save the world from the Observers, who run rampant in the future after enslaving humanity back in 2016. "It's the worst position they've ever been in," executive producer J.H. Wyman tells TVGuide.com. "Just by the very nature of an Observer, they think much faster than you, they have abilities that you do not have. They just know more about everything, about time and space. They're going to have to really get it together to beat these guys." Comic-Con: 8 Things to know about Fringe's fifth and final season (It's in the future!) To refresh, the show trekked to 2036 in Season 4's 19th episode, "Letters of Transit," in which...

As Fringeprepares to launch its fifth and final season, speculation runs wild on how the Fringe Division — or what's left of it in 2036 — will be able to save the world from the Observers, who run rampant in the future after enslaving humanity back in 2016.

"It's the worst position they've ever been in," executive producer J.H. Wyman tells TVGuide.com. "Just by the very nature of an Observer, they think much faster than you, they have abilities that you do not have. They just know more about everything, about time and space. They're going to have to really get it together to beat these guys."

Comic-Con: 8 Things to know about Fringe's fifth and final season (It's in the future!)

To refresh, the show trekked to 2036 in Season 4's 19th episode, "Letters of Transit," in which Simon (Henry Ian Cusick) and Etta (Georgina Haig), who turned out to be Olivia (Anna Torv) and Peter's (Joshua Jackson) grown-up daughter Henrietta, freed the famed Fringe team from amber in order to rid the world of the Observers.

However, bringing the team back together when the show returns doesn't guarantee it'll be as easy as solving Fringe cases have been over the last four years. As we saw in Episode 19, what lies in Walter's (John Noble) mind could be the key to their salvation; it's just getting him to remember everything that will be the tricky thing.  "He's not a whole man," Noble says. "He's damaged to some degree and will be further damaged, and he needs to find a way to go back and gather everything he knows to reclaim his memory to use that to resolve the issue that we have with this common enemy. We are going to be damaged in the process. It's a war, so all of us will be damaged getting there."

Now that most of the Fringe team have been reunited — aww, Peter and his daughter Henrietta met cute last season! — it's time for Olivia to rejoin the team. The fifth season will pick up the following day after the team's train ride at the end of the Episode 19. "It's going to be a big family reunion," Jackson says. "It takes on a slightly different flavor than I think you would anticipate. It happens quite quickly off the top of the season and it's as emotional as you would imagine, but not quite the reunion that you're expecting."

Check out our complete Comic-Con coverage

That's because Olivia never wanted a child, which she explicitly said in Season 3's flash to the future, and hinted at by her big pause in the Season 4 finale just before she told Peter the news. "Probably in her mind it's, 'How can you bring in a baby when your two parents are prepared to go out and die for their job every day?'" Torv says, noting that Olivia's reunion with Henrietta might not go smoothly.

"It's like, 'Bam! Here's your 25-year-old kid,'" Torv says with a laugh. "I would love it if they just met and got on and had this awesomely close, great, loving relationship, but I have a feeling that they'll have issues to work through. It'll be interesting because we spent four years looking at this father-son dynamic, to then have a look at these two women working through the same kind of stuff."

How the Fringe team landed in amber when the Observers arrived will also be answered, but Wyman asked that fans ponder these questions before heading into the final season: "What happened?" he says. "How did they get in amber? The day the Observers arrived, what did it look like? How did Olivia and Peter and everyone get separated? Why were they all together? Why was Bell there? The history will surprise you when you realize there's a lot of emotions going on for reasons that you don't know yet, but you will."

Now that the Fringe team is trying to take down the Observers, they'll be in even more danger than we've ever seen them in before. "It's a really scary world for them out there," co-star Jasika Nicole says. "This is the first time there's a small number of good guys and a whole world of bad guys instead of the other way around, so they have to be secret, they have to go around in disguises and not be seen by the Observers because the Observers know who they are, they know that they're out of amber and they're on a mission to find them, so it's really, really scary for them, so they have to watch out for their lives while trying to save the world at the same time."

As for the series finale, Wyman says it may be left open-ended for at least some characters. "I want to feel that my questions are answered, but I feel like the characters that I love meet an end that they deserve that makes me feel good and makes me feel like, 'Wow, I've really been through something and now I understand what it was all about,'" he says. "On the other side of it, it also makes me want to feel like the next day when I get into my car, I want to feel like I can still imagine what they're doing. I can imagine there's a future and they are somewhere. That was my biggest thing."

Nicole has her own theory for the end of Fringe that we hope comes true: "They very well could save the world in the future, get possession of the world back and then go back to where they were before they were ambered and live the 20 years that they didn't have a chance to live," she says. "It would be amazing for Olivia and Peter and their child. That would be so good for everybody."

Regardless of how the Fringe team bids farewell, Jackson says fans will appreciate the end of the series. "Having a general sense of where we end, I think it will be a satisfyingly unexpected ending to the whole story," he says.

The fifth and final season of Fringe premieres Friday, Sept. 28 at 9/8c on Fox

How do you want to see Fringe end? Check out  the cast and Wyman discussing the final season in the video below: 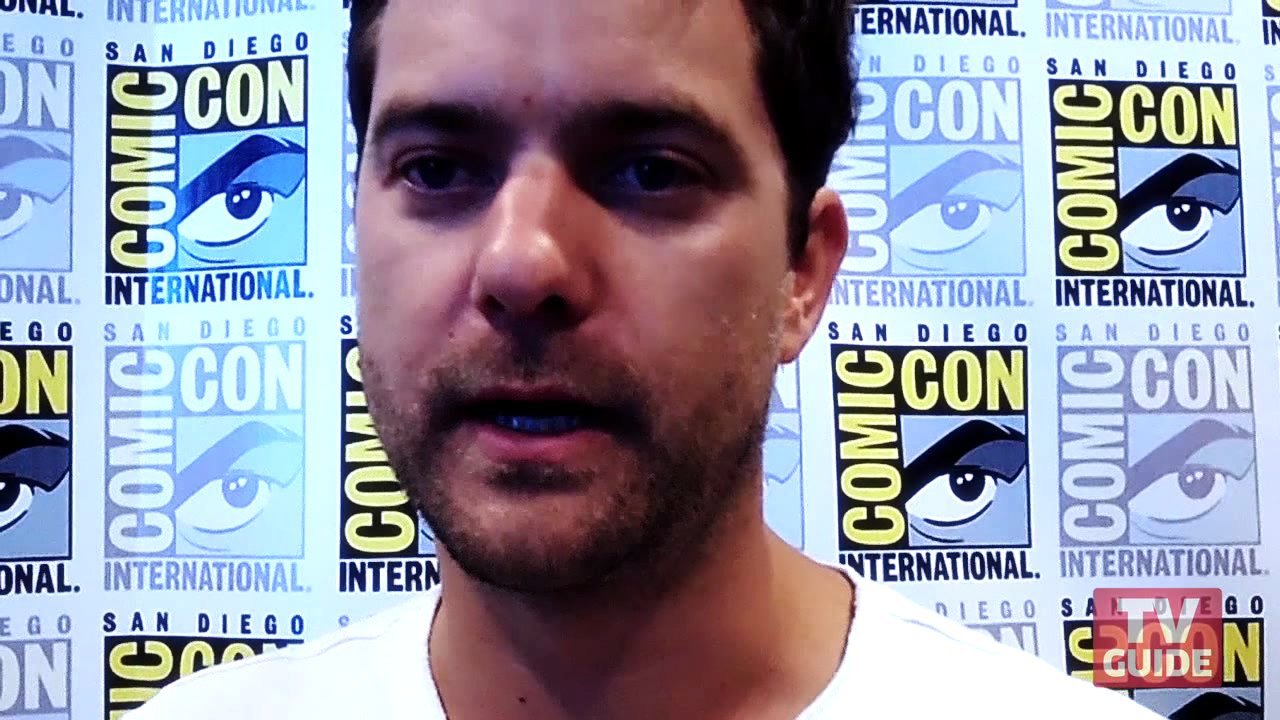