[Warning: This story contains major spoilers from Thursday's episode of Elementary. Read at your own risk!] Irene Adler is alive! That's the bomb Elementary dropped on both Sherlock Holmes (Jonny Lee Miller) and the audience Thursday after a mysterious man claiming to be Moriarty led Holmes straight to his one and only love. Sherlock had long believed Irene (Natalie Dormer) to be dead after discovering a healthy amount of her blood in London. But she is, in fact, alive, having been held captive for the last 18 months. This, of course, raises the question: Why now? With Sherlock hot on Moriarty's trail, how will Irene fit into all of this? TVGuide.com turned to Dormer to get the scoop on Irene's return. Plus: Check out an exclusive sneak peek of the extended season finale promo below! Elementary Scoop: Will Moriarty's introduction send Sherlock spiraling out of control?

[Warning: This story contains major spoilers from Thursday's episode of Elementary. Read at your own risk!]

That's the bomb Elementarydropped on both Sherlock Holmes (Jonny Lee Miller) and the audience Thursday after a mysterious man claiming to be Moriarty led Holmes straight to his one and only love. Sherlock had long believed Irene (Natalie Dormer) to be dead after discovering a healthy amount of her blood in London. But she is, in fact, alive, having been held captive for the last 18 months. This, of course, raises the question: Why now? With Sherlock hot on Moriarty's trail, how will Irene fit into all of this? TVGuide.com turned to Dormer to get the scoop on Irene's return. Plus: Check out an exclusive sneak peek of the extended season finale promo below!

Tell us about this version of Irene Adler and how you play her.
Natalie Dormer:
When I went into the meeting with [executive producer] Rob Doherty to talk about playing her, we talked about how you have to choose an angle at how to play Irene depending on who your Sherlock is. The wonderful thing about the way Rob writes Elementary is that Sherlock has this issue of his addiction and this darkness and this vulnerability that he has due to being an addict. You could argue it's a nice nod to the Arthur Conan Doyle novels in a way that other incarnations of modern-day Sherlocks don't actually pick up on. So for me and Rob to have a conversation on how to tackle Irene, you're very much aware that Irene Adler has to be the woman, the only woman who has ever gotten under the skin or close to — to terrorize or to invigorate — Sherlock. She's intelligent, fiery, and Rob said she's got a bit of the devil in her. She's a nice yin to Sherlock's yang. She's stimulates him mentally as well as other areas, as we all know that's what Sherlock responds to: being challenged and stimulated mentally. She's a good foil. She makes him feel alive and feel human.

In present day, she's been held captive for a long time, so what is the initial interaction like between Sherlock and Irene?
Dormer:
They've both been traumatized. She essentially has been incarcerated for 18 months and he's been incarcerated within himself and dealing with his addiction, so they've both gone through a heavily traumatic experience. It's that thing when you've been incredibly close to someone — the closest you can be to someone on a mental and emotional level — and then you go through trauma that changes you, then how do two people who have been so close react to each other when they meet as if they're strangers? They've both come out of the other side that has altered them and their sense of self and identity and everything they thought and knew and believed about themselves. It's really interesting to play. It's a gift of a role and a story line for that reason because the chemistry is obviously still there. There was a bond between them which can never be denied and yet they're strangers at the moment because of what they've been through. It's very human in that it's a heightened version of what it is to lose someone or the love of your life and find them again and the trauma in that.

What's going to surprise us about what we learn about them in flashbacks and how they first met?
Dormer:
The audience has known Sherlock for 21 episodes. They've created this incredible show — Lucy [Liu], Jonny and Rob — with his quirkiness, his genius and his idiosyncrasies. So now, the audience, after 21 episodes, have gotten to a place where they think they know the rhythm. Sherlock and Watson have found a rhythm, their friendship has blossomed, and the audience is feeling confident and familiar with the repartee that happens between Sherlock and Watson. And what happens is Irene walks back into Sherlock's life and Watson is complete on the back foot because she doesn't recognize Sherlock and the audience doesn't recognize Sherlock. This is a side of Sherlock that you haven't been privy to in those 21 episodes. It informs all the other stuff, the mysterious stuff that you still don't know about him. It's like there's a rewind. It's like the disjointedness and the tension in the relationship between Sherlock and Watson in the early episodes because this is a side of his personality that he hasn't revealed to anyone, be it Watson or the audience. That's what Irene does to him, which is love, right? Isn't it lovely to know that even the great Sherlock Holmes, the quirky and genius Sherlock Holmes, is vulnerable to love as we all are?

Why now? Why has Moriarty apparently brought Irene back into Sherlock's life now?
Dormer:
That will definitely be explored. There's a grand scheme going on; there's a manipulation going on obviously. It's just such a savvy idea to put the two episodes of the finale together as a two-hour special because it means that it has this feel of a mini-feature. There's a whole beautiful arc in the last act of the season of the show. It's a really clever idea to put the two acts back-to-back at the end. It will be highly rewarding and ratchet up by a number of gears to provide a thrilling finale to the end of Season 1.

In some iterations of the Sherlock tales — for instance, the Robert Downey Jr. films — Irene actually works with Moriarty. Will we see something similar here?
Dormer:
In the Arthur Conan Doyle books, Irene Adler is a con woman and there's an ambiguity about her. She leans a little to the left side of the law in a — I don't want to say harmless, because that's the vainest thing to say — but she is a bit of a con woman. She intrigues Sherlock because she's this independent, slightly wiley individual anyway. This is an interesting thing for the audience to explore. How much do they trust her? Because they fear and feel for Sherlock because he's their hero. It's a really interesting thriller in that way. It's a good heist-esque movie in that way. It's working out where the sincerity is and what's real and what isn't. It won't disappoint, I promise you.

What can you tell us about the hunt to track down who was behind her captivity in the finale?
Dormer:
You're going to find that Elementary brings a really refreshing, novel twist to a really interesting line to the classic Sherlock story. You mentioned that the other incarnations, be it Benedict Cumberbatch or Robert Downey Jr. or earlier films, what is so special about this show is the way it harnesses an individuality. I was so pleasantly surprised by Rob's twist and reimagining. It's a whole reimagining and it stands on its own. I was very proud to be a part of it for that reason.

And in this incarnation, Watson is a woman, so Sherlock now has two women in his life, though it's not romantic between him and Watson.
Dormer:
Exactly! It's the first time [that] could be perceived as a triangle. There's commentary there about Watson and Sherlock and that it is platonic. Rob has very cleverly given himself a whole arsenal of tools by making Watson female, so you're going to see a different dynamic with Irene turning up that you've never seen before.

What kind of interaction will she have with Watson?
Dormer:
Probably not what you'd assume, actually. You probably immediately leap in your head to thinking it was just going to be a bitch fight. [Laughs] Two women and one man — it's only going to go one way. But actually, this whole idea of two's company, three's a crowd, the assumption viewers are going to make is not actually going to happen.

How do you feel about Irene Adler's arrival? Check out an exclusive extended promo of the Season 1 finale below and hit the comments! 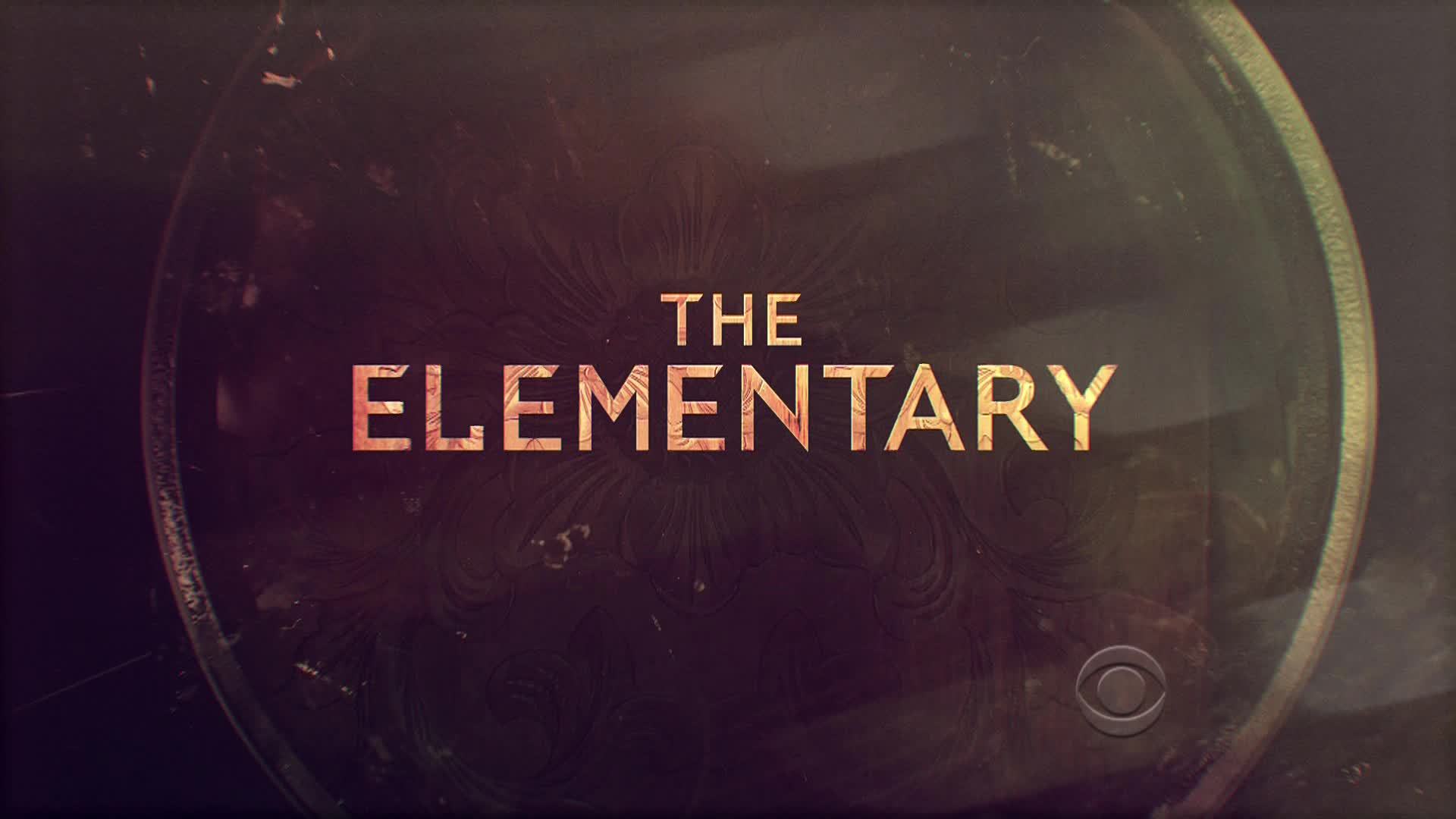 (Full disclosure: TVGuide.com is owned by a joint venture between CBS and Lionsgate.)