Criminal Minds' Shemar Moore on Revisiting Morgan's Past: We Needed to Do It

Will Morgan finally get closure on his painful past on Criminal Minds?Shemar Moore thought he did six seasons ago when the BAU's resident tough guy revealed that he had been sexually abused by his mentor Carl Buford (Julius Tennon) as a pre-teen and confronted Buford to in a successful attempt to arrest him. But then came a pitch earlier this season from writers and producers. TV Scorecard: What's canceled?"They came to me and said, 'We have a follow-up that we'd like to do. Would you be willing to go there again?'" Moore tells TVGuide.com. "Honestly, I expected it to be a one-time thing. [Season 2's] 'Profiler, Profiled' was a really good episode. I'm proud ...

Will Morgan finally get closure on his painful past on Criminal Minds?

Shemar Moore thought he did six seasons ago when the BAU's resident tough guy revealed that he had been sexually abused by his mentor Carl Buford (Julius Tennon) as a pre-teen and confronted Buford to in a successful attempt to arrest him. But then came a pitch earlier this season from writers and producers.

"They came to me and said, 'We have a follow-up that we'd like to do. Would you be willing to go there again?'" Moore tells TVGuide.com. "Honestly, I expected it to be a one-time thing. [Season 2's] 'Profiler, Profiled' was a really good episode. I'm proud of it and I think it can still stand on its own, but I was definitely interested in exploring it again. I was like, 'Really? As long as we do it right.' Then I heard the pitch and I realized, of course, we needed to do it. And I think — I hope — we did it right."Wednesday's episode (9/8c, CBS) will bring Morgan and the BAU back to his Chicago hometown on a seemingly routine case in which an unsub is targeting middle-aged men. But the killer's M.O. links him back to Buford, leading the team to surmise that the unsub was another one of Buford's victims and Morgan to reopen old wounds. "What I like about it is that they took a sensitive topic, but they didn't retell it; they took it to the next place," Moore says. "Sexual abuse and molestation are huge issues that are happening every day, everywhere. This happens. And it's not over when you catch the guy. There are scars. Morgan reiterates something he said in the first one: If he really thought he was the only one, he's wrong. There's never just one. Before, you saw the 'good' outcome, I guess you can say, in Morgan, who became an FBI agent. Now you see the other outcome."Even more determined to solve the case, Morgan voluntarily offers to interrogate Buford in prison — a far cry from his reluctance to reveal his abuse to Hotch (Thomas Gibson) in "Profiler, Profiled." Morgan's eagerness is not just for himself, but for all abuse victims, Moore believes. "Because of his position in the FBI, I think Morgan needed to confront him and to show how far along he's come from the abuse," he says. "He had a choice to make as far as letting it die or taking the next step to help other people who don't have a voice, like [the unsub], get closure. But you see afterward how difficult it really was for him to talk to Buford. I loved it because you get to see layers to the character of Morgan and you got to understand him and that he's not just a guy who kicks down doors and says 'baby girl' to Garcia [Kirsten Vangsness]."

Spring Preview: Get scoop on your favorite returning spring shows

While six years might seem like a long time to have a "sequel" of sorts, when it comes to closure on sexual abuse, there is no timetable, Moore says. That's what he's learned from Criminal Minds consultant and former FBI profiler Jim Clemente, who co-wrote the episode and on whom Morgan's abuse is based. "It's very close to Jim's heart," the actor says. "He was victimized when he was young. He's talked about it on Oprah and a bunch of places over the years, but it's not something you can talk about right away either. It takes time."I'm just honored they chose me through which to tell this story," Moore continues. "I was honored the first time and I am again now. As an African-American — I'm half-black, half-white — it was also important because molestation is usually something you take to the grave in the black community. ... But it's not a black story; it's a universal story. I knew this wasn't about me having a good episode to show that I can act; it's about the message. There are people out there who have gone through this, who have been victimized through molestation, and we want to do them justice."Though Moore is thrilled to have revisited the story line again, he says that it is "definitely over" after this episode, and the final moments will serve as a moving and fitting punctuation for the arc. "At the very end ... Morgan is that voice for all the different possibility of choices victims could make. Whether it's good or bad, it doesn't mean it's over for you," he says. "It doesn't mean you don't have a chance. That's why I love the title: 'Restoration.' But it's restoration and evolution. People grow."

So what new story lines would Moore like to tackle next for Morgan? "Well, we need a pickup first!" he quips. Criminal Minds was not one of the 14 shows CBS renewed last week, but Moore expects the procedural to return for Season 9. "Some of the actors are up for renegotiations and some of the writers are up for renegotiations. It's just politics, but I think we'll be back," he says. "Then we can start talking about what's next for Morgan."Criminal Minds airs Wednesdays at 9/8c on CBS.(Full disclosure: TVGuide.com is owned by a joint venture between Lionsgate and CBS.) 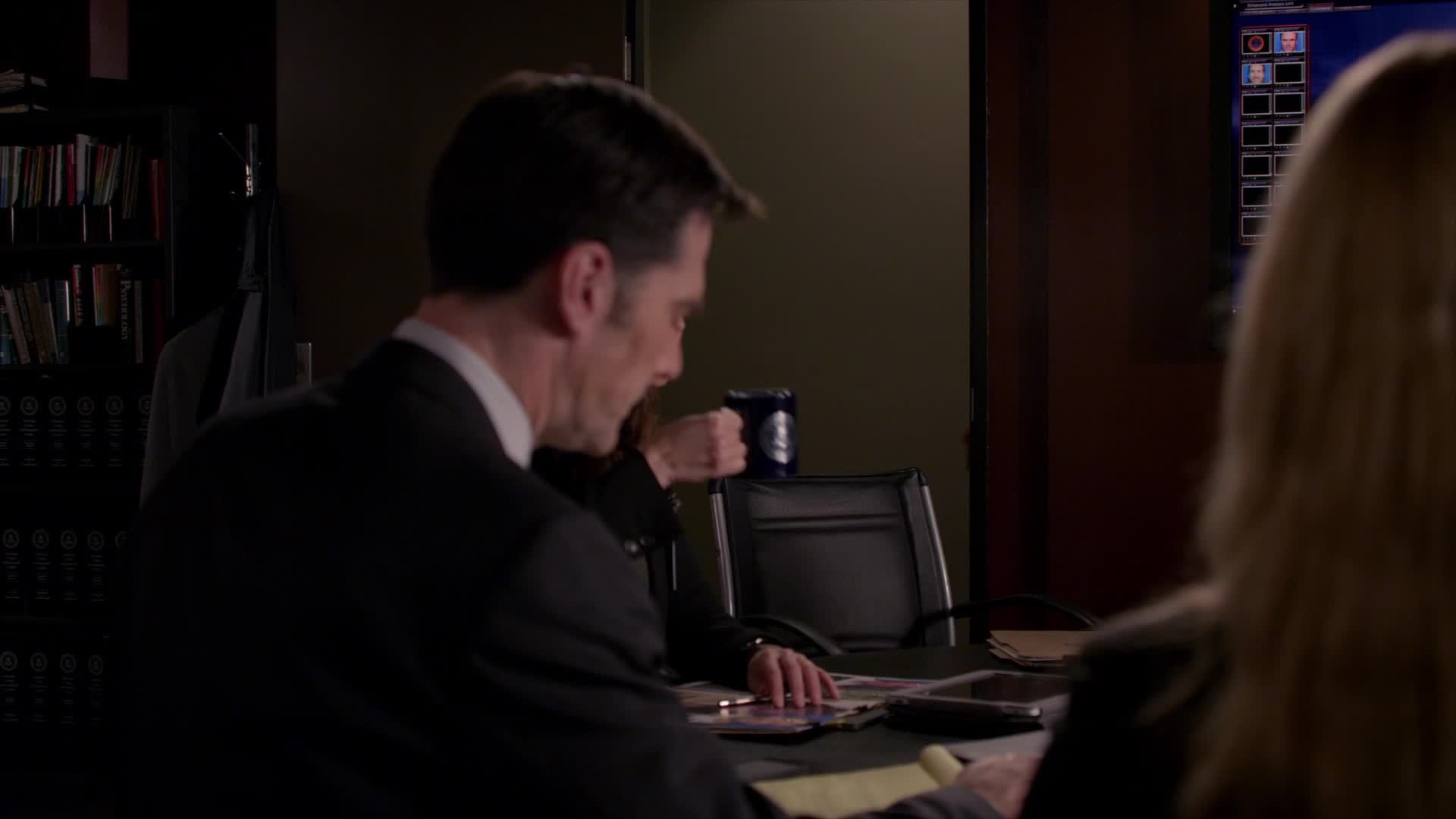