Bachelorette's Harrison: Andi and Josh Act Like They've Been Together for 10 Years Already

After one of the toughest seasons in the show's history &mdash; and certainly the most tragic &mdash; The Bachelorette has ended with a happy engagement. The last suitor to exit the limo on the first night, Josh caught Andi's attention immediately, but she remained skeptical of him because he was a former pro athlete. Still, the Tampa native remained a frontrunner and eventually won her over. In fact, she was so smitten that she dumped Nick the morning of the final rose ceremony. After Andi was finally able to profess her love, Josh got down on one knee, proposed and she said, "Yes!"

After one of the toughest seasons in the show's history — and certainly the most tragic — The Bachelorette has ended with a happy engagement.

The last suitor to exit the limo on the first night, Josh caught Andi's attention immediately, but she remained skeptical of him because he was a former pro athlete. Still, the Tampa native remained a frontrunner and eventually won her over. In fact, she was so smitten that she dumped Nick the morning of the final rose ceremony. After Andi was finally able to profess her love, Josh got down on one knee, proposed and she said, "Yes!"

But it wasn't all hearts and rainbows at the show's live "After the Final Rose" show on Monday night. Nick, still deeply hurt by rejection, confronted Andi, and even revealed that they had been intimate in the fantasy suite. But Andi and Josh didn't let the moment cloud their coming out night — and today, host Chris Harrison says they're as ridiculously happy as ever.

I spent some time with Andi and Josh today and they're ...
Chris Harrison: All over each other!

Video: The Bachelorette's Andi and Josh share the one moment they wish made it on air

So do you think she knew all along?
Harrison:
She did a good job of keeping her mind open and going through this and that was the toughest thing. It's important and it works if you continue to let it. If you shut down and get tunnel vision, well, if that person doesn't turn out to be who you thought then the relationship is over and you've squandered a wonderful opportunity. So the toughest thing is to convince Andi you can look beyond Josh and it's OK. It doesn't mean you won't pick them, but put everything to the test. Not only does it keep your mind open to other things, but it continues to test what you have with Josh. It gives you a litmus test.

The Bachelorette Finale: Who did Andi choose?

Given Hy's response to Juan Pablo, were you surprised he gave both men his blessing?
Harrison:
I got to know Hy and we played golf together in the Dominican Republic and had dinner from time to time and he said all along — and I understand because I feel the same way about my kids — you raise your kids to make good decisions and then it's your belief and your hope that they will make good decisions. It's not your hope you will have to make them for them. As he told me, I raised her to be a strong independent woman and that's who she is and she's going to make her decision. He said, "I trust Andi and if she comes back with a smile on her face and says 'I love this guy' then I believe her; it's not for me to give permission. I give my blessing, but I'm not going to make the choice for her." He believes whoever she was bringing home to introduce would be worthy of that. And I think they knew too, they said we know who it's going to be.

Do you think Andi letting Nick go early was the right move?
Harrison:
It really doesn't matter at that point, he was already in the mindset he would propose. Is it really nicer or more gentle? They can think so. As you saw it didn't make a difference for him. But if it makes her feel better that's great, but you're still breaking up with someone and that's tough.

What you didn't see during The Bachelorette "Men Tell All"

Did you think he'd react the way he did?
Harrison:
Not at all, I was really surprised. I kind of thought from past experience it would ease and go away but it just didn't with him. Whatever he thought they had was so believable and real that he couldn't imagine it not to be that way for her. He was just so blindsided, like, "There was no way I was feeling it and she wasn't."

What were you thinking when he said, "Why did you make love to me?"
Harrison:
Andi and I talked about it during the commercial and she said, "What was that?!" But she wasn't really upset. He was a mess, he was almost a puddle of a man last night and from Andi and I's perspective he was shaking like a leaf. I don't even know if he knows what he said. He didn't intentionally take a shot at her, he was speaking and rambling and I don't think he stopped to think we're on live TV. It's something that came to his mind and it came out. I don't think he was in a place to have malice in his heart or get revenge, I really think he was just talking. She handled it with class and dignity and it was unfortunate, but it's a valid question! It just goes to the main point that he just doesn't understand how he could've felt something and it wasn't reciprocated. Man, he was so nervous and frazzled.

Were you upset he stole their thunder?
Harrison:
No, that's the whole point of the show — you wrap up what needs to be wrapped up. Andi and Josh weren't a question, and really what more would you have gotten out of Josh and Andi that you didn't get? We had two segments with them being happy and excited, so it was fine. It would've been an injustice not to pay off what was going on with Nick behind the scenes.

How would you rate the season overall?
Harrison:
Overall I thought it was a very good season. It was a challenging one and one that was oddly tested. We were very challenged with the Eric situation on how to handle it, and it changed how the season went and the whole ebb and flow. We're all stronger and better for it and I wouldn't change anything but at the same time ... I guess it's part of the job. But think of all that's happened, good, bad, tragic and on the other end you have this engaged couple.

So, any advice for them and do you think they'll make it?
Harrison:
I think luckily the first five hurdles are cleared. They are already sneaking to each other's houses, their families I think have already connected, honestly, they're over a lot of the crazy hurdles you have to get over, like, "Where do we move, will our families like each other?" So I fully expect them to continue to grow and continue to love each other. I haven't talked to Josh a whole lot off-camera, I've talked to Andi a lot more and we text a lot and she couldn't be happier. It reminds me of Sean and Catherine where it doesn't look new and forced. When you're with Josh and Andi you really feel like you're with a couple who's been together for 10 years already.

What did you think of this season? Make sure to watch our interview with Josh and Andi: 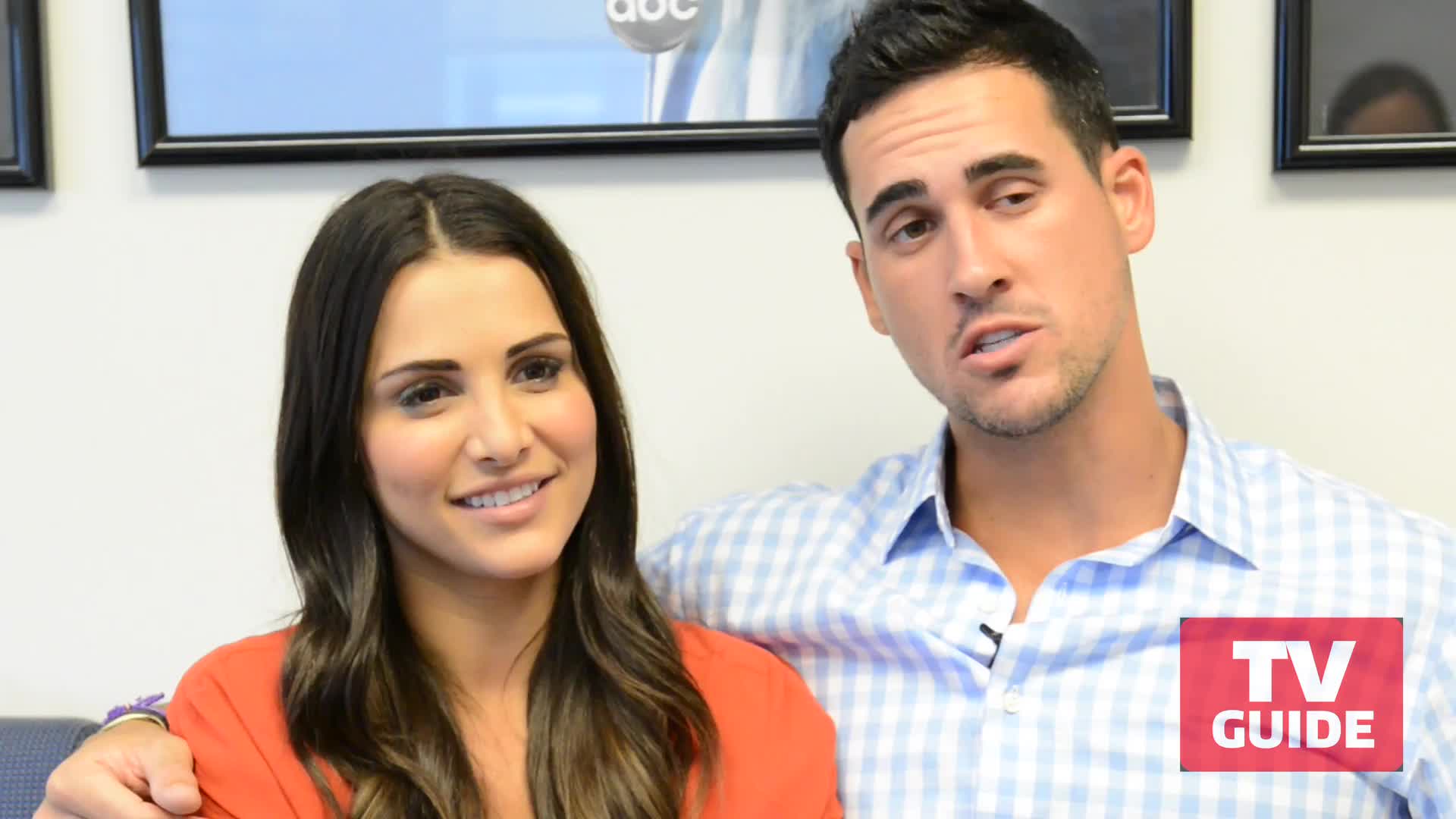