American Idol: Who Went Home? What Was the "Twist"?

Personally, I was hoping the "twist" on American Idol that Ryan Seacrest had teased repeatedly this week was going to be that the show would just crown Amber Holcomb the winner four weeks early and call it a day. Unfortunately, that wasn't the case. So, what was the surprise? Keep reading to find out.

Personally, I was hoping the "twist" on American Idolthat Ryan Seacresthad teased repeatedly this week was going to be that the show would just crown Amber Holcomb the winner four weeks early and call it a day. Unfortunately, that wasn't the case. So, what was the surprise? Keep reading to find out.

As Idol circles the drain winds down to the final weeks of its 12th season, one of the more interesting things to observe about the competition is how Fox can possibly manage to fill a 60-minute timeslot each week ahead of the approximately 30 seconds it takes to announce who's going home.

Have the American Idol judges already decided this year's winner?

On Thursday, the filler fluff came first in the form of a group performance of Alicia Keys' "Girl on Fire" — during which, to be honest, even the contestants (with the possible exception of "In It to Win It" Angie Miller) looked bored, wearing wearied "let's get this over with" expressions. Amen, sisters. That was bookended by the girls doing charity work and hanging out with Seacrest for a day.

Then, viewers were treated to a "5 Things We Don't Know About You" personality quiz for each of the final four. Oh, and guess what? The only contestant who successfully named five things about herself in 20 seconds was Amber! What a shocker! And in what could only be described as one final effort by Nigel Lythgoe to beat viewers over the head with who they should and shouldn't be voting for, one of Kree Harrison's 5 Things was literally "She sucks!!!" after a flustered Kree blurted out, "Ah, I suck at this!" UGH.

(Not) coincidentally, Amber was also the first finalist whom Seacrest pulled on stage to revisit her performances from Wednesday. In response to Jimmy Iovineagain slamming Amber's selection of "MacArthur Park" for her one-hit wonder number Wednesday, Randy Jackson defended Idol'sChosen One, chastising Iovine, "It's about the singing!" (Except, apparently, in the case of Kree, Angie and Candice Glover — who have all delivered pitch-perfect performances in the past that earned middling feedback from the judges due to the songs themselves.) Afterwards, Seacrest gamely told the audience, "Anything can happen!" Keep telling yourself that, Ryan.

Who will win American Idol?

Next up was Kree's recap, so the audience again got fed the narrative of her needing to "redeem herself" and Iovine saying that she failed to do so Wednesday. Then, as he did with Amber just minutes prior, Seacrest gave Kree a chance to defend herself and the judges' panel a chance to counter Iovine's criticisms. Oh wait, just kidding. He didn't. Kree took a seat and Seacrest tossed to Idol alum Stefano Langone, who performed a song no one will remember tomorrow. "Yes to Love," maybe? No one cares.

The downward spiral continued as Seacrest used Candice's review to rehash Wednesday's dustup between Jimmy Iovine and Nicki Minaj — whom Iovine amusingly compared to a "middle linebacker" as she stormed the stage — and which, again, tied back to Amber's performance. Candice's critique, thankfully, also included a surprise appearance by her idol/crush Drake, who said that he'd love to collaborate with Candice and commended her version of "Find Your Love" from Wednesday. Hooray for a bright spot in what was otherwise a pretty dark night in the Idol universe. (Unless you're among the Idol conspiracy theorists, who presumably live for nights like this one.)

VIDEO: What did Janelle Arthur tell the other Idol girls before her elimination?

Next up: Idol alum performance No. 2, from Lee DeWyze, and then Angie Miller's turn to rehash. Iovine said Angie "won the night hands down." And then, unlike with Kree and Candice, the judges (namely Mariah Carey) were given the opportunity to give Angie advice on how to keep going in the competition.

At long last, on to the results. The girls were divided into two groups: Amber and Candice, and Angie and Kree. After a commercial break, Seacrest revealed that Candice and Amber were the bottom two and Kree and Angie were the top two. (Cue Lythgoe's eye starting to twitch because his plan is not going to, well, plan.)

Check out all the performances from this week's Idol

Then things got interesting. (Or predictable, depending on your point of view). No one sang for the save. No one was sent home. All four girls were safe, and we'll all be back next Wednesday to start the rigmarole all over again. For the record, everyone's votes from this week will carry over to next week, and Thursday's rankings will be determined by the totals.

So, what did you think? Were you surprised by the rankings, or the fact that no one went home this week? And do you think all the contestants are getting equal treatment at this point? Weigh in below — and check out TVGuide.com's interview with last week's castoff, Janelle Arthur, here: 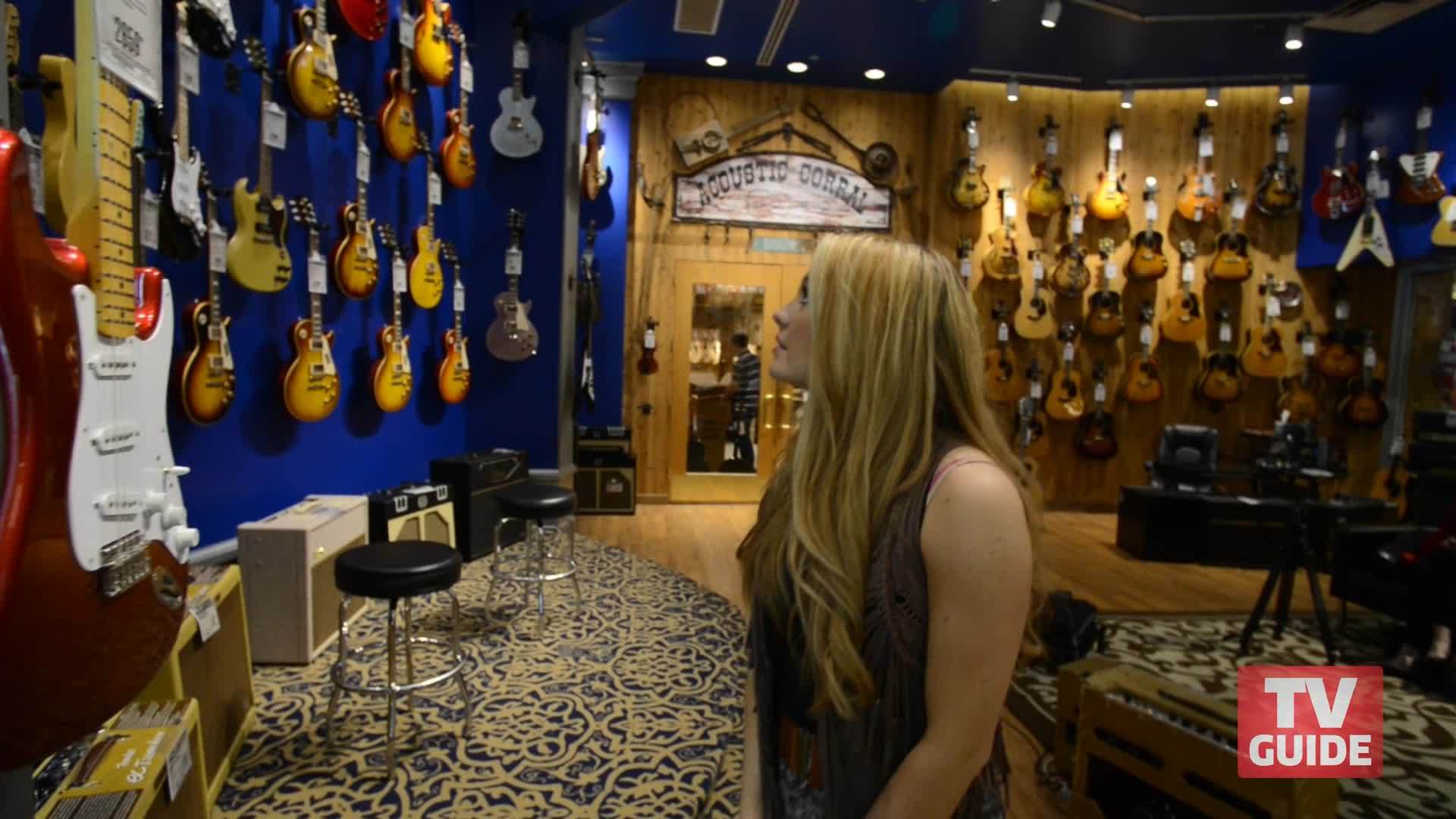 American Idol airs Wednesdays and Thursdays at 8/7c on Fox.