ABC has renewed Once Upon a Time, Scandal, Grey's Anatomy, Revenge, Castle, Marvel's Agents of S.H.I.E.L.D., Nashville, Dancing with the Stars, Modern Family, The Middle, The Goldbergs, Last Man Standing and Resurrection, and given series orders to Shonda Rhimes drama How to Get Away With Murder, American Crime, Marvel's Agent Carter, The Whispers, Forever, Secrets and Lies, and comedies Black-ish, Selfie, Manhattan Love Story, Galavant, Cristela and Fresh Off the Boat, TVGuide.com has learned.

How to Get Away With Murder is a sexy, suspense-driven legal thriller about a group of ambitious law students and their brilliant, mysterious criminal defense professor (Viola Davis) who become entangled in a murder plot that will rock their entire university and change the course of their lives. Grey's Anatomy producer Peter Nowalk will write and executive-produce with Rhimes and Betsy Beers' Shondaland. Liza Weil , Billy Brown, Katie Findlay, Matt McGorry, Aja Naomi King, Jack Falahee, Alfred Enoch, Charlie Weber andKarla Souza will also star in the project, which landed on TVGuide.com's most promising pilots list.

Agent Carter stars Captain America's Hayley Atwell as the titular agent dealing with a serious blow as she finds herself marginalized when the men return home from fighting abroad in 1946. Working for the covert SSR (Strategic Scientific Reserve),  Peggy must balance doing administrative work and going on secret missions for Howard Stark all while trying to navigate life as a single woman in America, in the wake of losing the love of her life — Steve Rogers (Chris Evans). Resurrection's Tara Butters and Michele Fazekas will executive-produce with Steve McFeely, Christopher Marcus and Jeph Loeb.

Previously titled The Visitors, The Whispers is a drama about the race against the clock to defeat an unseen alien enemy out to destroy the world using our most precious resource against us. Juno's Soo Hugh will write the project from Steven Spielberg's Amblin TV. Barry Sloane, Milo Ventimiglia, Lily Rabe, Derek Webster, Brianna Brown, Kylie Rogers, Catalina Denis and Kyle Harrison Breitkopf will star.

Secrets and Lies stars Ryan Phillippe as Ben Garner, a man who goes from Good Samaritan to murder suspect after he discovers the body of his neighbor's young son in the woods. As Detective Andrea Cornell (Juliette Lewis) digs for the truth, the secrets and lies of this town come to the surface and no one is above suspicion. Private Practice's Barbie Kligman will executive-produce with Aaron Kaplan, Tracey Robertson and Nathan Mayfield. KaDee Strickland, Natalie Martinez, Clifton Collins Jr., Indiana Evans and Belle Shouse round out the cast.

Black-ish stars Anthony Anderson as an upper-middle-class black man who struggles to raise his children with a sense of cultural identity despite constant contradictions and obstacles coming from his liberal wife (Tracee Ellis Ross), old-school father (Laurence Fishburne) and his assimilated, color-blind kids. Anderson and Fishburne will executive-produce with writer Kenya Barris (Are We There Yet?) and The Daily Show's Larry Wilmore. Marsai Martin, Miles Brown, Marcus Scribner and Yara Shahidi will also star.

In Selfie, a self-obsessed, twentysomething woman (Karen Gillan) is the subject of a viral video made after a humiliating public breakup. When the video makes her an Internet celebrity for all the wrong reasons, she hires a marketing expert named Henry (John Cho) to help restore her image. Suburgatory creator Emily Kapnek will write and executive-produce the project inspired by My Fair Lady. David Harewood, Tim Peper, Da'Vine Joy Randolph and Allyn Rachel will also star.

In the fairy-tale musical Galavant, handsome Prince Galavant (Joshua Sasse) is on a quest for revenge against the king (Psych's Timothy Omundson) who stole his one true love (Mallory Jansen). Dan Fogelman will write and executive-produce with Oscar-winning composer Alan Menken writing the music. Vinnie Jones, Karen David and Luke Youngblood will also star.

In Cristela, the titular character (Cristela Alonzo) is finally on the brink of landing her first big (unpaid) internship at a prestigious law firm. The only problem is that her pursuit of success is more ambitious than her traditional Mexican-American family thinks is appropriate. Written by Alonzo and Kevin Hench, the comedy will be executive-produced by Marty Adelstein, Becky Clements and Shawn Levy. Carlos Ponce, Terri Hoyos, Andrew Leeds and Sam McMurray will also star.

Previously titled Far East Orlando, Fresh Off the Boat is a '90s-set comedy about a hip-hop-loving Asian kid (Hudson Yang) growing up in suburban Orlando, being raised by an immigrant father (Randall Park) obsessed with all things American and an immigrant mother (Constance Wu) often bewildered by white culture. Apartment 23 creator Nahnatchka Khan will write and executive-produce with New Girl's Jake Kasdan. Forrest Wheeler and Ian Chen will also star.

Will you watch any of these new shows? Are you sad Suburgatory, Super Fun Night, Trophy Wife, Mixology and The Neighbors were canceled? And if you can't get enough of ABC's stars, check out Scandal star Kerry Washington's Watchlist below: 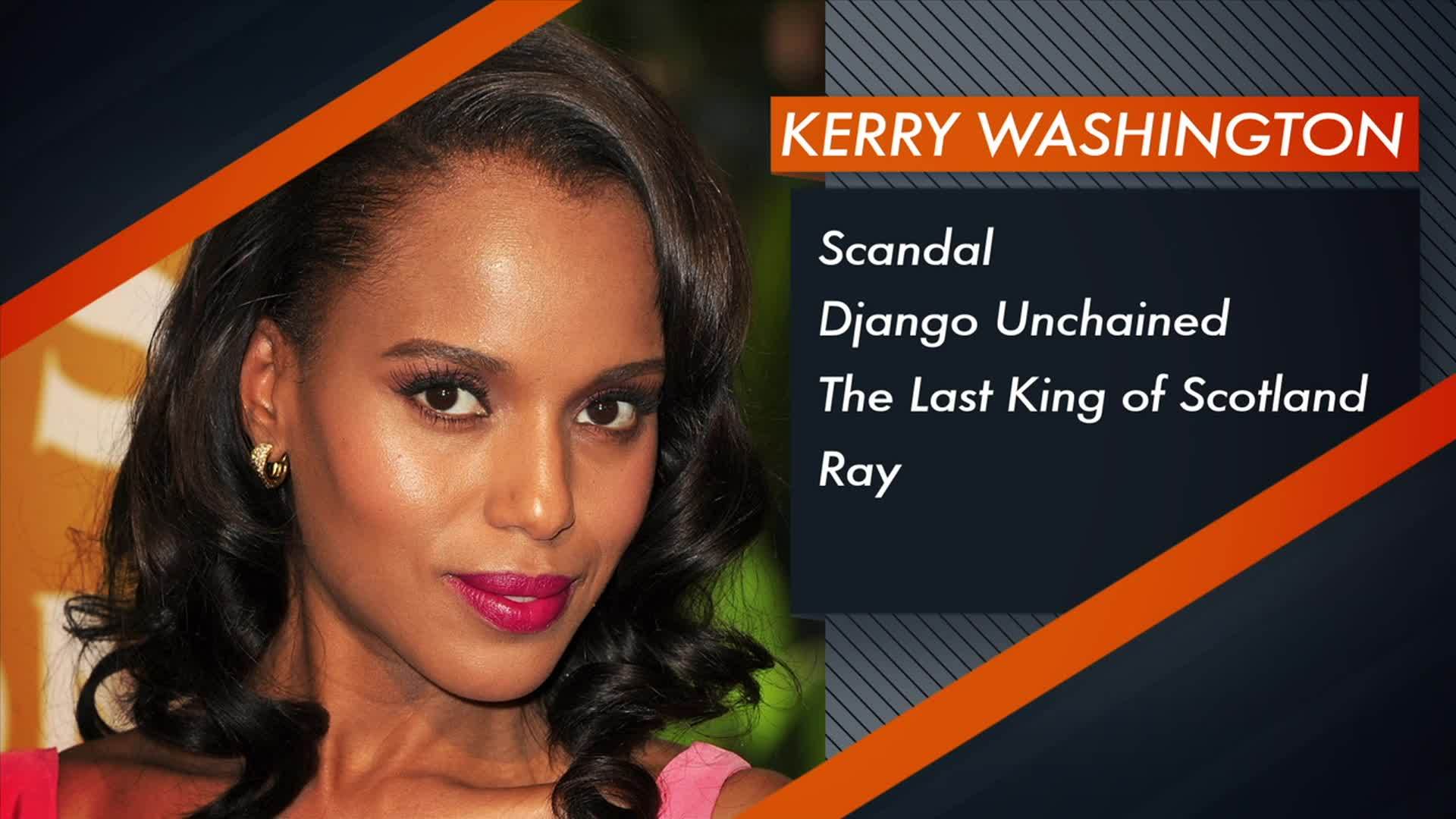