America Ferrera&nbsp;has landed her first full-time, post-Ugly Betty&nbsp;role. According to&nbsp;Deadline, Ferrera will star in the hour-long dramaDemascus, which has been given a put pilot commitment from CBS. Ferrera will also executive-produce with&nbsp;Ugly Betty's&nbsp;Teri Weinberg. Nick Osborne will write. &nbsp;

Accepting Peabody Awards Monday night on behalf of Ugly Betty and The Office (both products of his Reveille production house), newly appointed NBC Entertainment cochairman Ben Silverman said that "inspirational, fun" and demographically diverse fare such as Betty is what he has in mind for the Peacock: "I'm looking forward to imbuing that into programming. I want to amplify that and pump it up."Silverman, says the Reporter, also spoke to the status of The Apprentice, which he believes could still emerge as NBC's American Idol &#151; once it is determined exactly why the Donald's ratings went so, so south. In the meantime, Silverman has tapped Teri Weinberg, who at Reveille helped develop Betty and The Office, to serve as executive vice president of NBC Entertainment, shepherding new projects with the heads of comedy and drama development. 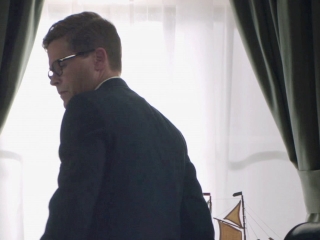