Hulk Hogan filed a civil suit against ex-wife Linda Bollea Thursday, claiming she defamed him in her new book Wrestling the Hulk &mdash; My Life Against the Ropes, according to the St. Petersburg Times. In the book, and subsequent interviews to promote it, Bollea claims that Hogan...

Hulk Hogan Remarries, But Not Without a Fight

Hulk Hogan wed girlfriend Jennifer McDaniel in Clearwater Beach, Fla., but not without a rumble, People reports. The wedding was interrupted by a fight that prompted a visit from the police...

Nick Bollea, reality TV star and son of professional wrestling icon Hulk Hogan, has been released from a Florida jail after serving five months for causing a serious car crash. According to the Associated Press, Bollea, now 18 years old, was released from Pinellas County Jail Tuesday morning, where he served his sentence after pleading no contest to causing the accident in May. He was arrested last year after he lost control of his speeding Toyota Supra and crashed into a tree, permanently disabling his close friend and Iraq War veteran John Graziano. Bollea could've spent up to five years in prison ...

Hulk Hogan's son, Nick Bollea, was seriously injured when his car hit a raised median, flipped around and slammed its rear into a palm tree Sunday evening on Route 60 in Clearwater, Florida. Bollea and an unidentified male passenger were extricated from the totaled car by paramedics, then airlifted to Bayfront Medical Center in St. Petersburg, where their injuries were assessed as serious and critical, respectively.Alcohol is not believed to have played a role in the crash. Rather, extremely high speed is considered the culprit.UPDATE: Nick's mother, Linda Hogan, says in a statement to TV's Extra, "Nick suffered minor injuries and has been treated and released from the hospital. At this time his friend, John Graziano, remains hospitalized. Nick is currently at the hospital with John and his family. His sole concern is for the well being of his friend. On behalf of my family, we ask that your thoughts and prayers be with John and his loved ones." 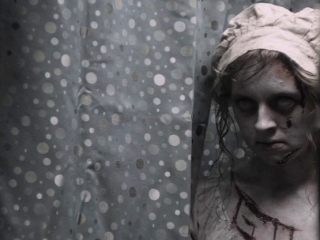