Meet the Men of We Are Men

Move over, Two and a Half Men &mdash; CBS now has four grown men.The network's new, testosterone-heavy comedy We Are Men premieres Monday (8:30/7:30c) and follows Carter (Chris Smith), who, after he's left at the altar, moves to a short-term apartment complex, where he befriends ...

Move over, Two and a Half Men — CBS now has four grown men.
The network's new, testosterone-heavy comedy We Are Men premieres Monday (8:30/7:30c) and follows Carter (Chris Smith), who, after he's left at the altar, moves to a short-term apartment complex, where he befriends a motley crew of bachelors, played by Jerry O'Connell, Kal Penn and Tony Shalhoub, all of whom have been through or in the middle of bad breakups.

"Rob Greenberg, who created the show, told us we're all different emotions he felt when he went through his divorce," O'Connell tells TVGuide.com. "My character Stuart is anger. Gil [Penn] is in denial of a divorce. Chris' is naïve. Frank [Shalhoub] is the Zen master. He's Phil Jackson of divorces, where it's like, 'Everything's going to be OK. This is a path we're going down. One door closes. Another opens. This is all for the best. Just relax.' I think it's cool that you get to see the different angles of how you can deal with a breakup and how guys help each other through them."Get the 411 on the men of We Are Men below from the men who play them.CARTERRomance resume: Dumped at the altar by Sara (Fiona Gublemann), aka the only woman he's ever slept withDescribe him in three words: "Dopey, charming and green."What's next: Starting over, which includes fulfilling his dream of becoming a basketball coach and actually setting foot into the dating scene for the first time. "He has no idea what he's doing at anything," Smith says. "So these guys take him under their wing and he's learning to just pick up girls. Dating's not easy for anyone." Carter might not have to look too far for a new girlfriend: He starts to "get closer" to Frank's daughter Abby (Rebecca Breed). "Frank notices. Frank knows everything. There's some tension there," he says. "I need to tread lightly." Smith's worst breakup: "You know Dallas BBQ in New York and those Texas-sized drinks they serve? When I finished that, it was really hard. I couldn't let go of that."

STUARTRomance resume: In the middle of his second divorce and hiding his assets from his wife until the divorce is settledDescribe him in three words: "Anger, hubris, broken." [Ed. Note: "Shirtless" and "Speedo-wearing" were not allowed.]What's next: Learning from the master, aka Frank. "I think I, Stuart, came to the apartment complex, I met Frank, I was going through my second divorce, I was at rock bottom, and Frank helped me rise from the ashes. I think he has all the game in the world," O'Connell says. "I like to think my character has the most to learn from Frank. I'm probably the most volatile and I could use the most advice." And needless to say, prepare yourself for more teeny-tiny Speedos. "That's like my whole wardrobe here," O'Connell says. The other guys have ones too, but you won't see them.  "After the pilot, I got all four of us Speedos and we all wear them underneath our bathing suits in solidarity," Penn reveals.O'Connell's worst breakup: "My girlfriend ran away with my best friend, and I've missed him ever since."

GILRomance resume: Thrown out of the house after his wife, with whom he has a young daughter, caught him having an affairDescribe him in three words: "Loving, naïve and... hung. He was caught in the world's worst affair."What's next: Gil is still desperately begging his wife to take him back, so don't expect any flings or one-night stands with him. But he does have one lady in his life: his daughter. "These guys are trying to remind him that he's pretty much divorced even though they're still technically just separated and his daughter gets in the middle," Penn says. "Gil is always thinking about his daughter first and foremost other than dating stuff. That's a fun angle to play with, particularly when you're on a show about four bachelors. I'm curious to see in the first 13 [episodes] how that plays out and whether I get to date and whether the daughter is the one who helps me move on. But right now, moving on for Gil is getting back together with his wife."Penn's worst breakup: "When I was working at the White House, I had to take a sabbatical from the White House to shoot Harold and Kumar, and then I got to finish [my tenure] at the White House, but in the middle, that breakup was really tough."FRANK
Romance resume: Four-time divorcee and ladies' man who's never met a younger woman he didn't likeDescribe him in three words: "I'm going to use three three-word adjectives: Devil-may-care, Zorba the Greek and Attila the Hun."What's next: Though Frank prefers younger ladies, he will meet his match (age-wise) when Jane Leeves recurs as Vanessa, a hairdresser in the complex. "She's a mature woman, more like his equal, and they're tiptoeing around each other," Shalhoub says. "They're attracted to each other, but he backpedals from it because he's fearful of commitment and an actual meaningful relationship. I'm very excited about that and where that will go." Even if that doesn't work out though, don't feel too sorry for Frank. "He's got a lot of game. He's free-wheeling and he doesn't get hung up on stuff," Shalhoub continues. "He's a numbers guy. You're not going to get 'em all. You just play the law of averages and do what you can. Don't worry about things that don't work out. Keep moving forward. There's more out there!"Shalhoub's worst breakup: "I was 13. It was my first girlfriend. What happened was we kissed and then that was the last I heard of her. I don't know if I was a bad kisser, but the whole thing just vanished without a word. Her name was Eileen. She was taller than me. I don't really feel that I'm completely over it."We Are Men premieres Monday at 8:30/7:30c on CBS.

(Full disclosure: TVGuide.com is owned by CBS.)
Check out TVGuide.com's Editors' Picks below. 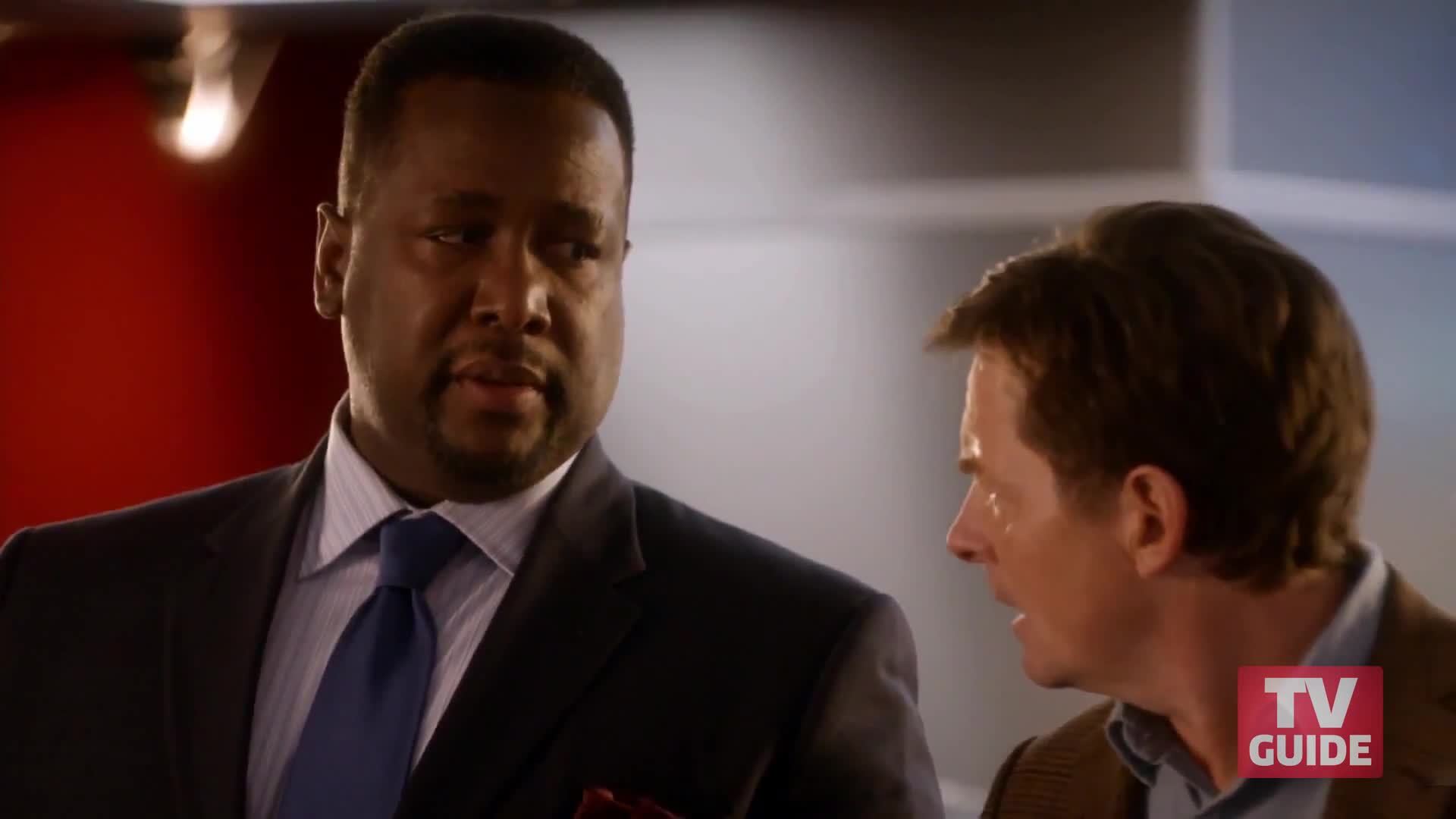