The Walking Dead: Who Didn't Make It Out Alive?

[WARNING: The following story contains spoilers from Sunday's midseason finale of The Walking Dead. Read at your own risk.]
On last week's episode of The Walking Dead, Rick Grimes was convinced by his fellow survivors to not breach Grady Memorial Hospital with a sneak attack that could put more lives in danger. But as viewers learned on Sunday's midseason finale, the more peaceful approach didn't exactly work out much better.
Why the Walking Dead midseason finale made Norman Reedus cry for an hour
The episode opened with Rick (Andrew Lincoln) chasing down Bob Lamson, the cop who escaped at the end of the previous episode by bashing Sasha's head into a window. Rick gave Lamson warnings, but when he refused to stop running, Rick ran him over with his cop car, potentially breaking his back. "It didn't have to be like this," Rick says coldly. "You just had to stop." As Lamson begs for his life, Rick makes it clear that the "good officer" will not walk away from this. "You can't go back, Bob," Rick says in a eerie callback to cannibal Gareth's words in the season premiere.  Rick then shoots Lamson in the head, seemingly scratching the itch to kill that he's been feeling for a while now.
Worried that killing Lamson would jeopardize his position with Dawn (Christine Woods), Rick intimidates the other officers in his possession to say that Lamson was killed by walkers. Once they are on board, Rick sets a meeting with two more of Dawn's cops and maps out his plan for an even exchange: the two cops Rick has for Carol (Melissa McBride) and Beth (Emily Kinney).
But while all this negotiating is going on, things get even more complicated back at the hospital. Without knowing the rescue mission was afoot, Beth continued her power struggle with Dawn, who, despite worrying that she might be overthrown like officer Hanson before her, remains convinced that her leadership is sound. Beth disagrees, finding fault with Dawn's idea that the apocalypse will eventually end. "This is who you are and what this place is until the end," she says. Dawn then tells Beth that she's saved her life twice, most recently by not telling the other cops about Beth's involvement in Gorman's death.

The Walking Dead: Can anyone be trusted in this world?
Unfortunately, this conversation is overheard by Officer O'Donnell, who decides to challenge Dawn on the spot. Dawn pulls her gun to keep O'Donnell from telling the others, insisting she isn't weak like Hanson, whom she killed. The two eventually come to blows and, after a little intervention from Beth, O'Donnell is shoved down an elevator shaft to some hungry walkers. So Dawn and Beth are all good, right? Not really. "You weren't protecting me. You were protecting yourself," Beth says as she continues to argue that when she is able, she will leave Grady just like Noah did. Dawn, however, remains confident that Noah will return. "They always come back," she says.
Brief aside: This episode's C plot goes something like this: Father Gabriel (Seth Gilliam) is an idiot. After running away last week, he goes to the school to confirm just how twisted Gareth's cannibals were. When a herd of walkers start chasing him, he leads them back to the church, where he begs Carl (Chandler Riggs) and Michonne (Dania Gurira) to let him in. (Karma, huh?) In any case, they let him in, then they sneak out the back and lock the walkers in the church. Right when the walkers begin to bust out, Abraham (Michael Cudlitz) shows up with the fire truck to save the day. Michonne tells Maggie (Lauren Cohan) that Beth is still alive in Atlanta, and Maggie seems to remember having a sister. Yay!
So, it's the moment of truth. Rick and his gang lead Dawn's cops into the hospital where Dawn awaits with Carol and Beth. After a few words are said, the exchange goes down without a hiccup. Well, almost. Just as Rick turns to leave, Dawn insists that she also be given back Noah. Rick balks and things get tense until Noah volunteers to bring the whole thing to an end. "I knew you'd come back," Dawn sneers, which sends Beth over the edge.
The Walking Dead Postmortem: Andrew Lincoln breaks down Rick's brutal "watershed moment"
Taking the scissors she'd hidden in her cast, Beth stabs Dawn who (judging by the look on her face, accidentally?) shoots Beth in the head. Daryl (Norman Reedus), with tears in his eyes, steps up and puts a bullet into Dawn's brain. Although it seems bedlam is about to ensue, one of the cops Rick returned calls for a cease fire. With both sides devastated, they agree to walk away with their losses, although Rick offers to take anyone who doesn't wish to stay at the hospital with him. They all walk out to see Abraham & Co. in the parking lot, which then turns into a scene of utter despair as they all watch Daryl walk out with Beth's lifeless body in his arms.
Although it seemed a death was a foregone conclusion for this midseason finale, Beth was perhaps the least surprising casualty. In many ways, it feels like the Sophia story of Season 2: Both girls were missing forever, and when they finally are "found" they die. (It's not a perfect one-to-one comparison, but go with it!) However, Beth's death is a bit more of a gut punch than it would have been even two seasons ago. Even with less screen time, the writers found a way to make the character compelling, which ultimately makes the death more tragic, since we had only just begun to see the character's potential.
On one positive note, the final "hidden" scene of the finale showed Morgan (Lennie James) getting ever closer to the survivors as he showed up at the school and the church using Gareth's tree markings. However, he discovers Abraham's map, which has Rick Grimes' name on it, which is sure to give Morgan some added encouragement.
So, what did you think of the finale? Sad to see Beth go? How do you think the death will reverberate through the group? Share your thoughts in the comments below.
On the Set! Once Upon a Time's costume designer shares scoop on Maleficent's makeover: 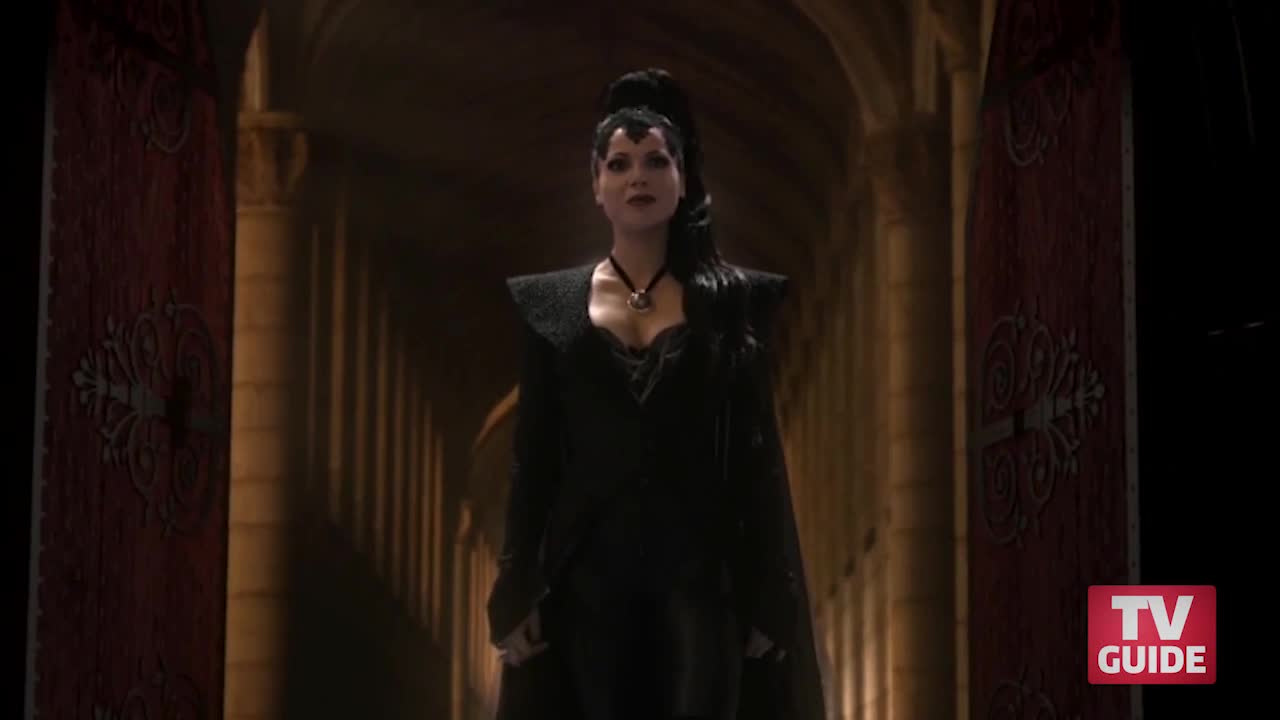