Get your brain around this. On Nov. 27, it will be one quarter of a century since Peter Bergman joined CBS's The Young and the Restlessas the ruthless but maddeningly lovable Jack Abbott. "In some ways it seems like I got here only yesterday," says Bergman. "But then I'm on the set and look over at Hunter King [who plays Summer] and realize I was already on the show four years when she was born! What the hell?" To celebrate Bergman's milestone, TV Guide Magazine asked the three-time Emmy winner to look back over his run, pick his favorite scenes and give us the scoop on each. Check out the awesome clips!

Bergman's first day on the Y&R set was "daunting and kind of lonely, frankly," he recalls. "I got along with everybody but — coming from All My Children where everyone was a tight family, talking, connecting, running lines with each other — it took me a while to adjust to things at Y&R. I felt I was a one-man army against the establishment. Everybody was off in their fabulous Hollywood dressing rooms — well, fabulous by New York standards — and I felt kind of isolated, alone in it all."

And everyone was a Jack Abbott expert. "Every prop guy and lighting technician knew more about my character than I did and let me know it," Bergman says, with a laugh. Jess Walton [Jill] was "simply wonderful from the moment I met her and such a character! Jerry Douglas [John] was a larger-than-life guy whose hairpiece was flipping all over the place. And he was very comfortable without his shirt on. That first day he pulled me into his dressing room to tell me all about the importance of the Jack-John relationship and I'm, like, 'I don't even know your name yet and you don't have any clothes on.' It was absolutely insane." 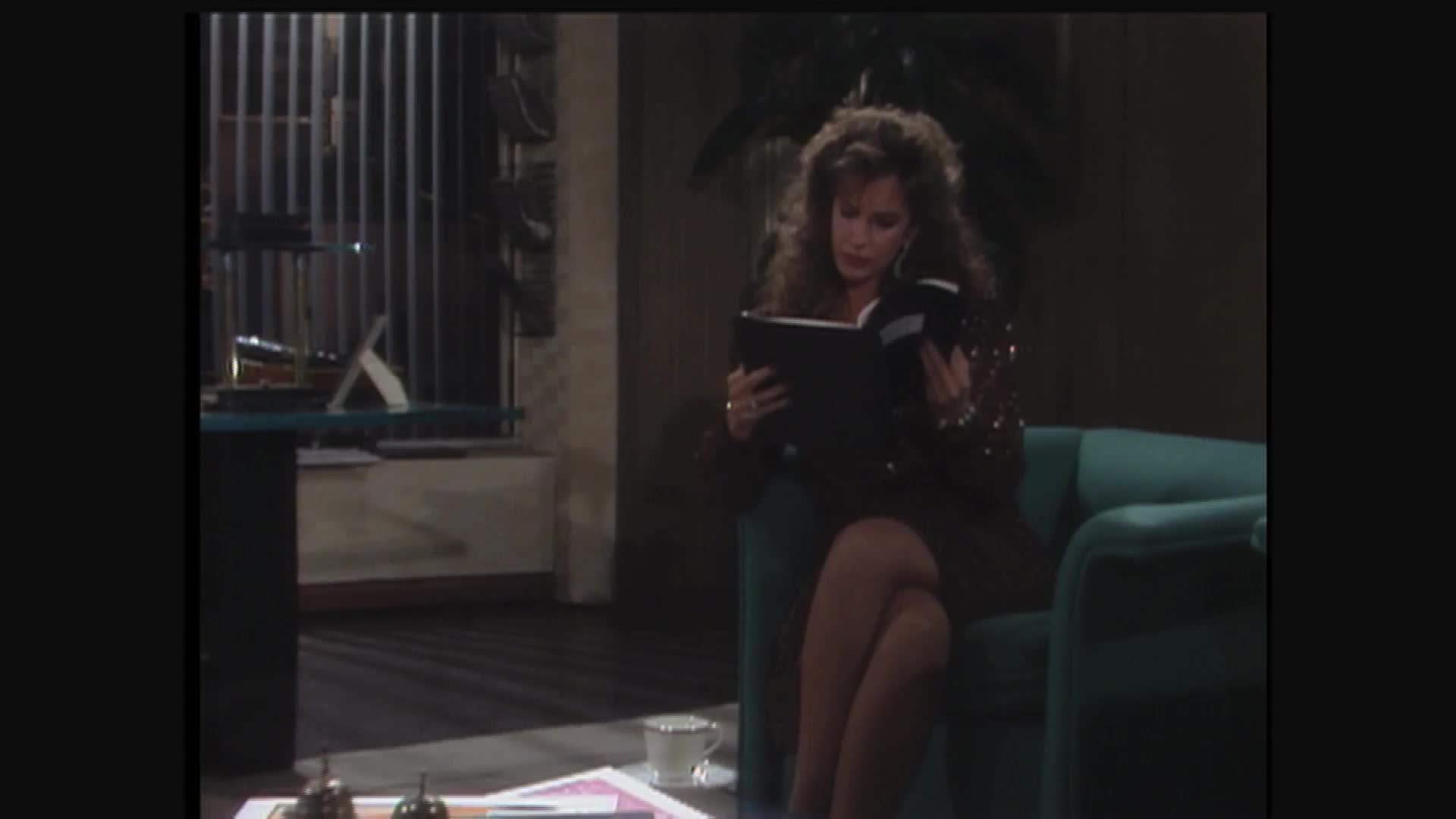 "The moment where Jack tells John how close he came to punching his wife, Nikki [Melody Thomas Scott], because of her drinking was so primal, so wrong, so crystal clear, so...wow!" says Bergman. "I picked this scene not only because the situation is so damn startling and powerful but also because I don't think we've ever done anything like that since. We've certainly never seen that side of Jack again." 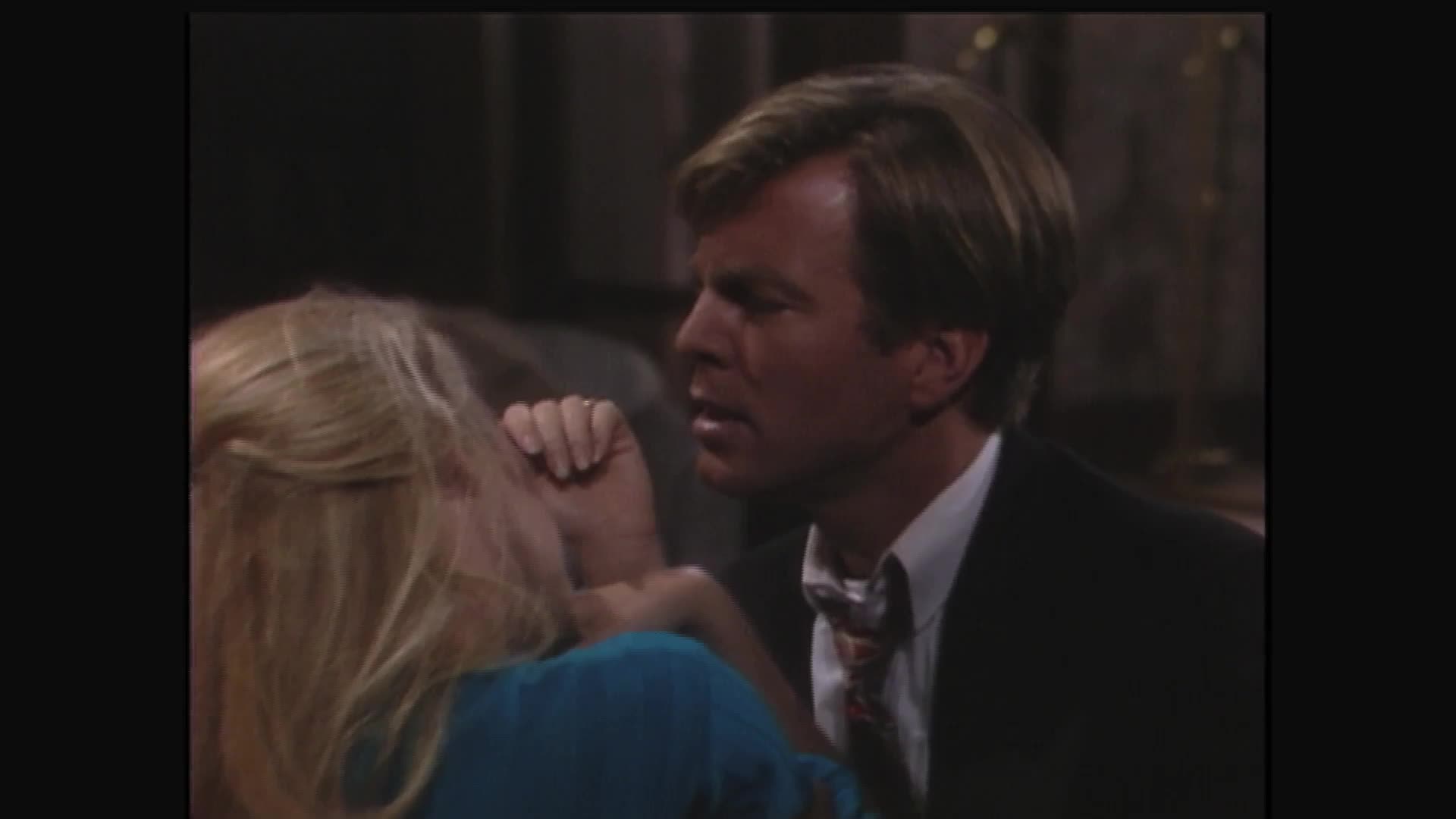 There's nothing like a blow-up between Jack and The Mustache [Eric Braeden], but this one took a shocking turn. "You see Jack standing there gobsmacked as Victor is screaming and yelling and, suddenly, Victor grabs his chest and keels over. Jack has one of two choices — to call for help or to walk out. He's thinking, should I? Shouldn't I? No, I should just walk the f—k right out of here!' And he does." But here's the best part, says Bergman: "As I was walking out of the scene, I looked down and saw Eric's hand sticking out there and it was just too tempting, too delicious! I just had to kick it on my way out the door. That was not in the script at all. And the great credit goes to Eric whose hand was so limp that it made it perfectly easy. The real miracle — in our world of soap-opera close-ups — is that the camera caught the whole thing." 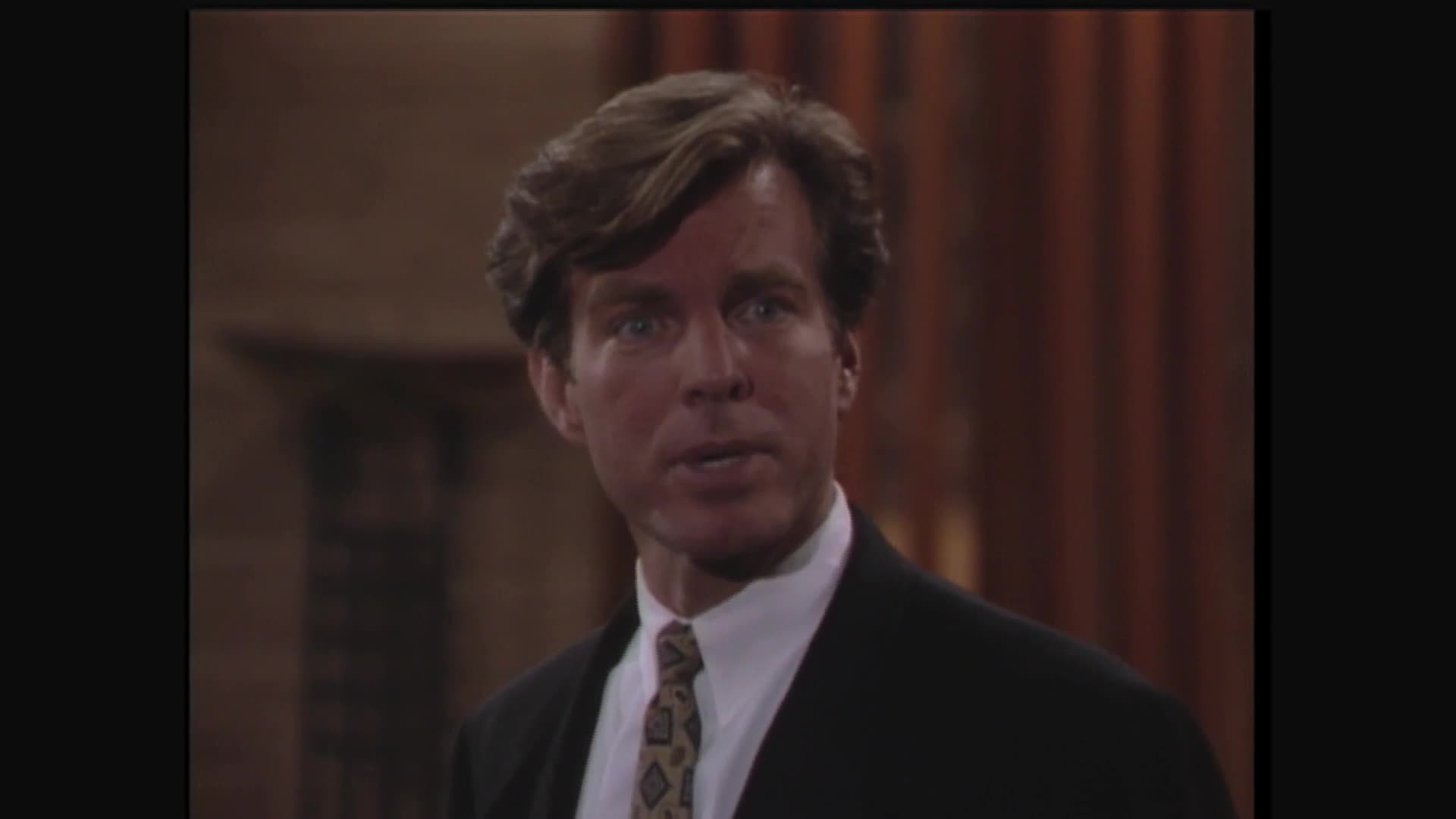 In yet another clash of the titans, Jack gets the final word over Victor by throwing the CEO chair Victor covets right through an office window. "During a run-through for this scene, I suggested to [director] Mike Denney that, realistically, there would be a crazy wind coming through since we were in a skyscraper so high up. Mike called props and they created a f—king gale-force hurricane! I'm so glad I spoke up because the sight of Victor just standing there — his hair blowing all over the place — is really spectacular. Eric was a great sport." Yeah, but what about the damn chair? "Exactly! Jack was so eager to make a point to Victor that he probably killed some poor old woman on the street below!" 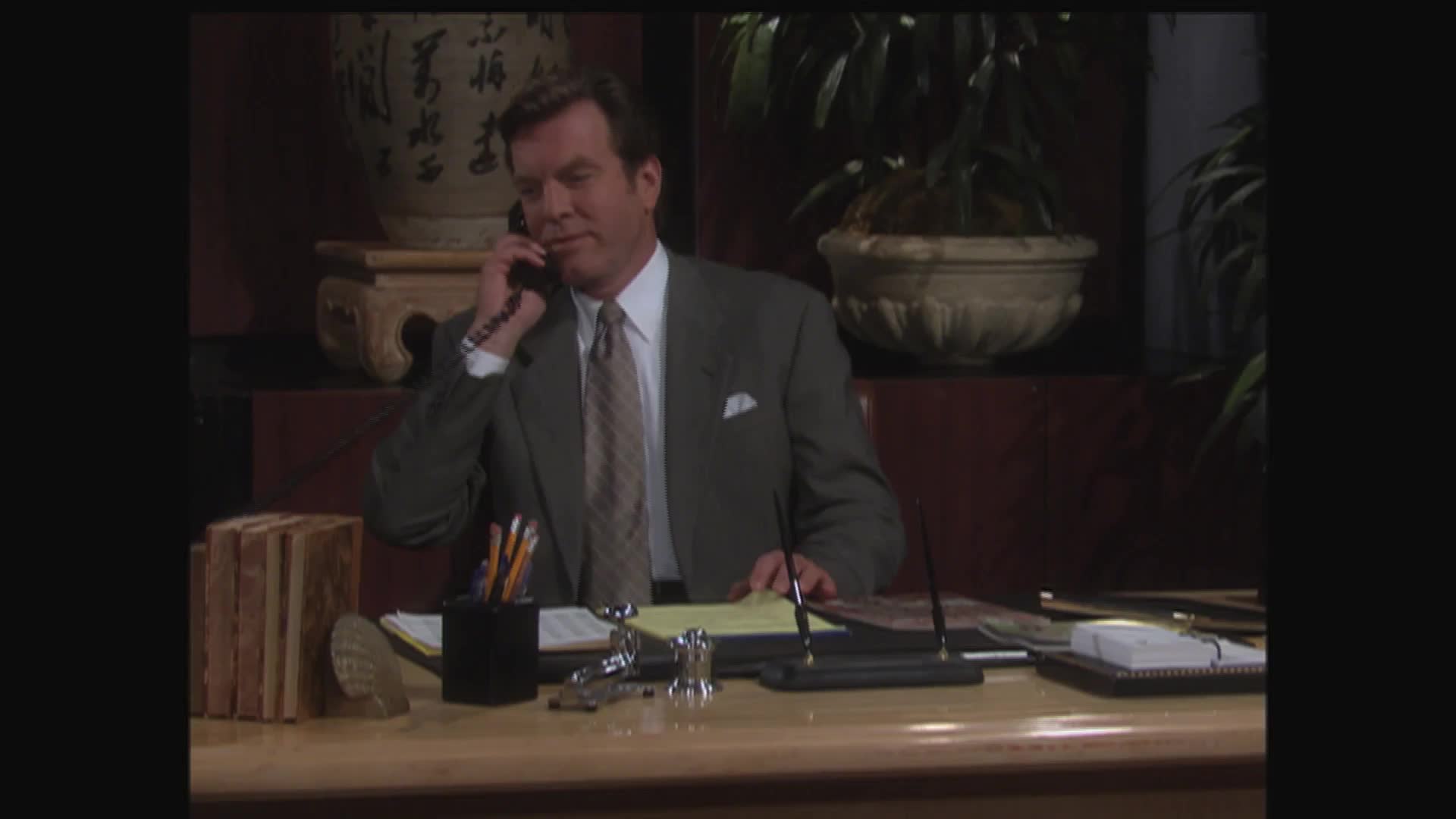 Always a loser in love, Jack was blindsided by the affair between his gal, Phyllis, [Michelle Stafford], and her loverboy, Nick [Joshua Morrow], who was practically a son to Jack. "Every time somebody decides that there's life beyond Jack Abbott, it hits him in that same sensitive spot over and over — it's like a blow upon a bruise," says Bergman. And it wasn't only happening on-screen. "Michelle, herself, was moving on. She was getting on with her next big love story on the show and loving it. She and I had a great, long friendship but she seemed really, really comfortable moving on. I've always been pretty good about keeping my character separate from myself, but there was some uncomfortable crossover of feelings there. I felt a little hurt, to be honest, but that's the nature of the business." Adds the actor: "I hate the phrase 'ultimate betrayal' but this certainly was it. Phyllis is the one Jack never got over." 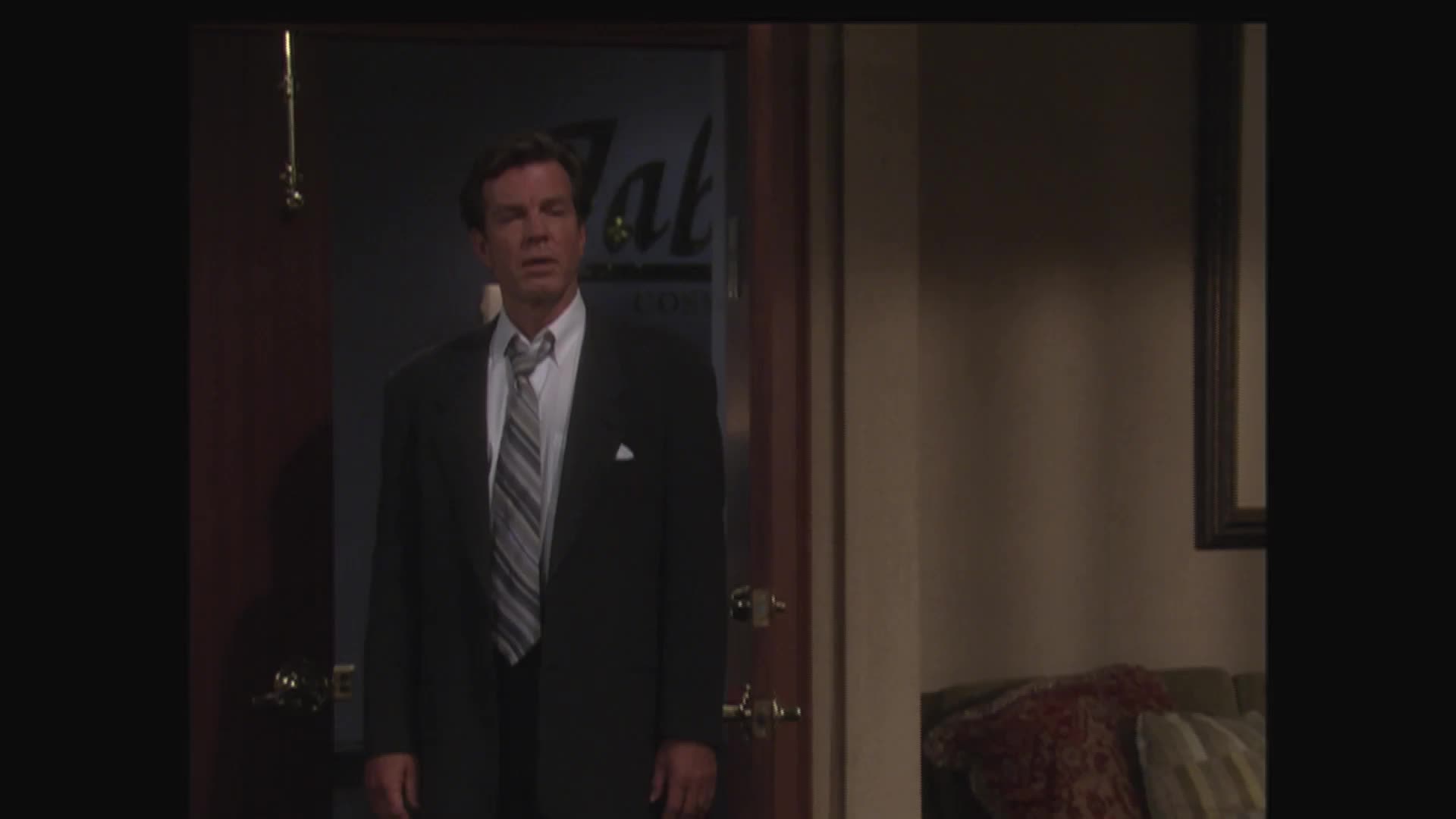 Bergman chose this scene because "it accents the potential we have right now for a big showdown between Jack and his sister, Ashley. Jack betrayed Ashley — a betrayal in her mind that was as personal as it was professional — and she had no way to handle that. So she left town. Now she's back with a plan to be co-CEO. They're a bit older now and wiser and maybe they can piece this thing back together...or not. Is Jack really ready to share a company that was left to him by his father? Remember, Ashley is a half-sister. John was not her dad. There remains a lot of unfinished business between them and you can track it all back to this very scene." 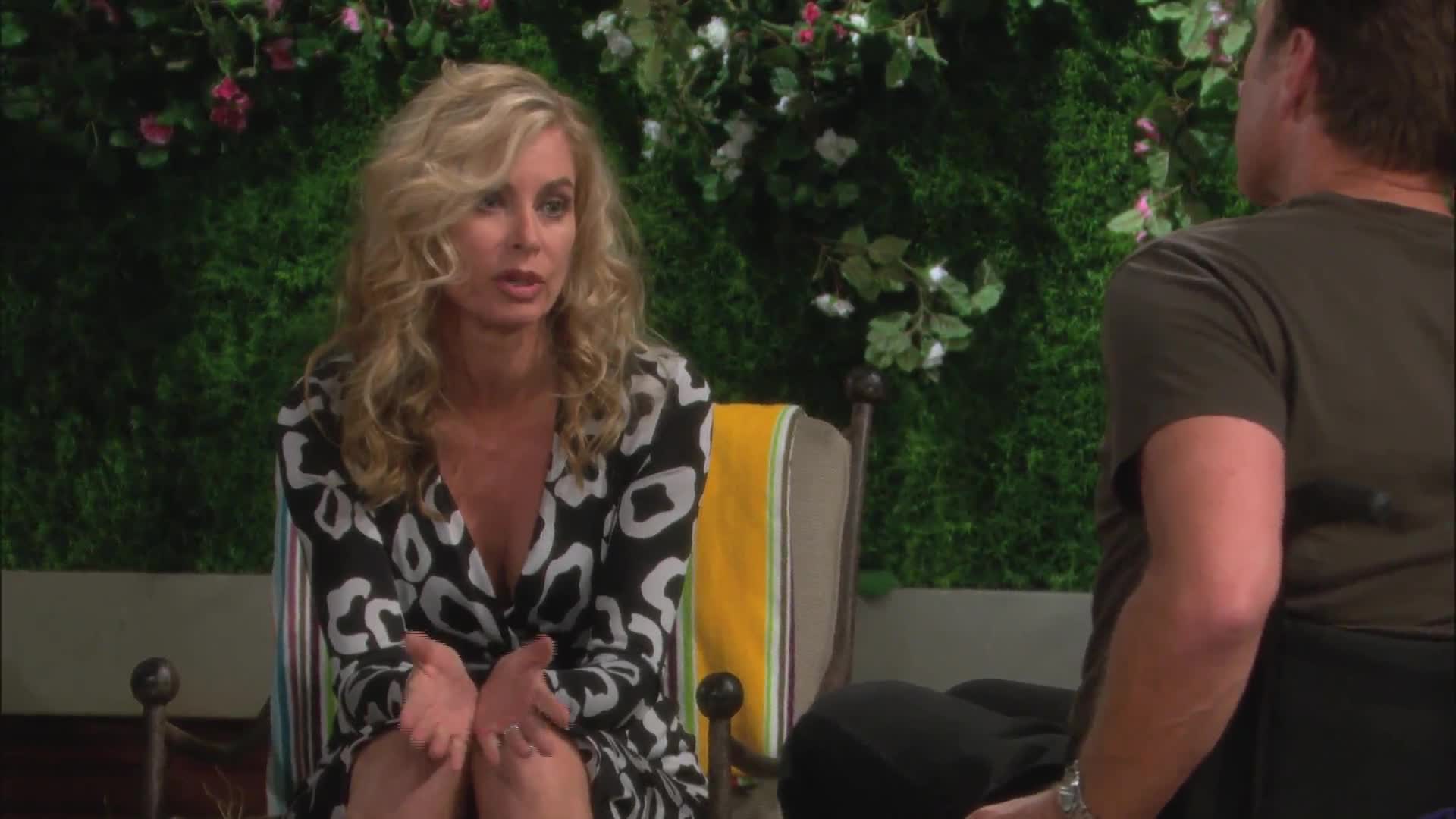 Summer and Jack had a deeply moving encounter after getting the (bogus) news that they're father and daughter. "For me, this scene represents the wonderfulness of the new wave of actors on Y&R," Bergman says. "I love working with Hunter, who is so invested in her work. I'm a giant fan of Melissa Ordway [Abby]. And our new Adam, Justin Hartley, is extremely good. These are young people who really take their roles seriously and always find marvelous ways to turn a scene. I am digging it!"

Bergman didn't dig the decision to let the viewers in on the truth about Summer so early on. "I was disappointed that the same day Jack found out he's her father, the audience found out he wasn't," he says. "But the writers have to do what they have to do. Otherwise, I've been very lucky with my material. I'm working with actors who are doing scenes where it's, 'Oh, the food inspector is coming by the restaurant. Hopefully, we'll pass inspection!' But, over these 25 years, they've given me a lot of really great, profound human drama. They give me big s—t to play! And, for that, I feel very blessed and extremely grateful." 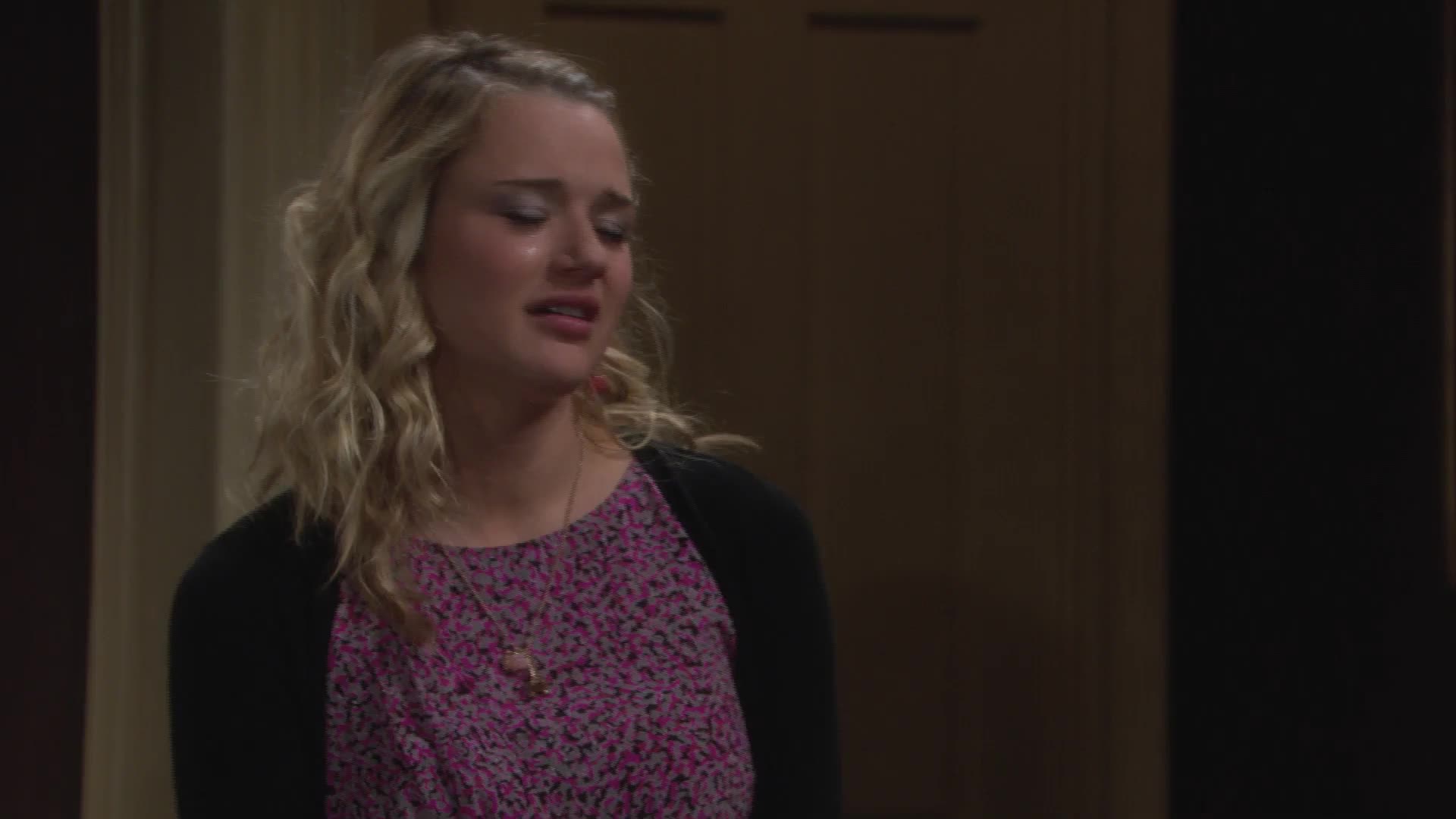