The Originals: Who's Returning From Klaus' Past as Part of Esther's "Diabolical Plan"?

The Originals&nbsp;has only just begun to uncover the first family's wealth of secrets. On last week's episode, Esther (Sonja Sohn) took her son Elijah (Daniel Gillies) captive and forced him to remember the horrifying acts he had done as a vampire &mdash; namely killing his love Tatia (Nina Dobrev) &mdash; in order to further persuade him to undo his vampirism. But&nbsp;on Monday's&nbsp;episode (8/7c, CW) &nbsp;it's Esther's turn to reveal all when viewers finally learn much more of her back story that led to her strong convictions today.&nbsp;&nbsp;&nbsp;&nbsp;

The Originals has only just begun to uncover the first family's wealth of secrets.

On last week's episode, Esther (Sonja Sohn) took her son Elijah (Daniel Gillies) captive and forced him to remember the horrifying acts he had done as a vampire — namely killing his love Tatia (Nina Dobrev) — in order to further persuade him to undo his vampirism. But on Monday's episode (8/7c, CW)  it's Esther's turn to reveal all when viewers finally learn much more of her back story that led to her strong convictions today.

"There are things about the family we don't know and questions we don't even realize at this point that we don't know about," executive producer Michael Narducci tells TVGiide.com. "We'll explore Esther's decision to marry Mikael (Sebastian Roche) and have a family, we'll explore what led her into the arms of another man that resulted in the birth of Klaus (Joseph Morgan), and we'll explore why Esther is perhaps a little more sympathetic than we may have thus far realized. It's going to open a whole can of worms."

How far will Esther go to get Klaus and Elijah on her side? Whose return on Monday will further complicate Klaus' alliance? Does Kol (Daniel Sharman) have ulterior motives that Esther isn't aware of? Plus: Where do Hayley (Phoebe Tonkin), Marcel (Charles Michael Davis) and the rest of the werewolves, vampires and witches fall in the Original family battle? Narducci spills more below.

Not that long ago, it would've been hard to imagine everyone standing up with Klaus against Mikael. Will we see more of this united front?
Narducci:
What we're building towards is this notion [that] the city can't survive when you have powerful people like Esther and Mikael coming in having nefarious intentions. All of these vampires' lives are at stake when Klaus' life is at stake — literally with the white oak stake in play. So, they have to come to some understanding that we're all connected, we're all in this together — how do we survive? When we have these enemies come into town and the city is in danger and the life of that child [Hope] is ultimately in danger, it feels like the enemy of my enemy might have to be my friend. So there's going to be some interesting alliances going forward.

Kol might not be as on board with Esther and Finn (Yusuf Gatewood) as we thought. Will Esther find herself in a power struggle him too?
Narducci: Finn  is very tight with his mother, but Kol seems to be thinking maybe there's a different way to play this and seems to be buddying up with Davina (Danielle Campbell). What is his agenda? He was brought back in the body of a witch, but Esther's no fool. So, she didn't bring him back in a body of an all-powerful witch. He has just enough power to get the job done. So, now that he's out there making an alliance with Davina who is strong, is he making it because he wants power and is playing this elaborate con game? Or is he slowly starting to care about this girl? And if that happens, where would that lead?

6 spoilers for a "darker" Originals Season 2

How much of what Elijah is realizing about his past will haunt him?
Narducci: I think it was Esther's intention to really break him at his core and force him into a place where he has no choice but to admit that what he is as a vampire is evil, awful and wrong and the source of his misery and not something he can continue to endure. That's her perspective, and Elijah will have to face the facts of these various atrocities he's committed and has washed away by remaining clean... and having a moral code. He'll have to decide, "Can I continue to endure my existence as a vampire? Can I take my mother's ultimatum?" He may also find that choice complicated by the notion of, "If I were to take Esther's option, what would that do to my family? Would I betray them? Would I be leaving them vulnerable? If so, how can I think about myself when I need to do what's right for my family?" What she has done to Elijah is definitely going to have a big impact on him for the rest of the season.

With Rebekah (Claire Holt) returning, could we ever see all seven Mikaelsons in one scene?
Narducci:
Before the season is over, that's definitely a possibility.

Speaking of returns, Klaus comes face-to-face with a "visitor from his past." Some fans are hoping that's Caroline (Candice Accola). What can you say about who it is and what it means for him?
Narducci:
I would say it is a major part of the episode and of things going forward. As to who it is, there's a pretty good hint (when you think of) what Esther would present her children with that would possibly make them want to take her option. Her methodology for Elijah is to force him to confront the sins of his past. So, what would her methodology for Klaus be? What would she do to Klaus? We'll see over the course of Monday's episode how diabolical her plan is because she presents him with an offer that is almost impossible to refuse.

Hayley and Marcel have started to work together. Where does Jackson (Nathan Parsons) fit when he returns?
Narducci:
Jackson is the dethroned alpha of the werewolf people and he absolutely does not like seeing his people in subjugation being enslaved by Esther and the witches because of those moonlight rings. So, he's going to have make a decision: "Do I come out of exile and help my people? Or do I just remain in the swamp?" Hayley is going to get him and [will think] "Do I need this guy? Can I be effective to my people as a leader without him? Or do I have to try lead my people out of enslavement on my own?" I love that she has this drive and ultimately she wants to keep this city safe and bring back her child, but she also knows she can't do that as long as her werewolf brethren are held in subjugation. She also feels a moral responsibility to her people that she was searching for.

Going back to Marcel, he ruled New Orleans and was horrible to the werewolves. He was involved in a war with the Guerreras in the 1920's and was responsible for aligning with the werewolves that cursed Jackson and made him a werewolf 29 days out of a month. So there's a lot of history there, but now because of everything that's going on the vampires and the werewolves have a reason to team up and have a common enemy. So, Hayley is going to be this very interesting bridge between vampires and werewolves because she is both, and if she is the positive bridge between those communities it's interesting to see where Klaus falls. He too is a hybrid and he too wants to be a bridge, but he always has more selfish motives in mind... When all of the chips fall, we'll wonder what alliances might form and is there even a larger threat out there somewhere?

The Originals airs on Mondays at 8/7c on The CW.

Full disclosure: TVGuide.com is owned by CBS, one of The CW's parent companies.)

Check out Joseph Morgan's Watchlist below: 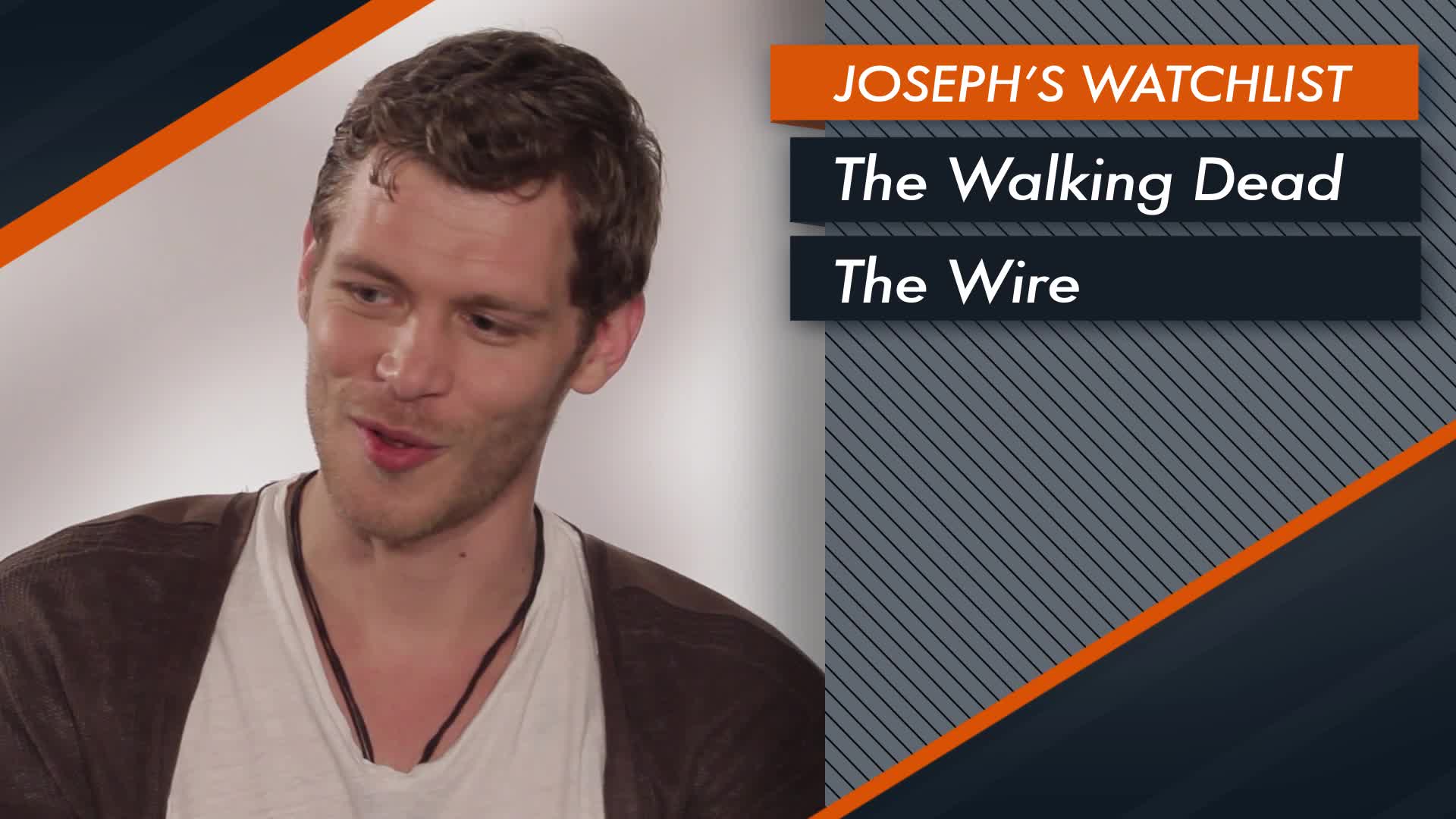