Netflix Revives The Killing For One Last Case

This is a story about a perceived crime that led to two executions and two resurrections. And then there's the story on screen. "We're the cockroach of series television," says Joel Kinnaman, who plays homicide detective Stephen Holder, of the unlikely survival of The Killing. As most every Twitter follower knows, the drama became the target of...

This is a story about a perceived crime that led to two executions and two resurrections. And then there's the story on screen.

"We're the cockroach of series television," says Joel Kinnaman, who plays homicide detective Stephen Holder, of the unlikely survival of The Killing. As most every Twitter follower knows, the drama became the target of a social-media hate campaign in June 2011 when its popular first season on AMC concluded without answering the heavily promoted question "Who Killed Rosie Larsen?" Ratings plummeted and, after Season 2, AMC axed the show — only to revive it months later when Netflix agreed to pay some production costs in exchange for exclusive airing rights soon after the network run. Mediocre ratings once again doomed the series, and it was canceled for the second time in September 2013.

"Our fans are really loyal and passionate," says Kinnaman, "and it was a bummer to leave them with a cliffhanger." And what a cliffhanger it was. Det. Sarah Linden (Mireille Enos) shot and killed Lt. Skinner (Elias Koteas), her boss and former lover, who turned out to be the serial killer she and Holder were hunting.

"This woman has walked through a valley of darkness in the last three seasons," says
executive producer Veena Sud. "It would have been awful to leave her and our audience in limbo."

Though most had accepted the inevitable — singer Patti Smith, a superfan, told Enos she wrote short stories about Linden with alternative endings to make herself feel better — in November, Netflix announced a final six-episode season.

The stars eagerly returned to complete their characters' journeys. For Enos, this season was particularly poignant: She was pregnant while shooting the pilot and was once again expecting while filming the new season. So expect Linden's baggy sweaters to return. "They're even bigger and uglier," Enos jokes, "because we shot right up to my sixth month."

Season 4 opens a few hours after the death of the unarmed Skinner. "Linden and Holder have made the choice to cover up Skinner's murder," Enos says. "I really feel that, when she pulled the trigger, she had no other option, but there are complicated emotions about Skinner being a man she once loved." The big question for Linden, says Sud, "becomes how to live with the rubble of her black-and-white belief system that everyone is either good or bad."

The ethical dilemma of the cover-up couldn't come at a worse time for Holder. His girlfriend, Caroline (Jewel Staite), is pregnant, and the idea of becoming a dad with this secret hanging over his head terrifies him. "Secrets," Kinnaman warns, "aren't good for a [recovering] junkie like Holder." The stress level intensifies when Skinner's daughter, Bethany (Katherine Evans), seeks the help of Holder's former partner Carl Reddick (Gregg
Henry
) to find her father. Already Linden's antagonist, Reddick is like a dog with a bone.

While their crime still haunts them, Linden and Holder are called to investigate a new case: the murder of most of the wealthy Stansbury family. The only survivor, teenage son Kyle (Tyler Ross), is found severely wounded at the scene. Could it be a murder-attempted suicide? For now, Kyle is under the care of his headmistress, Col. Margaret Rayne (Joan Allen), at St. George's Military Academy, a school for wayward rich boys. Rayne refuses to believe any of her charges could commit such a violent crime. Her unyielding position leads to fireworks with the equally stubborn Linden. "They nearly come to blows a few times," Enos says.

As the family's unsavory secrets are revealed, Linden is drawn to the boy. "He's a kid left alone in the world, much like she was," Enos says. We'll learn more about Linden's dreadful childhood when her long-estranged mother (Frances Fisher) pays a visit.

And though the case is a sad one, the deepest emotion of The Killing's final season touches on the futures of Holder and Linden. Can they survive, not only physically but spiritually? "We're a show that came back from the dead twice, so I'm always hopeful," Sud says.

"It's an incredibly generous final season," Enos says. "It made me cry, so I think audiences will be moved. Veena's wish was always to get Sarah to a place of peace, and without giving anything away, she has managed to do something like that." 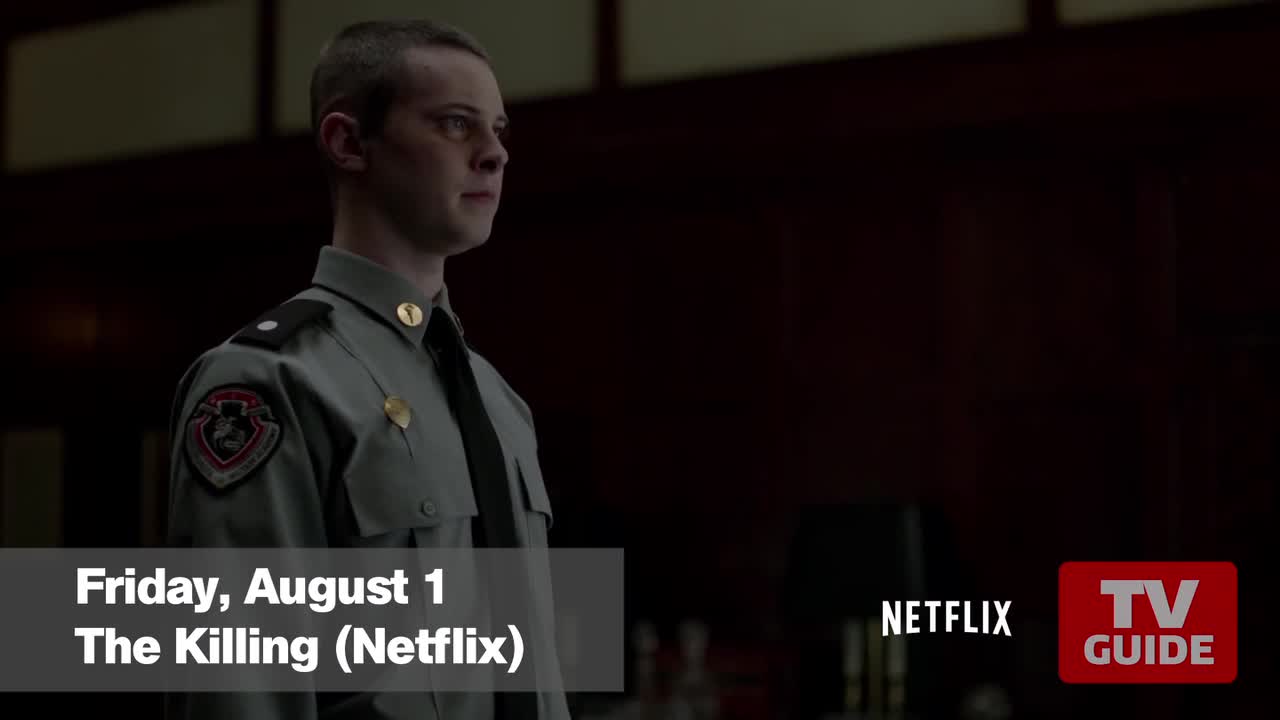