Top Moments: A Week of Tragedy

If weeks get sadder than this one, we don't want to see them. We said goodbye to three entertainment legends, one of them the most influential performer in the world. We've never been so grateful for the light moments. Welcome to Top Moments, goodbyes edition.

If weeks get sadder than this one, we don't want to see them. We said goodbye to three entertainment legends, one of them the most influential performer in the world. We've never been so grateful for the light moments. Welcome to Top Moments, goodbyes edition.
9. Try a Little Tenderness Award: So You Think You Can Dance's rehearsal segment takes a delicate turn when one of the contestants breaks into tears. As Asuka sobs in frustration, her soft-spoken partner, Vitolio, pulls her into his arms. Then he pulls her closer and kisses her cheek to the oohs and ahhs of the studio audience. The two then appear onstage with dry eyes and rocker costumes for a routine that's anything but gentle.
8. Most Horrific Writing: Harper's Island has us seeing cross-eyed after so many twists and fake-outs (the killer is alive, the killer is Abby's father, the sheriff is the killer, the sheriff is not Abby's father). But this week's most gruesome moment — the sheriff's hanging and the subsequent reappearance of John Wakefield — doesn't improve the reputation of horror scripts.
7. Best Use of a Blackout: When darkness falls over Kings' Shiloh, Princess Michelle and Prince Jack use the cover to act on sexual feelings they've long repressed. Michelle's flirtation with David finally becomes tangible, and Jack thinks he may be gay.
6. Best Cop Rock: It takes a lot to rattle The Closer, but Mary McDonnell's Capt. Sharon Raydor makes the walls (and maybe Brenda Johnson herself) quake as they face off over crime-scene jurisdiction. Raydor even makes "Chief" sound like a four-letter word. See what we mean with our Online Video Guide.
5. Weirdest Confession: You know you've had a wild week when a sitting governor's admission that he's been missing in action for several days because he's been in Argentina breaking up with his mistress isn't the most unfathomable thing that happened. Give South Carolina Gov. Mark Sanford points for one thing — at least he's honest.
4. Most Bitter Reality: Jon and Kate Gosselin shock no one by announcing their plans to separate on Jon & Kate Plus 8. Also not surprising was Kate's "the show must go on" attitude, even though the pair will now film their episodes separately. But don't worry, she says the kids will still have "peace." Because nothing's more peaceful than a camera crew tracking you and your seven siblings every time you play with Legos, pet a bunny, or ask where daddy is.
3. Saddest Proposal: On a 20/20 special about Farrah Fawcett, her longtime companion, Ryan O'Neal, says the actress finally agreed, in her final days, to marry him: "I've asked her to marry me, again, and she's agreed." Fawcett succumbed to death before they could, and Walters explains that in her final hours, Fawcett would have been too weak even to say "I do."
2. Funniest Tribute: Conan O'Brien and Andy Richter honor their Tonight Show predecessor, Ed McMahon, by noting his flawless interplay with Johnny Carson. To show how easy it is for sidekicks to run amok, Richter comically talks over O'Brien throughout the bit, until the host finally orders him to shut up. As an added bonus, the show rolls 1993 tape of Richter challenging McMahon to quarters — and McMahon ending the game by just drinking the beer.
1. Most Shocking Goodbye: Michael Jackson's sudden death felt like one more stunning, impossible-to-predict change in a life of strange, spontaneous moments — this one tragically permanent. But there could be no more fitting tribute to the King of Pop than the sight of an impromptu gathering outside the Apollo Theater in New York City, where Jackson and his brothers performed in 1969 — and won amateur night.

Check Out Our Top Moments video: 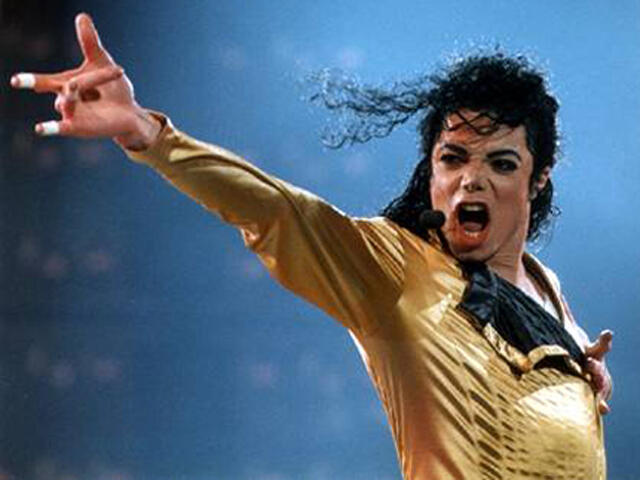