Every week, editors Mickey O'Connor and Adam Bryant answer your burning questions. Want some TV scoop? Please send all questions&nbsp;to megascoop@tvguide.com. What do you make of those Lost "Last Supper" pictures? &mdash; LandyMICKEY: First off, let me put on my tin-foil hat so my thoughts can't be read. There, that's better. Let me ask you: Why do you think there are two images? Is ABC just offering us a bit of photographic variety or are the twin images themselves a clue to how things go down in Season 6? Could the skulls indicate impending deaths, albeit in alternate timelines? These are questions worth asking. Should I be worried about Mer and Der on Grey's Anatomy? &mdash; AnaADAM: Rule No. 1 of marriage (Post It or otherwise): Never let slip something your spouse told you in confidence. Derek will learn that lesson the hard way when...

What do you make of those Lost "Last Supper" pictures? — Landy
MICKEY:
First off, let me put on my tin-foil hat so my thoughts can't be read. There, that's better. Let me ask you: Why do you think there are two images? Is ABC just offering us a bit of photographic variety or are the twin images themselves a clue to how things go down in Season 6? Could the skulls indicate impending deaths, albeit in alternate timelines? These are questions worth asking.

Should I be worried about Mer and Der on Grey's Anatomy? — Ana
ADAM:
Rule No. 1 of marriage (Post It or otherwise): Never let slip something your spouse told you in confidence. Derek will learn that lesson the hard way when he blabs one of Meredith's secrets around the hospital. While Derek will definitely be in the doghouse, the secret's impact will be much more wide-ranging at Seattle Grace-Mercy West.

I can't wait for Chuck to return. Will it pick up where it left off? — NigelPat
MICKEY:
Not at all. There will be a significant time jump that sets the stage for another kiss and a teary breakup — all within in the first hour. In a nice reversal, cold-as-ice Sarah will thaw slightly and emotionally sloppy puppy Chuck will put his own career first for once.

Could Rena Sofer be Gibbs' new love interest on NCIS? — Brenda
ADAM:
I see where you're going, Brenda. After all, Sofer did confirm to me that she will be back for at least one more episode. So could she be the potential love interest that executive producer Shane Brennan has said will appear in the second half of the season? "Who in their right mind would not love to be a potential love interest for Mark Harmon?" Sofer says. "I have absolutely no idea. I am certainly very happy to stay where I'm at if [Brennan] sees that as a possibility. I'm not saying that is a possibility, but boy, wouldn't that be nice?"

Is there any chance that Kim Raver will return to 24,or is that impossible now that she's playing Teddy on Grey's Anatomy? — David
MICKEY:
It doesn't look good, Dave. "Right now, as much as I love Audrey and Jack, I'm really so involved and committed to Teddy," Raver tells us. With 24's unorthodox shooting schedule, though, it's not an impossibility. "I would love to see Jack and Audrey have some kind of resolution," she says.

What can fans expect in J.J.'s upcoming backstory on Criminal Minds? Any idea when the episode will air? — Jackie
ADAM:
The episode airs Jan. 20, and finds the BAU investigating a string of teen suicides in a small Wyoming town. The team believes the deaths are linked, and executive producer Ed Bernero says the case will have a surprising personal connection to J.J.'s childhood.

If Ugly Betty is canceled, does that mean that Matt and Betty get married this season? — Tamara
MICKEY:
Hold your horses, Tamara! While it was looking grim for a while there, what with all the Friday night shenanigans, my spies tell me that Betty was and is planned as a five-season show — hence ABC's timeslot-change vote of confidence. You'll soon see that while Betty and Matt appear to be happy, there's no happily-ever-after in their immediate future — no matter how much they miss each other.

What can you tell me about my favorite Southland character: John Cooper? — Mike
ADAM:
When the six new episodes begin airing March 2, Cooper's back injury and a resulting addiction to pain medication will be front and center. "Things are going to get darker before they get better," Michael Cudlitz tells me. "He hasn't hit rock bottom yet. In the six new episodes, he's starting to realize it's a problem. It's going to take something pretty major to give him a wake-up call, and that is definitely on its way." How major? I'm hearing Cooper's back goes out at the worst possible time.

Any Big Love scoop? — Marty
MICKEY:
Heavens, there's a lot of lying going on! Nicki withholds an important detail about the Prophet. Margene is sitting on a cash cow with her new business. Barb and Bill lie to the church to facilitate his run for office. It's nice to see that Sarah pushes through all the deception to find some happiness with Scott. Aaron Paul (Breaking Bad) really impresses in the first two episodes, as the lovebirds find a surprising, sweet way to embark on their life together.

When will we find out if Smallville has been picked up for another season? — Andy
ADAM:
Well, Andy, official word likely won't come until the CW's upfronts in May, but don't let that get your 2010 off to a sad start. According to my X-ray vision (read: a super-inside source), things are looking up for a 10th season.

I'm still too upset to talk about Momo's ouster on Nurse Jackie. Tell me something I can look forward to. — Cheryl
MICKEY:
In an uncomfortable switcheroo, Thor steps in for Momo as Jackie's churchtime confidante, and while he's no Momo, he reveals something about himself that will have you looking at him with fresh eyes. It's a good thing he's there too, because Jackie's other BFF, O'Hara, is dealing with her mother's death through recreational drug use. At least she and Jackie have that in common.

Got any scoop about the final episodes of Nip/Tuck? — Chad
ADAM:
Wednesday's new episode will feature some flashbacks to Sean and Christian's first meeting in college. The reflections on the past will force Sean to see that Christian has always had a way of manipulating him, for better or worse. Plus: A pregnancy scare leads Christian to get a vasectomy.

Mickey's Mega Rave: We already knew that Felicity Huffman wasDesperate Housewives' acting MVP, but Sunday's episode, "If," in which the ladies imagined alternate futures, showed us a Lynette torn apart by her young son's struggles with a disability. Kudos to the actress for her strong, pained portrayal and to the director for selecting the potent details (mayonnaise hitting the floor, Lynette's shaky stance at the sink) that elevated the drama.

Adam's Mini Rant: On Monday, Heroes slapped together two self-contained episodes with a distracting lack of continuity. But, hey, whatever wraps up the season faster!

Reader Quote of the Week: "Superman wears Jack Bauer pajamas." — BetsyBoo, who is clearly excited about the return of 24

Crave scoop on your favorite TV shows? E-mail Mickey and Adam at mega_scoop@tvguide.com or drop us a line at Twitter.com/TVGuide.

Get more scoop in our Mega Buzz video: 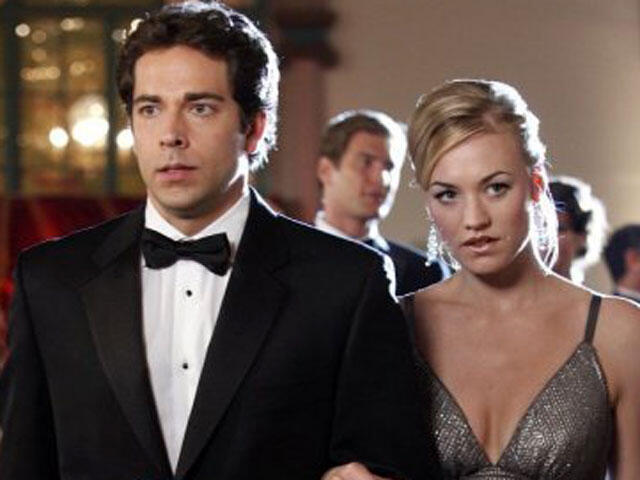