Every week, senior reporter Natalie Abrams satisfies your need for TV scoop. Please send all questions to&nbsp;megascoop@tvguide.com&nbsp;or tweet them to&nbsp;@NatalieAbrams The only bad thing about the long holiday weekend was no new&nbsp;Game of Thrones! What's up with Sansa now that Littlefinger killed her aunt?&nbsp;&mdash; Georgia Because she's the only witness to what happened to the Lady Regent of the Vale, the eldest Stark daughter is suddenly thrust into a position of power. As&nbsp;this preview&nbsp;implies, Sansa holds Littlefinger's fate in her hands. But will she actually testify against the man who helped her escape King's Landing? Let's just say that her choice will show exactly how far she's come in playing the game. How is&nbsp;Rizzoli &amp; Isles&nbsp;writing out&nbsp;Lee Thompson Young?&nbsp;&mdash; Kit&nbsp; Jane and Maura...

Every week, senior reporter Natalie Abrams satisfies your need for TV scoop. Please send all questions to mega_scoop@tvguide.com or tweet them to @NatalieAbrams

The only bad thing about the long holiday weekend was no new Game of Thrones! What's up with Sansa now that Littlefinger killed her aunt? — Georgia
Because she's the only witness to what happened to the Lady Regent of the Vale, the eldest Stark daughter is suddenly thrust into a position of power. As this preview implies, Sansa holds Littlefinger's fate in her hands. But will she actually testify against the man who helped her escape King's Landing? Let's just say that her choice will show exactly how far she's come in playing the game.

How is Rizzoli & Isles writing out Lee Thompson Young? — Kit
Jane and Maura won't get word of Frost's death — via a car accident — until the very end of the Season 5 premiere. The following episode features the squad dealing with the loss while also planning Frost's memorial service, during which Jane will deliver a heartfelt tribute to her former partner. Pro tip: Bring the tissues.

Since we won't be seeing a lot of Piper and Alex this season on Orange Is the New Black, is there another romance we can get behind? — Salehe
There are definitely a lot of surprising hook-ups this season — especially when Big Boo and Nicky decide to have a sex contest! You'll be shocked by whom Nicky pursues (hint: They look good in uniform), but she'll have some serious competition as there are two other Litchfield regulars vying for this person's affection.

How will Olivia handle being a mother on Law & Order: Special Victims Unit? — Josie
She won't get off to the best start! In fact, Olivia's quality time with baby Noah will be interrupted by the ongoing hunt for the real culprits involved in Noah's mother's death. Needless to say, the case ultimately puts both Benson and the baby in danger. Fortunately, Benson will call on an old friend who will be instrumental in solving the case.

Please tell me something about Mistresses. — Jen
Season 2 will pick up eight months after Savi's big accident, and while her survival isn't exactly a surprise, who she's been spending her days with is. (Could the fact that Harry is working with Savi's sister Joss be a clue?) But whomever she chooses, I hear a third party will complicate matters in a big way later this season.

Suits scoop, please! — Petra
The Season 4 premiere will pick up three months later, and Mike still hasn't hit a "home run" in his new investment banking gig. Worse, his strategy to help Walter Gillis (guest star Michael Gross) and his fledgling business won't go over well with Harvey, who's instructed to drop Mike completely! But will he?

Got any more Under the Dome scoop? — Rachel
Want more ghosts? It seems Big Jim's "come to dome" moment will involve a few of those tricky apparitions that plagued certain residents last season. "There are moments where Big Jim maybe sees ghosts," Dean Norris says. "While it's a terrifying situation, it's also funny to see Big Jim have to squirm with these kind of ghosts of Christmas past and the future and have to deal with them."

Got any scoop on the new season of Falling Skies? — Tony
When the show returns for Season 4, what's left of the 2nd Mass will quickly be decimated, save for a few plucky survivors who will be separated and forced to fight off a number of foes just to stay alive. In fact, they'll encounter a threat even more deadly than the Espheni. (Think Hitler Youth.) Isn't dystopia grand?

That Hannibal finale gutted me. Who's going to die in the wake of that bloodbath? — Tyrone
While executive producer Bryan Fuller promises that there could be multiple victims, we can officially rule out Will Graham. However, both Will's physical and emotional scars will be evident in Season 3, which Fuller is approaching as a complete reboot. "Will Graham has to change because of this experience," Fuller says. "He has to be a different version of the man we've known. All the conversations I've had with Hugh Dancy have been about an entirely new Will Graham. Who is he now?"

Do you know where The Americans is going to pick up next season? — Chloe
Yep, and tensions between the U.S. and the Soviet Union will be at an all-time high, making Philip and Elizabeth's job all the more difficult. "Reagan is very close to calling the Soviet Union the 'Evil Empire,'" executive producer Joe Weisberg tells me. "The Cold War itself is going to keep ratcheting up. Just when you thought the Cold Ward was ugly, we're going to get into 1983 and things about going to get worse in Afghanistan."

Got anything on the new season of Major Crimes? — Alison
The gripping season opener is a twisty tale involving the disappearance of two kids and their father. Unfortunately, the missing persons case soon becomes a homicide investigation, which reveals a dark and ugly truth for all the family members involved. Speaking of complicated families, Rusty's world will once again be turned upside down because of his. But who he shares that information with could surprise you

You're so lucky that you got to watch The Flash! Can you please spill! — Donna
Ever since "The Scientist," where Barry talked about a blur, not his father, being the real culprit behind his mother's death, savvy comic book fans have suspected that the Reverse Flash would play a role in the spin-off. Those fans won't be disappointed, but the final moments of the series premiere will also hint at other nefarious forces at work in Central City. Oh, and the very first crossover will not disappoint.

Mega Rave: Maybe it's just my own schadenfreude, but I get a real kick out of watching people fall on American Ninja Warrior — especially because I know how freezing cold that water is.

Mini Rant: It's a shame Revolution wasn't able to provide an ending with closure because mindless clown-worshipping nanobots were not satisfying at all.

This week's recommendation: Silicon Valley (Sunday at 10/9c on HBO) If you haven't watched this heartfelt and hilarious comedy, you've still got time to catch up for the season finale. Even if you know nothing about launching a tech company, you'll totally be rooting for these losers to make it big!
Crave scoop on your favorite TV shows? E-mail Natalie at mega_scoop@tvguide.com or drop me a line at Twitter.com/TVGuide
(Additional reporting by Adam Bryant, Joyce Eng, Sadie Gennis and Hanh Nguyen)

Watch This Tonight: Find out why So You Think You Can Dance is Wednesday's editors' pick: 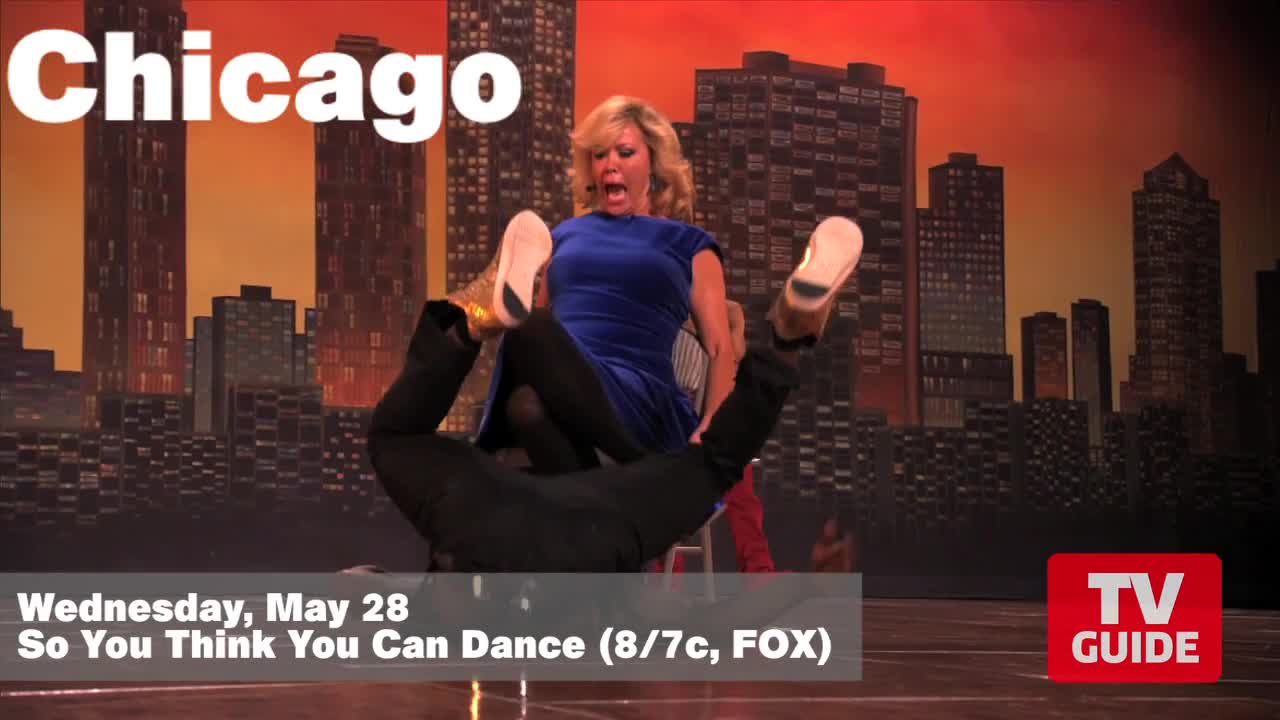