Although Britt Robertson agrees that her character Lux's student-teacher relationship on Life Unexpected is "messed up," the actress admits, "he is ultimately a good guy leading Lux in the right direction." Life Unexpected won't get full season This season, 16-year-old Lux has moved on from a broken engagement (yes, in high school) and found...

Although Britt Robertson agrees that her character Lux's student-teacher relationship on Life Unexpected is "messed up," the actress admits, "he is ultimately a good guy leading Lux in the right direction."

This season, 16-year-old Lux has moved on from a broken engagement (yes, in high school) and found love again, only in the wrong place. Robertson says that her relationship with Eric (Shaun Sipos) clearly won't last in the long-term, but for now Lux is grateful for the companionship.

"Eric gets who she is from the inside out -- gets her past, gets her present and understands her," she tells TVGuide.com. "The two of them are happy in this place that they are."

That place is hidden, of course. Tasha (Ksenia Solo), Lux's best friend, is the only person who knows about the pair and in last week's episode she took a huge bullet for her friend in order to protect them.  Robertson says it won't cause a huge rift in their friendship moving forward.

"They're friends to the end. They'll support each other in whatever they do whether it's right or wrong," she  says.

Life Unexpected's Caulfield: Emma is in a pressure cooker and Baze lifts the lid up

So who does Robertson want Lux to be with? Neither her past boy, Bug, nor her present love, Eric.

"I think it would be nice for her to be in a healthy relationship with [football player and Tasha's current boyfriend] Jones because I think that's the type of guy she's meant to be with. But because of her past she doesn't feel like she deserves that sort of relationship," she says.

Because Life Unexpected did not receive a full-season pickup, the fate of the show remains up in the air. For now, there's no knowing whether or not viewers will get see Lux's realization about her present relationship come to fruition.

"In the next couple of episodes, there's a lot that goes down and a lot of secrets come out. The best thing I can say is to keep tuning in," she says. "Word of mouth is everything these days so that's all we ask."

Watch an interview with Britt Robertson about Life Unexpected below. 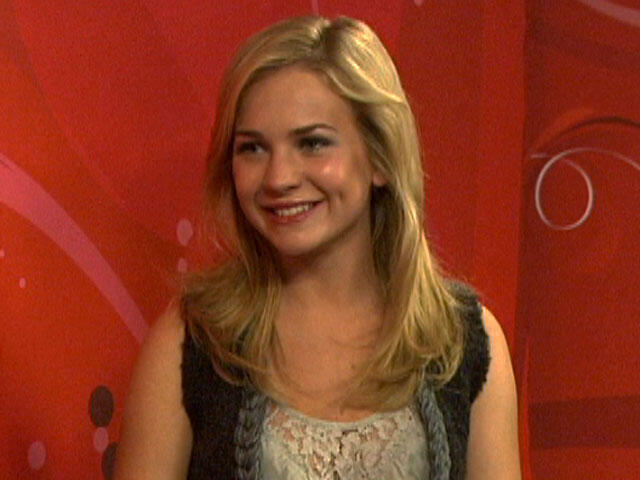