For Chicago Fire and Chicago P.D., crossovers are old hat. The two Dick Wolf-produced series share story lines, characters and even the same neighborhood watering hole on a nearly weekly basis. But when Law &amp; Order: SVU&nbsp;executive producer Warren Leight got the call from...

ForChicago Fire and Chicago P.D., crossovers are old hat. The two Dick Wolf-produced series share story lines, characters and even the same neighborhood watering hole on a nearly weekly basis. But when Law & Order: SVU executive producer Warren Leight got the call from Wolf about a possible three-part event, he was resistant.

"I thought, 'Oh man, don't do this,'" Leight tells TVGuide.com, "because logistically it's a nightmare."

Although Wolf's vast library of shows —  most notably Law & Order and its four spin-offs — have crossed over extensively, this marks the first three-part event. "I knew it was going to be ambitious but, like in any endeavor, sometimes the ones that give you the butterflies turn out to be  the best ones because you're pushed to where you didn't think you'd have to go," Chicago Fire and Chicago P.D. executive producer Matt Olmstead says.

On the Set: Go behind the scenes of Chicago Fire

The case begins on Chicago Fire (Tuesday, 10/9c) when the team battles a house fire and Severide (Taylor Kinney) sees a man run into the burning building to get a mysterious box. The box appears to contain child pornography, and P.D.'s Voight (Jason Beghe) and Lindsay (Sophia Bush) are called in to investigate. "The original case was much less disturbing and I said, 'On no planet would New York SVU fly to Chicago for what could be possibly statutory rape or endangering the welfare of a child," Leight says. "If you're going to cross these shows over, it has to be an exceptionally disturbing crime. In reality, there are kids being sex-trafficked in America, being forced to perform in videos, and those videos are streamed live and they're basically being assaulted for the enjoyment of people watching on computers."

Adds Leight: "At some point I realized this was happening so then I just had to dive into it."

Because the photos appear to have been taken in New York, Lindsay puts in a call to SVU's Rollins (Kelli Giddish). "It becomes just trying to figure out what the ring is," Olmstead says, "what this pornography ring is and how extensive it is and how long-standing it is and how effective -- unfortunately, it's been over the course of 10, 15 years."

Lindsay, Voight and Halstead (Jesse Lee Soffer) subsequently fly out to New York on Wednesday's episode of SVU (9/8c) to lend a hand. However, Lindsay has an ulterior motive: finding her estranged half-brother (Lou Taylor Pucci), "a drug-addled wreck," according to Leight, whom she recognizes in one of the pictures. "It really knocks her sideways," Olmstead says of Lindsay's personal connection to the case. "She admits that she's just trying to keep her head on straight because she has so many competing emotions while trying to be objective and do her job. ... There's some hard-earned advice that Benson is able to impart to Lindsay."

The same can't be said for Benson (Mariska Hargitay) and Voight, who get off to a more acrimonious start. "Voight basically barges into an interrogation in New York and gets a little physical," Leight says. "Olivia comes in after him and says, 'You pull that crap again, and I'll put you in jail.'"

Although both showrunners were eager to pair Voight and Benson together onscreen — "If you're doing Justice League of America, you want to see Superman and Batman in a scene," Leight says — their contrasting styles made him wary. "They tell stories very differently than we do and uncover clues differently than we do," he says. "Even the way the two casts dress could not be more different. New York detectives are in suits and ties and try to look sharp, and those guys, because of the division they're in, there's a lot of t-shirts over there."

Fortunately, their differences made for great TV. "Sometimes, it's a question of: You can get information quickly by terrorizing people but do you get accurate information? And is that information going to uphold in court? So we wrote right to that," Leight says.

On the Set: Go behind the scenes of Chicago P.D.

Despite their initial tension, Voight will come to view Benson as a rare equal. "More than anybody he's ever encountered, I think he respects this person because it's almost like a female version of Voight," Olmstead says. "When the case is starting to go south on the Chicago side and she calls to check in and says, 'What do you need?' he says, 'I need your help.' And he would never admit that to anybody. He's being vulnerable. And her response is, 'I'll get on the next flight out.' So, they just have an affinity towards each other."

Benson also brings Rollins and Amaro (Danny Pino) along to help Voight's unit on Chicago P.D. (Wednesday, 10/9c). "There's a bit of a ticking clock on him. Because of the fact that it is a higher profile case and Lindsay did know one of the victims in one of the crimes, it's determined that maybe Intelligence is a little bit too close to the case," Olmstead says. "They're told that they're going to have basically one more shift and then somebody with some fresh eyes is going to take it."

The two teams are also brought together by tragedy when a witness in the case and the uniformed Chicago police officer protecting the witness are both killed. "Even though they just landed and they're not from Chicago, blue is blue, and they feel the loss of a cop in this district," Olmstead says. "It's one of the things that was surprising in the writing stages and the filming of it, which is they were just immediately absorbed into this team and this family. It really shows on screen."

Olmstead says that warmth was present behind the scenes as well. "One thing that I didn't really expect was the camaraderie with the actors," he says. "You never saw actors standing by themselves, waiting for their line. They were always in groups. They hung out as a group after they filmed. There was a lot of travel and working weekends, but the feedback I got from everybody was what a special event it was for them just as actors. I know that when we do it again — and I'm sure that we'll do it at some point down the road — it will not be a hard sell."

As long as "there's a case that sustains it," Leight says he is also on board, but with one caveat: "Maybe next time when they come to New York, they'll dress a little better."

How well do the stars of Chicago P.D. do on a real police exam? 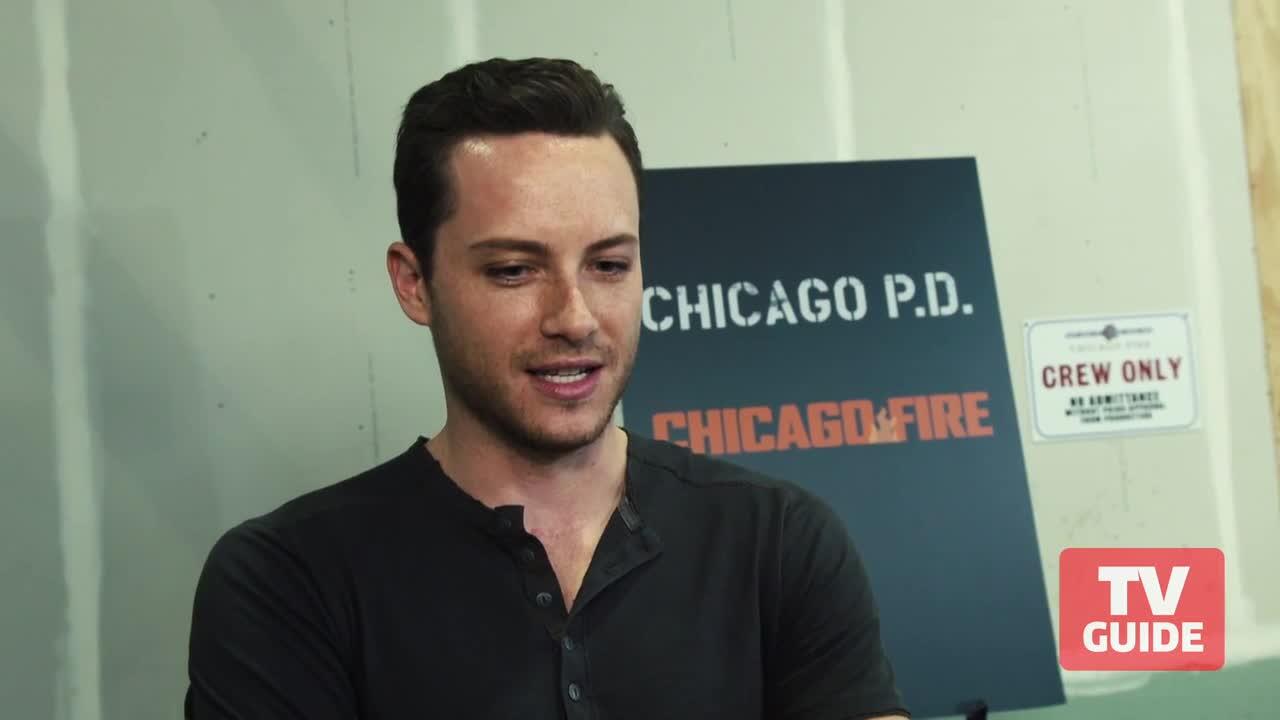