Plus, find out how many times Roy's watched Frozen 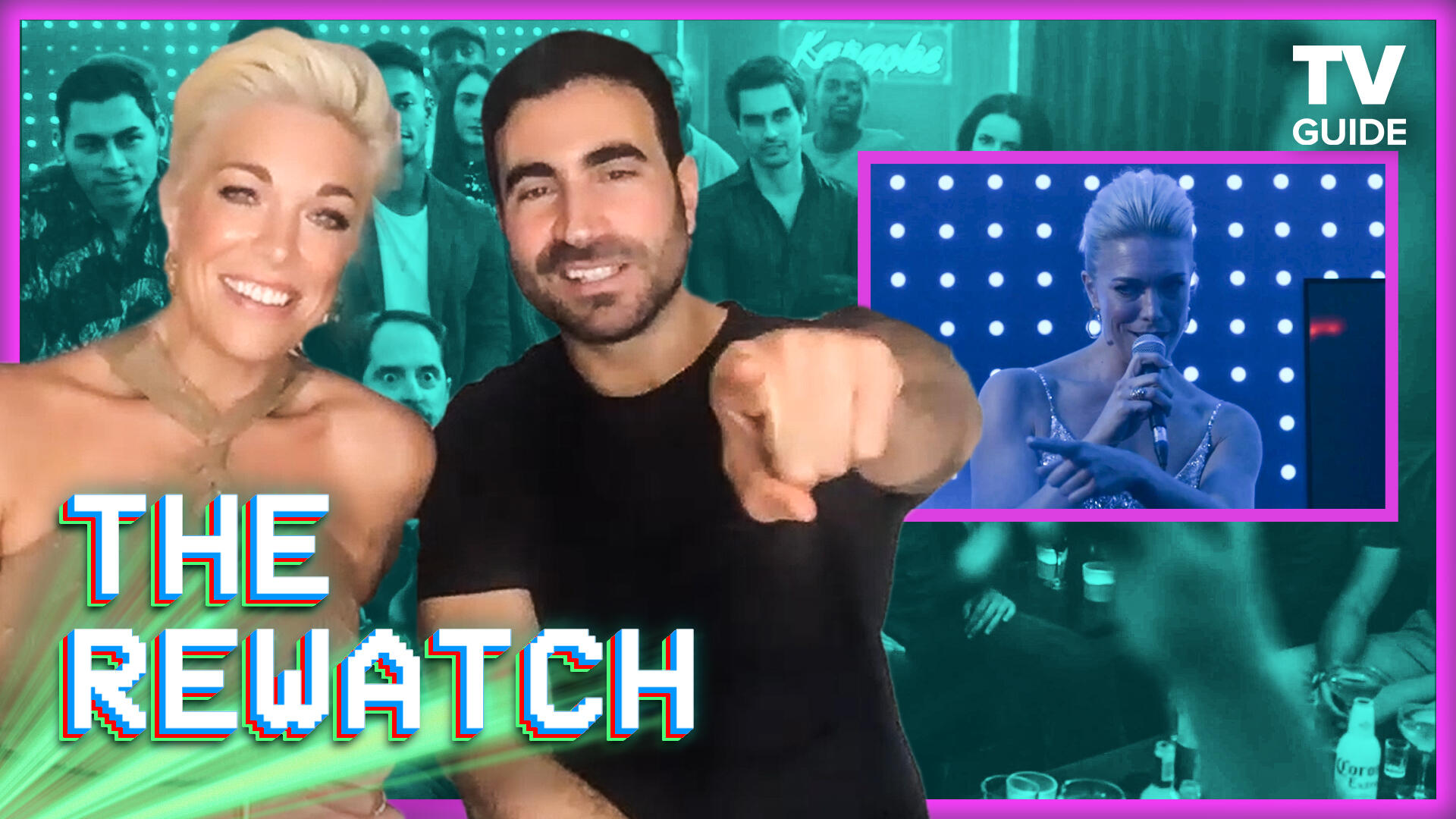 One of the great joys of Ted Lasso's first season was getting to watch the show's most closed-off characters, Roy (Brett Goldstein) and Rebecca (Hannah Waddingham), warm up over time. With Roy's rom-com moment in "Rainbow" and Rebecca slowly opening herself up to love again, Season 2 of the the Apple TV+ comedy is continuing to build on their emotional journeys.

Rewatching some of Rebecca and Roy's most memorable scenes as part of TV Guide's Best 100 Shows on TV Right Now ranking, Waddingham and Goldstein described filming the karaoke scene from Season 1's "Make Rebecca Great Again." The episode finds Rebecca celebrating the one-year anniversary of her divorce while AFC Richmond travels to Liverpool for a match, which they go on to win. Rejoicing in their victory, the team heads to a karaoke bar, and, talked into getting on stage by her best friend Sassy (Ellie Taylor), Rebecca blows everyone away by belting out a rendition of Frozen's Oscar-winning self-empowerment anthem "Let It Go." "I was like, 'Why is Rebecca singing? She's a football club owner,'" Waddingham remembered, laughing. "And Jason [Sudeikis] went, 'Well, why not?'" (Waddingham herself, it must be noted, is a trained singer and West End star.)

One of the best details in the scene is that Roy can be seen mouthing the lyrics from the crowd, giving an early peek at the soft side we'd come to see in later episodes. "That is so not Roy Kent mouthing the words," Waddingham joked. "That is Brett Goldstein, who can't help himself because he's a musical theater queen."

"Not true," Goldstein said. "Roy's got a niece; he watches Frozen with her." The actor confirmed that Roy has, in fact, seen the film "a million times," thanks to Phoebe (Elodie Blomfield), and added, "He doesn't know he's mouthing along. The camera's caught him at a vulnerable moment."

The sequence took about eight hours to film, and Waddingham performed the song live for every take — "That was ill-advised," she remarked — in order to help Sudeikis' own performance of Ted's panic attack, which he experiences while Rebecca sings. "Because Jason was going through what he was going through with it, I didn't want him to be doing that to playback," Waddingham said.

Check out the video above for more on the scene, including the other Disney song Waddingham pitched in an effort to get out of singing "Let It Go." Plus, watch Waddingham and Goldstein break down other memorable Ted Lasso moments, including Roy and Keeley (Juno Temple) solidifying their budding relationship with a fake press conference, the team coming together to "burn sh-- in a bin," and more.