5 Reasons You Should Be Watching A to Z

A to Z isn't perfect, but like any new relationship, it can turn into something long-lasting and amazing. The NBC rom-com &mdash; starring Ben Feldman and Cristin Milioti as opposite-attracts couple Andrew and Zelda, who may or may not break up after eight months, narrator Katey Sagal teases &mdash; deserves more love (and eyeballs) than it's currently getting. Here are five reasons why you should commit now. Fall TV Popularity Contest: Which new shows won you over? Vote now! 1. A+ chemistry We've said it before and we'll say ...

A to Z isn't perfect, but like any new relationship, it can turn into something long-lasting and amazing. The NBC rom-com — starring Ben Feldman and Cristin Milioti as opposite-attracts couple Andrew and Zelda, who may or may not break up after eight months, narrator Katey Sagal teases — deserves more love (and eyeballs) than it's currently getting. Here are five reasons why you should commit now.
Fall TV Popularity Contest: Which new shows won you over? Vote now!

1. A+ chemistry
We've said it before and we'll say it again: Feldman and Milioti are perfect together. You simply cannot bottle their effortless, palpable chemistry. When Andrew and Zelda are not sharing the screen, you're counting down the seconds until they do, even if it's through glass windows. She's adorkable, but not in the nauseatingly wide-eyed way Jess is on New Girl. He's hopelessly romantic, but not in the nauseatingly righteous way Ted was on How I Met Your Mother. Together, they just click and elevate even the most innocuous, eyeroll-inducing lines on paper to utterly charming, witty repartee. Far too often are we stuck with cinematic couples with blah to middling chemistry, so can't we give this winning pair a chance for the long haul? I mean, just look at the way he looks at her:

2. It gets the Internet right
When it comes to the Inter-webs, TV shows usually go one of three routes: pretend that it doesn't exist, make their character(s) hopelessly inept/tech-phobic or shoehorn clunky references to appear in the know. (Did you hear about the time Madam Secretary McCord's takedown of the king of Swaziland was trending on Twitter?!) Then there's Selfie, the whole premise of which is built on social media itself. A to Z treats the World Wide Web like we all do: part of our lives. It neither ignores it nor overdoes it, and it actually is in the know. The show has fun trying to rival Tinder with the latest app from Wallflower, the Internet dating site where Andrew works, and hits dating in 2014 right on the nose. In Zelda's words: "I don't need to app-stalk him, but, you know, keep me updated."
3. It's (mostly) realistic
Sure, the whole conceit of A to Z can feel contrived (or like a serious case of déjà vu), but underneath it all is a realistic depiction of a blossoming relationship. Rom-com sitcoms are usually heightened for comic effect. Fellow newbie Marry Me featured Annie moving into her car because she felt claustrophobic with Jake moving in last week. Funny stuff, but let's face it: If your significant other is cramping your style in real life, you're probably gonna talk to him or her before you resort to living out of your car. A to Z places Andrew and Zelda in comedic situations and has them make some boneheaded decisions (it's still a TV show), but it refrains from going overboard. There's a relatable verisimilitude to the execution of all their issues, whether it be figuring out if you should go on a date you had set before you met your (presumed) OTP or if you should invite your new boyfriend to your surrogate mother's funeral. People don't typically move into cars, but they do unexpectedly move on to the afterlife.
Fall TV: Familiar faces in new places
4. It owns what it is and doesn't try to be something it isn't
In a similar vein, one major grievance about A to Z is that it's light on big laughs. So what? Genre lines are more blurred than ever, and we're just months removed from Orange Is the New Black and Shameless flip-flopping between drama and comedy at award shows. While A to Z — which relegates some broad hijinks to the Wallflower offices — can be too cute and twee at times, it was never envisioned or advertised to be a gut-busting riot. Not every sitcom needs to be one anyway. A to Z's currency is emotion, and that's perfectly fine. It works. It's grounded in sweet, humorous, understated beats between Andrew and Zelda, which is a nice change of pace from cynical snark and over-the-top, silly shenanigans. It puts the "romantic" in "romantic comedy" and makes no apologies for it.
5. What happens after eight months, three weeks, five days and one hour?
Aren't you the slightest bit curious to find out? Do they break up? Get engaged? Get married? After Milioti's and Feldman's unfortunate fates on their respective former shows, they both deserve a happy ending this go-around.
A to Z airs Thursdays at 9:30/8:30c on NBC. See why it made our Editors' Picks list: 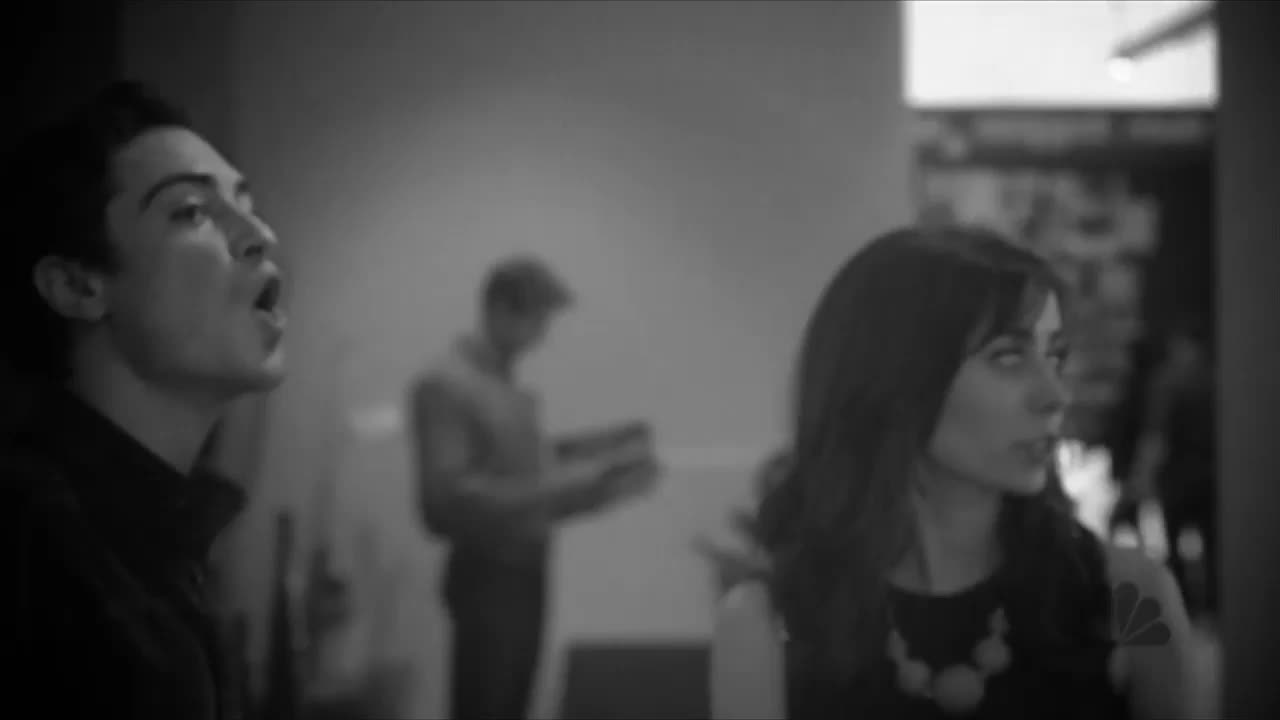