This fall, Law & Order: SVUis celebrating two incredible milestones: the 20th anniversary of its series premiere (Sept. 20) and the kickoff to its 21st season (Sept. 26), which officially makes it the longest-running live-action TV drama in television history, beating the previous record held by the flagship Law & Order (1990-2010) and Gunsmoke (1955-1975).

It seems fitting that for these landmarks the NBC procedural is welcoming Warren Leight back to the helm. Leight previously took over as SVU's showrunner at another pivotal point in the series, in Season 13, the first without Christopher Meloni starring as the hot-tempered detective Elliot Stabler. It was Leight who steered the show during this tricky time of transition and rebuilt SVU into what it is today: a more serialized ensemble drama anchored by the benevolent Olivia Benson (Mariska Hargitay), who has become the beating heart of the crime procedural. And now he's back, three years after departing the show, to once again guide SVU into its next phase of life.

Speaking of why he decided to return, Leight told TV Guide, "I thought, 'Well, first of all, don't say no to Dick Wolf too many times.' And I thought, 'There are things to do.' " 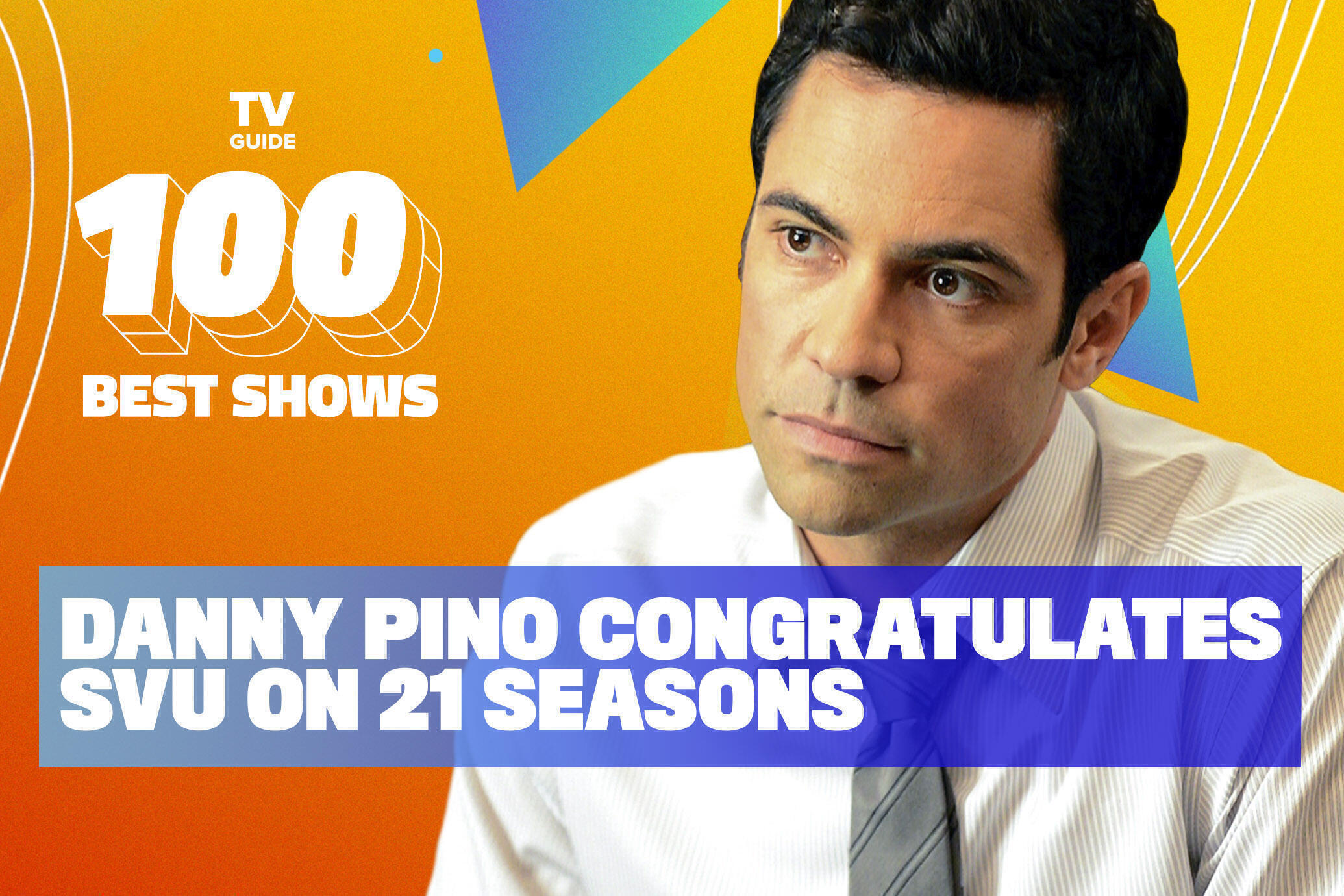 During the three years since Leight stepped away from SVU, the public perception of sexual assault and sexual politics has radically changed, due in large part to the #MeToo movement beginning in October 2017. Leight said it was frustrating to not have an outlet to address the cultural reckoning with alleged serial abusers, such as Harvey Weinstein, who has been accused by more than 80 women of sexual harassment and assault, and who is set to face trial in January on two counts of predatory assault, one count of criminal sexual act in the first degree, and one count each of first-degree rape and third-degree rape. (Weinstein has denied all charges against him.) So when Leight's potential Law & Order spin-off, Hate Crimes, was tabled earlier this year and Wolf approached him about returning to SVU, Leight was thrilled at the chance to work through some of these real-world events through the lives and cases of the fictionalized Special Victims Unit.

"There have been dozens of these stories, and I'm interested in where we are now," Leight said. "There's a backlash in the #MeToo movement that's interesting to write about. There's a sense of people are still getting away with it. Even the Jeffrey Epstein story. How do rich men in power avoid prosecution as consistently as they do? 'How does that work?' is fascinating to me, whether it's Weinstein or Epstein. That's a long list of guys who've gotten away with, if not murder, with serial assault. So 'how does that work?' is an interesting thing to write about."

Leight isn't wasting any time before diving into the issues. The Season 21 premiere features Ian McShane playing a powerful media mogul who is accused of sexual assault in a seemingly Weinstein-inspired episode. And if Leight does choose to use the Epstein case as inspiration for one of the show's staple "ripped-from-the-headlines" stories later this season, it won't be the first time; SVU previously tackled Epstein in the Season 12 episode "Flight," in which the SVU investigates the case of a 12-year-old who was raped by a "billionaire pervert" (played by Colm Feore) who cuts a deal favorable enough that he practically gets away with his many crimes. But unlike "Flight" or the never-aired Gary Cole Trump episode, Leight explained that his approach to ripped-from-the-headline episodes will be less literal and more about using the "headline as a springboard" to explore the issues at play, rather than retelling a particular story.

"Rich, powerful men getting away with it still is interesting to me. The changes in sexual politics in our country, with fetal heartbeat laws and what I perceive as anti-women legislation, that's an interesting arena for us," Leight said. "The world of false accusations and what happens when someone makes them, whether it's a sex or a hate crime, that's interesting to me. But we have to find a way for our squad to go at it that's not simply [retelling the news]. There were a couple of times where we did pretty one-to-one stories, and I don't think those were our most successful ones, so you try to learn from your missteps."

SVU's ability to adapt is one of the core reasons it's been able to not only survive but maintain its cultural relevance, even as culture has changed around it. (Another reason, of course, is the inspirational power of Mariska Hargitay as Olivia Benson, who has evolved over the years from a TV heroine into a true folk icon.) But as society's views on sexual assault and gender politics change, with SVU's takes on these issue changing right alongside it, the one thing that has remained consistent throughout the show's 20-year run is what the audience finds at the center of nearly all of SVU's tales: "They're looking for, very much, a path to survivorship," Leight explained.

"I think the audience wants to see survivors depicted truthfully," he said. "There are no perfect victims, but they want to see the survivors be treated respectfully, and they want to see how a police department should operate when an accusation is made."

This is why Leight will once again steer the show away from cases in which the victim is deceased. This decision is in part because homicides don't generally fall under the purview of the Special Victims Unit, but mainly because these cases deny viewers the ability to explore the experience of survivorship. "The problem for actual SVU detectives is the victim is alive, her body is a crime scene, she has to prove that what happened to her is nothing she wanted to have happen to her, that she gets traumatized again when the rape kit's done," Leight said. "She can get traumatized again when it goes to court. Those are the interesting, compelling stories. How do you get through something this horrible? And how do you survive it, and how do you reconstitute yourself? And I think that's where the show lives, and it lives under the guidance of Olivia Benson, who knows all of this, and Mariska, who clearly knows all of it as well."

Although the stories SVU is built around are often painful, watching the show is cathartic for viewers who, for 44 minutes at a time, get to escape into a world where Olivia Benson and her squad -- including Carisi (Peter Scanavino), Rollins (Kelli Giddish), and Tutuola (Ice-T) -- will do whatever they can to fight for justice and advocate for the victims, even when they can't advocate for themselves. It's perhaps because of the comfort of this fantasy that, despite the heavy subject matter, SVU is also a favorite of fans to binge, with some viewers never watching the series weekly on NBC, but just catching the seemingly endless marathons on networks like USA and TNT or streaming old seasons on Hulu.

Leight isn't quite sure precisely what makes SVU so consumable in mass for viewers, but he speculates that the complexity of each case increases the show's rewatchability, hooking viewers into even the episodes they've seen multiple times before. "We usually have one storyline with 45 beats," Leight explained. "So even if you've watched it once, when it comes up again three years later, you're not going to remember every turn to that story. It's just not A, B, C, D. ... We try to put a lot of detail in on the margins. ... In the first viewing, you maybe just want to know who did it and [if] will we catch them. On the second or third viewing, you start to see other things that we're working in."

At the same time, there is something comfortingly predictable about SVU. Is someone loading or unloading boxes at the beginning of the episode? They're about to stumble upon a crime scene. Was the prime suspect arrested in the first 15 minutes? Twist: They're probably just a red herring. Is there a major celebrity appearing in a guest spot? They definitely did it. But one arena where SVU continues to elude predictability is when it comes to the outcomes of the trials. While there is something incredibly satisfying about the cases that end in a conviction, SVU always seems to know when to reward viewers with that win and when to deliver a hard dose of reality, reminding viewers how rarely sexual assault cases, in particular, result in a conviction.

SVU's ability to provide a source of solidarity and hope to survivors while also taking aim at the systems that enable rape culture and undermine the administration of justice is precisely why the show feels just as important, if not more so, than when it premiered in 1999. And that's also why the series doesn't seem to be going anywhere any time soon, as discussions of how our society fails survivors continues to play out on a national scale and organizations like Hargitay's Joyful Heart work to shed light on these issues.

So it shouldn't come as a surprise that, ahead of the first shot of the record-breaking 21st season, Dick Wolf shared a new goal with the cast and crew: to make it to Season 25. And with Mariska Hargitay saying she's in it for the "long haul" as of last summer, it seems as though SVU may be celebrating a new milestone in a few years' time. But for now, Leight is just taking things day by day. "Don't focus on the mountain peak, focus on the steps in front of you, is usually how you get through these things," Leight said. "If you tell me now I have to do a hundred more of these, I may not wake up early tomorrow. But we're trying to knock it out of the park this season."

"Of course," he added, "Dick wants us to go another five or 10 years, but let's just get through this one and see where we are."