Historical drama about the infamous Renaissance-era Italian family, one of whom became head of the Catholic Church as Pope Alexander VI. His son Cesare was the subject of Machiavelli's classic "The Prince." 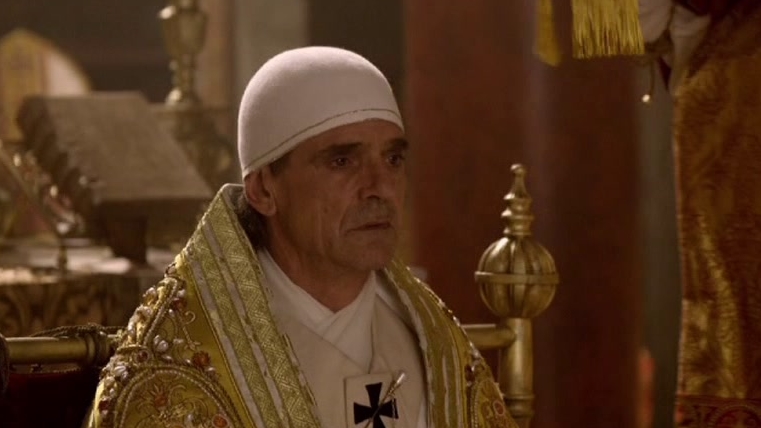 Watch these while you wait for House of the Dragon

The Best Historical Dramas to Watch on Netflix Right Now

Take a trip to the past

The Borgias may not be coming back for a fourth season, but that doesn't mean fans can't find out how the Showtime series was supposed to end. The Borgia Apocalypse: The Screenplay was released Tuesday as a new e-book available on...

Showtime is ending The Borgias earlier than anticipated.

Send questions and comments to askmatt@tvguidemagazine.com and follow me on Twitter! Question: After finishing Saturday's season finale of Orphan Black, many thoughts come to mind, but the most obvious is that if Tatiana Maslany doesn't walk away with the Emmy for best actress &mdash; or is it five nominations in the best supporting actress category? &mdash; then the people who vote just aren't watching TV. Every character she plays has such varied distinction from hair, voice, even walks, and other minor mannerisms and played them all with a determination like it was her only character. It might have been easy to phone one or two in and at times you could forget it all one person. Matt, I know you enjoy the show, but I was curious: Did you ever at any time find yourself picking a favorite? I think mine came to be Alison, because while they all have a dark side, the one who seemed to be the most sunshine and light was probably the darkest of all with a heavy dose of comedy thrown in. Can the show sustain excellence in Season 2? &mdash; Jeffrey