Prequel to "Spartacus: Blood and Sand" details the story of Gannicus, the first gladiator champion of the House of Batiatus, in the years before the arrival of Spartacus. 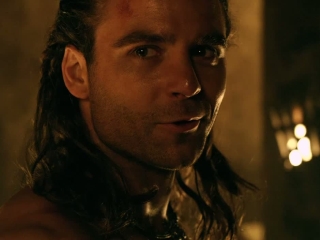 It's time to meet the man behind the mask! Spartacus star Manu Bennett hand landed a multi-episode arc on Arrow, TVGuide.com has confirmed. Bennett will play...

Spartacus: War of the Damned will premiere...

Exclusive: Jaime Murray Returns to The CW in Ringer

Jaime Murray is heading back to The CW on its new drama series Ringer, TVGuide.com has learned exclusively. Murray, who once starred in the network's short-lived Valentine, joins the Sarah Michelle Gellar-starring series as...

Spartacus Finale: Things That Made Us Go "Ew!"

Friday's Spartacus: Gods of the Arena finale left us feeling abused, amused and slightly bemused. Bloodshed we expected, even a few tears, but a happy ending? We didn't see that one coming from across the arena. In the wake of Titus and Melitta's death, the House of Batiatus was out for blood. Believing Tullius was behind the tainted wine, Batiatus' crew ambushed Tullius and his minions in an alley, where his life was initially spared, but only so Batiatus could kill him later and then wall his body up in the new arena he had built. What is with these ancient Romans and extreme displays of disrespect? On the arena's opening day, Sextus decided to treat the crowds to public executions including one for escaped slave Diona. Also, Solonius proved himself to be a good student at backstabbing after taking all of Vettius' gladiators, shorting his conspirator Batiatus who expected half of the men. But that's okay because Gannicus was the ultimate victor of the bloody Primus, thus winning elevated status for the House of Batiatus. Miffed, Solonius maneuvered Batiatus into making the ultimate sacrifice and show of public generosity: granting Gannicus his freedom.

Spartacus: Gods Of The Arena: Season 1 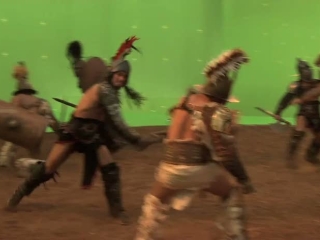 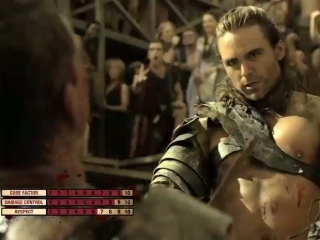 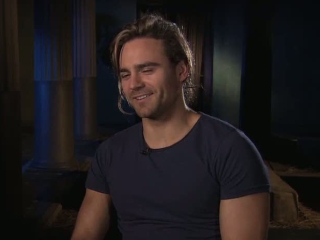 Spartacus: Gods Of The Arena: Dressed To Kill

Spartacus: Gods Of The Arena: On Set With Lucy Lawless

6 Seasons
A married British combat nurse time-travels between World War II and 1743 Scotland, where she falls for a Scottish warrior.
76   Metascore
2014 TVMA Drama, Action & Adventure, Other, Science Fiction
Watchlist
Where to Watch

3 Seasons
A Thracian warrior is captured and enslaved by Romans, then placed in gladiator school, where he battles to save his life, gain his freedom and become reunited with his wife, who was also condemned to slavery.
52   Metascore
2010 TVMA Drama, Action & Adventure, Other
Watchlist
Where to Watch

6 Seasons
A New York City nightclub owner doubles as a drug kingpin to an elite clientele, which could hinder his attempts to turn his legitimate business into a wide-ranging empire.
61   Metascore
2014 TVMA Drama, Other
Watchlist
Where to Watch

2 Seasons
Tariq St. Patrick grapples with a new world order in a "Power" spin-off series.
2020 TVMA Drama, Other
Watchlist
Where to Watch

4 Seasons
A chronicle of the adventures of a pirate captain, his shipmates and his rivals in the early 18th-century Caribbean. The series is a prequel to Robert Louis Stevenson's "Treasure Island," and is set 20 years before the events depicted in that literary classic.
59   Metascore
2014 TVMA Drama, Action & Adventure, Other
Watchlist
Where to Watch