The genial, soft-spoken man made every day 'special' and every kid welcome in this long-running children's series. 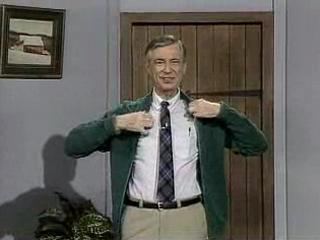 Mister Rogers' Neighborhood: What Do You Do With The Mad That You Feel
1:58
Watch Now

1:58 Mister Rogers' Neighborhood: What Do You Do With The Mad That You Feel

This is so cool!

Captain Kangaroo&nbsp;actor&nbsp;Cosmo Allegretti, who voiced characters including Grandfather Clock and Dancing Bear, has died,&nbsp;The Associated Press&nbsp;reports. He was 86.

Mister Rogers Biopic in the Works --- Who Should Play Him?

Fred "Mister" Rogers was a good neighbor for years &mdash; now his life story is about to be open for all to see.

PBS is heading back to the neighborhood.Eleven years after the last episode of Mister Rogers' Neighborhood aired and nine years since Fred Rogers' passing, PBS is returning to the iconic children's show &mdash; at least to a degree.

Yes, Mr. Rogers, we will happily be your neighbor &mdash; especially after watching your "Garden of Your Mind" Auto-Tune remix. 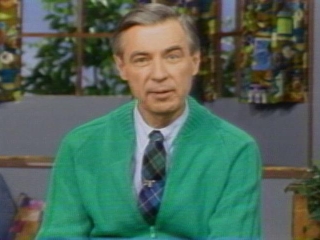 Mister Rogers: What About Love?

Mister Rogers' Neighborhood: What Do You Do With The Mad That You Feel 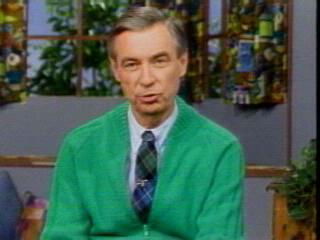 Mister Rogers: What About Love 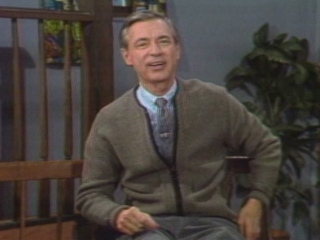 5 Seasons
Four-year-old Daniel Tiger and his pals learn skills and strategies needed for growing up in this extension of the Neighborhood of Make Believe from 'Mister Rogers' Neighborhood.'
2012 TVG Educational, Other
Watchlist
Where to Watch

25 Seasons
Popular animated series about a young aardvark, his family and friends.
1996 TVY Educational, Kids, Other
Watchlist
Where to Watch

Library lions teach their cubs to read in this acclaimed children's show, which blends puppetry, animation and live action for an audience (ages 4-7) already familiar with its ABCs. The Emmy-winning series won back-to-back honors from the Television Critics Association in 2000 and 2001 for Outstanding Children's Program.
2000 TVY Educational, Other
Watchlist
Where to Watch

14 Seasons
A quartet of playful creatures who live and learn in Teletubbyland is the focus of this live-action program developed by former teacher Anne Wood for younger children.
1997 TVY Educational, Kids, Other
Watchlist
Where to Watch

14 Seasons
Preschoolers are among those who made this 6-foot purple dinosaur a beloved character (and toy icon). Barney helped the youngsters learn songs and ways to get along.
1992 TVY Educational, Other
Watchlist
Where to Watch