A sketch-comedy series that offers a surreal tour of life in the British Isles. 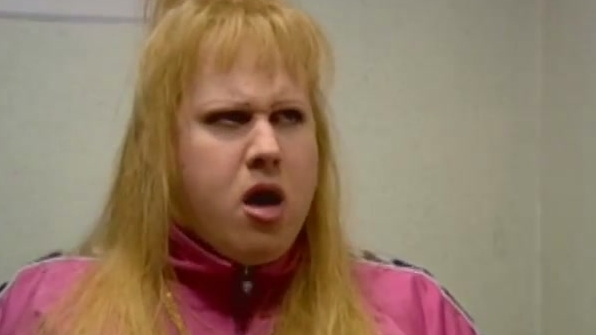 "It is important that classic Hollywood films are available to us in their original form for viewing and discussion," the intro says

Former Oasis lead guitarist Noel Gallagher married longtime girlfriend Sara MacDonald in England this weekend, but failed to invite his brother Liam to the wedding, E! Online reports. The "Don't Look Back in Anger" singers' famous feud stretches back to the Oasis days, where their fights were...

Friday Night Lights (Friday, 9/8c, NBC)[Reprinted from last Friday, when this episode was pre-empted by the hockey finals; sorry for the confusion] Someone needs an attitude adjustment &mdash; and that someone is star player Vince (Michael B. Jordan), caught in a tug of war over his future between his arrogant ex-con dad and well-meaning Coach Taylor, who threatens to bench Vince if he can't be more of a team player. Meanwhile, coach's wife Tami has her hands full with problem student Epyck and their daughter Julie runs off to Chicago for a rendezvous with one of coach's most beloved former prot&eacute;g&eacute;s. Inception (Saturday, 8/7c, HBO)Last summer's hit "life is but a dream" brain-teaser arrives on pay cable, a perfect opportunity to...

Little Britain and a Lotta Sex on Tap at HBO

HBO's development slate, as spelled out at the TCA summer press tour, includes the following:&#149; From American Idol creator Simon Fuller, an American adaptation of the hit BBC comedy Little Britain.&#149; Season 7 of Curb Your Enthusiasm premieres Sunday, Sept. 9, at 10 pm/ET.&#149; Leading into Curb is Tell Me You Love Me, a racy drama that has come under fire for seemingly &#151; seemingly &#151; depicting actual sex among its actors. (Responds the series' creator, "They are actors first and they will not ask anything of themselves, nor will I ask anything of them, that they are uncomfortable doing.")&#149; Real Time with Bill Maher, which resumes its fifth season on Aug. 24, got a Season 6 pickup, while The Wire will launch its final season in 1Q 2008.&#149; The WWII miniseries The Pacific is slated for a 3Q 2009 bow. 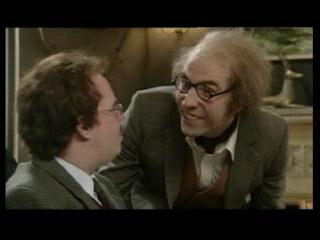 People Just Do Nothing

5 Seasons
A comedy about three friends who run a pirate radio station in west London.
2014 TVMA Comedy, Other
Watchlist
Where to Watch

3 Seasons
A sitcom following the adventures of Gavin and Stacey, a couple who are madly in love, and their well-meaning but overprotective and interfering loved ones.
79   Metascore
2007 Comedy, Other
Watchlist
Where to Watch

5 Seasons
Sci-fi series about three seemingly ordinary twentysomethings who live secret double lives as a werewolf, a vampire and a ghost.
80   Metascore
2009 TV14 Drama, Fantasy, Comedy, Other, Science Fiction
Watchlist
Where to Watch

1 Season
Various sketches are presented in this comedy series set in a social club for hangmen.
2006 Comedy, Other
Watchlist
Where to Watch

1 Season
A trio of childhood pals struggle to find success at adult tasks, despite being all grown up now.
2013 TV14 Comedy, Other
Watchlist
Where to Watch