The crew of a U.S. nuclear submarine seek refuge on an exotic island after being attacked under suspicious circumstances. 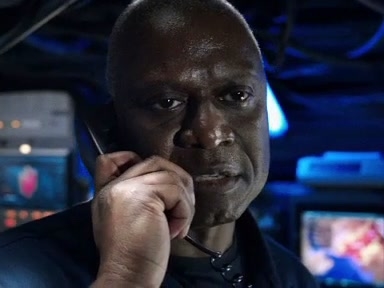 Can Once Upon a Time in Wonderland Save ABC's 8/7c Timeslot on Thursdays?

Just as Marvel's Agents of S.H.I.E.L.D. &nbsp;has been tasked to open ABC's Tuesday night lineup, fellow new series Once Upon a Time in Wonderland has the dubious honor of filling the network's problematic Thursdays at 8/7c timeslot, which hasn't produced a hit since the Ugly Betty days. The Once Upon a Time spin-off, which tells the story of Alice (Sophie Lowes) returning to Wonderland to find her true love, will debut on Thursday, Oct. 10 in a slot that seems cursed over the last few years...

Brooklyn Nine-Nine's Andy Samberg: I Didn't Want to Do a TV Series

It's only been a little over a year since Andy Samberg bid adieu to Saturday Night Live. However, viewers will soon be able to find him back on the small screen &mdash; sans the laser cats &mdash; on Fox's new comedy Brooklyn Nine-Nine. In the series, from Parks and Recreation executive producers Dan Goor and Mike Schur, Samberg plays a....

Scott Speedman will star in Ryan Murphy's HBO pilot Open, TVGuide.com has confirmed. Add new fall shows to your watchlist The drama is...

Autumn Reeser is pregnant with her second child, the actress posted on her website. "It's...

4 Seasons
Inspiring stories of rescuers and survivors of natural disasters and perilous conditions.
2019 TVMA Documentary, Other
Watchlist
Where to Watch

2 Seasons
The stories of people taken in by claims and promises that proved too good to be true, from identity fraud and misleading romance to the high-profile college admission scandal and Fyre Festival.
2020 TV14 Documentary, Other
Watchlist
Where to Watch

1 Season
Featuring Tyson's youth and his transition from a bullied kid who discovers his true power, which becomes the basis for the icon's reputation as "The Baddest Man on the Planet."
2021 Documentary, Other, Sports
Watchlist
Where to Watch

10 Seasons
An investigative series about people who are here one minute and disappear without a trace the next, leaving behind a mystery that may linger on forever.
2010 TV14 Documentary, Reality, Drama, Other
Watchlist
Where to Watch

Originally broadcast as a miniseries, The Beatles Anthology consists of ten viewing hours. It's a comprehensive, insightful, and revealing history of the Fab Four. Considered the definitive Beatles documentary, footage was created from interviews, performances, studio sessions, feature films, home movies and more. It also contains five hours of material not shown on television. Footage traces the group's history from their youth in England to the band's eventual breakup. Tape one looks at how Ringo joined the band, the early days in Hamburg, and the group's rise to fame in England. Tape two depicts the development of the band, BBC sessions and performances, and touring stories. The Beatles' explosive introduction to America is the subject of tape three. Tapes four and five examine the years 1965 and 1966, including the filming of Help and the 1966 Japanese concert. The psychedelic era is the focus of tapes six and seven and includes George recounting the "Magical Mystery Tour," the establishment of Apple, Yellow Submarine, and Yoko Ono. The final tape takes a look at the closing of Apple, the drug busts of George and John, Abbey Road, and John and Paul's marriages. This retrospective documentary leaves few stones unturned in its astute account of the life and music of the Beatles.
1996 Documentary, Music, Other
Watchlist
Where to Watch

1 Season
Featuring conservationist Jeff Corwin and Defenders of Wildlife in action, highlighting spectacular wildlife of North America and the inspiring partners working together to save them from the brink of extinction.
2021 Documentary, Travel, Other
Watchlist
Where to Watch