Ghosts, witches and werewolves populated this creepy daytime serial about Maine's Collins family, which included Barnabas, a nearly 200-year-old vampire who longed to be cured. The supernatural soap shifted between the present and the 18th century to tell its gothic tale. A prime-time revival mounted in 1991 possessed more special effects, sex and gore than its bare-bones original, but it never caught on and was buried by NBC in less than two months. 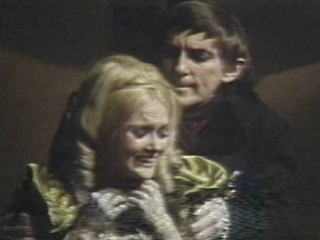 Titanic, Top Gun and episodes of Saturday Night Live from the 2000s are among the titles set to expire on Netflix on Jan. 1, according to a list that popped up on Reddit over the holidays. Other TV shows that will no longer be offered through the streaming company in the New Year include...

Conrad Bain, the actor best known for playing Phillip Drummond on Diff'rent Strokes, died Monday in Livermore, Calif. He was 89.

Thanksgiving Weekend TV: Your Guide to the Marathons, Specials and Sports Games

This week in TV was as notable for the legends who left us as for what actually happened on TV in the last full week before the May sweeps begin (next Thursday). So let's start there, acknowledging two figures who loomed large in my formative years of being weaned on TV. It's impossible to imagine TV without Dick Clark, the genial host and canny impresario...

So it&#146;s week two of my favoritest month of the year and the scary shows on DVD are keeping my player&#151;and Pepito the Wonder Chihuahua&#151;working overtime. And I know this column was supposed to be all about boorific B&#38;W fare, but the vampires struck back over the weekend and there&#146;s no denying these pains in the neck!Obviously, if we&#146;re talking about bloodsuckers, there&#146;s none better than Angel. BUT&#133;that one we&#146;re saving for the end of the month and a big old chat with a certain Whedonverse whiz kid we all know and love. (Hmmm, wonder who that could be?)Anyhoo, with David Boreanaz&#146;s Angelus on hold, I say we give the love to Buffy the Vampire Slayer, since the show that gave us Angel continues to rock well beyond its own cancellation grave. Why, the uninitiated may ask? Three words, people. Best. Writing. Ever.If I&#146;m lying, I&#146;m undyin&#146;. Honestly, there&#146;s something spooky about how well the dialogue stands up, even four... 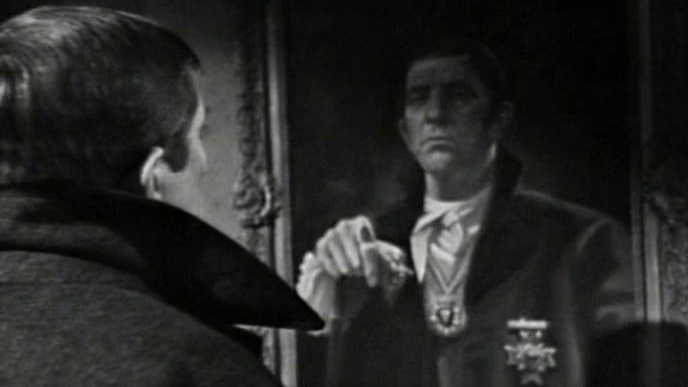 1 Season
Horror specialist Stephen King claimed that his TV miniseries Rose Red was inspired by a number of sources, ranging from Shirley Jackson's The Haunting of Hill House (twice filmed as The Haunting) to Ripley's Believe It or Not to Moby Dick. Residents of San Jose, CA, however, quickly realized that King's story owed a great deal to their own city's legendary "haunted" mansion, Winchester House. Rose Red was set in motion when psych professor Joyce Reardon (Nancy Travis), defying her tongue-clucking boss Professor Miller (David Dukes, who died during production), set about to investigate reports of paranormal phenomena in Rose Red, a crumbling and foreboding Seattle mansion. According to legend -- and a great deal of physical evidence -- Rose Red was a "living" entity in its own right, adding extras wings to its structure and rearranging its furniture whenever it felt like it. There has also been a number of mysterious deaths at the mansion, which Joyce believed were the handiwork of a ghost: Ellen Rimbauer, the insane wife of Rose Red's architect. Inviting a quintet of psychics (social misfits all, of course) to spend a weekend at the mansion, Joyce was determined to solve the mystery of Rose Red -- and, she hoped, to conjure up Ellen's hostile spirit. Thereafter, the miniseries adhered to the proven formula, with characters foolishly wandering off alone to meet their individual demises, and with such time-tested lines as "Superstitious nonsense!," "Honey -- are you in there?" and "Oh, no! AIYEEEE!" wafting through the mansion's drafty corridor. The outcome of the story -- and the fate of the survivors -- seemed to rest in the hands of Annie Wheaton (Kimberly J. Brown), an autistic teenager with astonishing telepathic skills. Premiering January 27, 2002, the three-part Rose Red posted ABC's best ratings in months, despite an almost universal drubbing by the critics.
2002 TV14 Drama, Horror, Suspense, Other
Watchlist
Where to Watch

1 Season
King's riveting adaptation is more faithful to his bestseller than Stanley Kubrick's 1980 film, and the author delivered on his promise of 'a scary ride' without scrimping on characterisation.
61   Metascore
1997 TV14 Horror, Suspense, Other
Watchlist
Where to Watch

1 Season
Debuting Friday, September 13, 1974 on ABC, the weekly, hour-long sci-fi/fantasy series Kolchak: The Night Stalker was spun off from two well-received feature length entries from the same network's Movie of the Week: The Night Stalker (1971) and The Night Strangler (1973). Starring in both these made-for-TV offerings was Darren McGavin as Carl Kolchak, a fly-by-night newspaper reporter who'd stumbled onto proof of actual paranormal and supernatural activity (a vampire terrorizing Las Vegas in Night Stalker, a werewolf decimating Seattle in Night Strangler), only to have his stories suppressed and himself bullied into silence by nervous police officials and politicians who didn't want to scare away tourists and merchants. By the time the Kolchak series proper began, the title character (still played by McGavin) had been effectively blacklisted by every major publisher in the US, and was forced to work for the Chicago-based Independent News Service, a seat-of-the-pants operation edited by Tony Vincenzo (another carryover from the movie versions). Having likewise been exiled from the higher journalistic circles thanks to Kolchak's "unbelievable" news scoops, Vincenzo harbored a grudge against our hero, but kept him on the payroll all the same. As for Kolchak, he was determined to regain his credibility by filing a story about the Supernatural that could be proven beyond doubt--and of course, he was always foiled when the evidence "mysteriously" vanished at the end of each episode. Making matters worse, Kolchak couldn't even post a "normal" news story, since bizarre and unexplainable things kept happening around him wherever he went. Other regulars included Jack Grinnage as Ron Updike, Independent News' fledgling society reporter who yearned to break into the "big time" and was willing to stab Kolchak in the back to get what he wanted; and Ruth McDevitt as the service's advice columnist Miss Emily Cowles, the only person whom Kolchak could rely upon when things got rough. As for the series' various ghosts, monsters, vampires, mummies and lycanthropes, they were seldom seen full-face but instead lurked in the shadows, in the tradition of the classic Val Lewton "psychological horror" epics of the 1940s (Trivia note: among the series' writers was a young Robert Zemeckis). Although the series enjoyed the built-in following of viewers who'd loved The Night Stalker and The Night Strangler, Kolchak: The Night Stalker languished in the ratings opposite such competition as Police Woman and The Rockford Files. Even if the series had been a hit, however, it would have been scuttled by a lawsuit instigated by Jeff Rice, author of the novel upon which the original Night Stalker was based, who insisted he had not given anyone permission to turn his property into a weekly series. Some thirty years after its cancellation on August 30, 1975, Kolchak: The Night Stalker was revived by the X-Files team under the simplified title Night Stalker, with Stuart Townsend as Carl Kolchak.
1974 TVPG Drama, Horror
Watchlist
Where to Watch

1 Season
A gripping postapocalyptic horror story based on the 1978 novel, with a strong cast (including Rob Lowe in a particularly compelling performance as a deaf man). It portrays the battle between good and evil in an America that has been decimated by a virulent plague, killing all but a handful of people. King conjured up monster ratings with 'The Stand,' along with an Outstanding Miniseries Emmy nomination.
61   Metascore
1994 TV14 Drama, Horror, Fantasy, Action & Adventure, Other, Science Fiction
Watchlist
Where to Watch

1 Season
Based upon the critically acclaimed Lars von Trier miniseries Riget (The Kingdom), this American remake from fright master Stephen King unfolds over 15 hours and centers on the creepy goings-on at a hospital known as The Kingdom. Andrew McCarthy leads the cast as Dr. Hook, one of the physicians at the hospital which was built atop the scene of a fire that killed several children more than a century ago. As the inhabitants of the hospital are confronted with disturbing and unexplained phenomena that suggest the hospital is haunted, the doctors find themselves increasingly unable to come up with logical scientific explanations. Bruce Davison and Diane Ladd also star.
2004 TV14 Drama, Horror, Suspense, Other
Watchlist
Where to Watch

Stephen King's 'Storm of the Century'

1 Season
King's three-part miniseries tells of a tightly knit island community off the coast of Maine that's ravaged by a killer storm and something even worse: Andre Linoge, a stranger with deadly powers and an intimate knowledge of the residents' shameful secrets.
1999 TV14 Drama, Horror, Suspense
Watchlist
Where to Watch