A supernatural thriller about the lone female werewolf in existence whose perfect life as a photographer is disrupted when a series of murders draw her back into the wolf pack she was trying to escape. 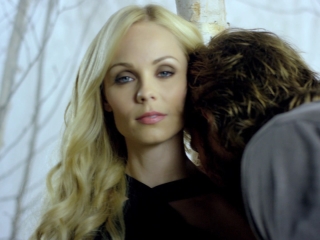 This is going to be one super wedding. Smallville alum Laura Vandervoort is engaged to British actor and host Oliver Trevena, ET Canada reports. TV couples: Should they or shouldn't they? News of...

1 Season
Mary and Mike are a married couple and elite agents of the bloodthirsty Chilean secret police. Their work at the National Intelligence Directorate is to eliminate the opponents of Augusto Pinochet's dictatorship.
2019 TVMA Drama, Suspense
Watchlist
Where to Watch

1 Season
A team of animal experts and scientists do battle with prehistoric creatures set loose in modern-day Vancouver through time-space anomalies in this sci-fi series spawned from the British series 'Primeval.'
39   Metascore
2012 TV14 Drama, Fantasy, Action & Adventure, Science Fiction, Other
Watchlist
Where to Watch

2 Seasons
A sci-fi series based on the stories of Georges J. Arnaud set on a totalitarian world that has been plunged into an ice age.
2007 TV14 Drama, Science Fiction, Other
Watchlist
Where to Watch