The enlightened vampire risks his soul to battle dark forces in the City of Angels in this noirish 'Buffy the Vampire Slayer' spin-off. Formerly the Slayer's lover and ally, Angel relocated to L.A. seeking redemption for years of preying on innocents by combating demonic predators. It was a stylish addition to series creator Joss Whedon's 'Buffy' saga, anchored by David Boreanaz's tender-tough title hero. 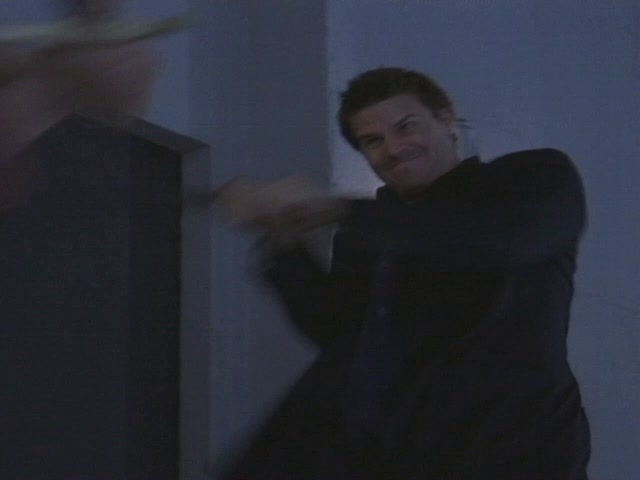 10 Shows Like Lucifer You Should Watch If You Miss Lucifer

20 Years Later, and the Women of Angel Still Deserve More

The deaths of Darla, Fred, and Cordelia Chase were a waste

Has it really been two decades since this show premiered?!

'I don't want to come back to kill her'

11 Seasons
One of the most atypical weekly series to emerge from the Aaron Spelling TV factory, 7th Heaven, created by Spelling and Brenda Hampton, has eschewed the sex-and-sin shenanigans of such series as Beverly Hills 90210 and Melrose Place in favor of honest, three-dimensional family values, with generous doses of warmth, heart, humor, and pathos. There can be no doubt that this fundamentally wholesome program has struck a universal chord. The series has not only been lavishly praised by critics, honored by such organizations as the Parents Television Council, the Academy of Religious Broadcasting, and the Anti-Defamation League, and given innumerable industry awards, but it is also one of the most successful offerings of the WB network; indeed, it was the first WB series to run more than seven seasons, and during four of those seasons, it was the network's highest-rated show. Set in the suburban L.A. community of Glen Oak, the series revolves around the Camden family, headed by Eric Camden (Stephen Collins), pastor of the town's Community Church, and Eric's homemaker wife, Annie (Catherine Hicks). In the tradition of The Waltons, loyal 7th Heaven viewers have enjoyed the rare privilege of watching the Camden children grow up before their very eyes. When the series debuted on August 26, 1996, handsome and personable Matt Camden (Barry Watson) was 17 years old; basketball-playing Mary Camden (Jessica Biel) was 13 going on 14; intellectual, inquisitive Lucy Camden (Beverley Mitchell) was 12; happy-go-lucky Simon Camden (David Gallagher) was ten; and precocious Ruthie Camden (Mackenzie Rosman) was five. By the time the series entered its eighth season, the three oldest Camden kids were married and pursuing careers, while the two youngest were seasoned veterans of the school dating scene. (Two more Camden youngsters, twin boys Sam and David, were born halfway through the 1998-1999 season). All of the Camdens, parents included, have had more than their share of setbacks and tragedies (some of them absolutely devastating) as the series has rolled forward, but somehow all of the members of the clan, from patriarch Eric on down, have been able to recover, rally, and persevere with the help and support of their family and friends -- not to mention their inner faith. And unlike so many other TV series which traffic in personal interrelationships, the characters in 7th Heaven are very much a part of the "real" world. During its lengthy WB run, the series has exposed its principals to a wide variety of contemporary issues: teen suicide, racial prejudice, substance abuse, drunken driving, homelessness, negative peer pressure, teen pregnancy, Alzheimer's disease, the Holocaust, the war in Iraq, and the crisis in the Sudan. Eminently suitable for viewers of all ages, but never a mere sop to the "kiddie" trade nor a placebo for the clean-up-TV brigades, 7th Heaven has been and will likely always remain the jewel in the WB crown.
79   Metascore
1996 TVG Drama, Family, Other
Watchlist
Where to Watch

4 Seasons
Treat Williams starred in this warm-hearted family drama series as workaholic neurosurgeon Andrew Brown. Upon the death of his wife, Andrew realized that he had been sorely neglecting his children in favor of his work. As means of compensation, he moved his family out of Manhattan and into the mountain community of Everwood, CO, where he opened up a free clinic. Andrew's kids, 15-year-old Ephram (Gregory Smith) and nine-year-old Delia (Vivien Cardone), were at first resentful over being uprooted, while Everwood's resident doctor Harold Abbott (Tom Amandes) regarded Andrew as a threat to his own livelihood. Assembled by several former Dawson's Creek hands, Everwood made its WB Network debut on September 16, 2002.
62   Metascore
2002 TV14 Drama, Family
Watchlist
Where to Watch

6 Seasons
Scripter Kevin Williamson is the creator/executive producer of this Warner Bros. series about small-town teens, set in Massachusetts but filmed in Wilmington, North Carolina. The central figure, 15-year-old filmmaker Dawson Leery (James Van Der Beek), is a high-school sophomore who idolizes Steven Spielberg and is already directing a horror short out of his home studio. Dawson is caught between two gals -- his longtime friend, tomboy Joey (Katie Holmes) and Jen (Michelle Williams), the new blonde in town, who's an atheist. Dawson's best buddy Pacey (Joshua Jackson) makes a play for his English teacher, is rejected, but nevertheless gets in the last word: "You blew it, lady, because I'm the best sex you'll never have!" With the constant sex talk, this TV series plays like a Peyton Place for the Millennium -- where jaded, world-weary teens have cool one-liners ready for every occasion, necessary if you live in a town where everyone keeps a stiff upper libido and analytical adolescent angst rules. Freud and Kinsey could have had a field day here, just trying to stay afloat in the psycho-sexual undercurrents of Dawson's Creek. The series premiered January 20, 1998 on the Warner Bros. network.
62   Metascore
1998 TVPG Drama, Other
Watchlist
Where to Watch

1 Season
The teen years of a future U.S. president and his brother (no, not the Kennedys; the McCallisters). The two standout students are being raised by a headstrong single mother, who's grooming them for greatness.
2004 TV14 Drama, Other
Watchlist
Where to Watch