A single woman gets pregnant after a fling with a young guy and decides to keep the baby and invite the man to live with her as friends. 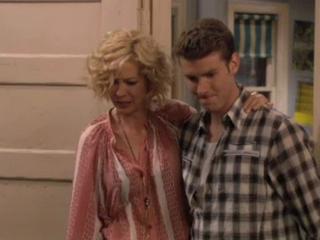 Emmy winner Margo Martindale has been courted by not one, but two pilots. Martindale, who won the Emmy for her role as Mags Bennett on Justified, has landed a leading role on...

Doris Roberts is the first actress to be cast in ABC's Counter Culture pilot.

Scrubs alum Sarah Chalke will star in ABC's pilot How to Live With Your Parents for the Rest of Your Life.

ABC has picked up comedy pilots for How to Live With Your Parents for the Rest of Your Life, Only Fools &amp; Horses and an untitled project from Due Date's Adam Sztykiel. How to Live centers on... 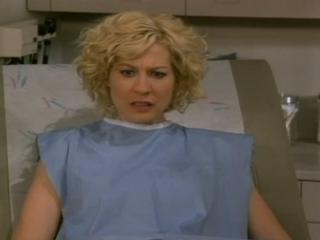 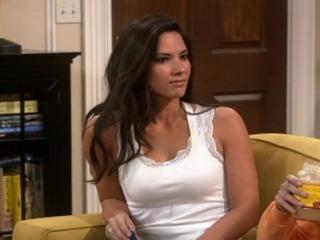 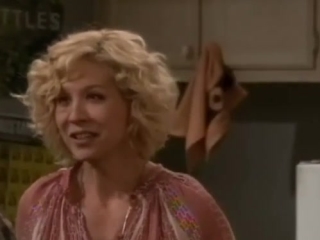 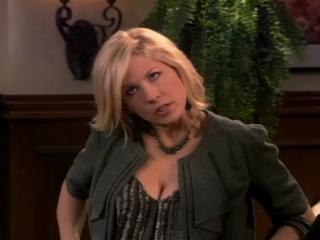 4 Seasons
Debuting September 18, 1978 on CBS, WKRP in Cincinnati was a weekly, half-hour "ensemble" sitcom largely set in the offices of a Major-Market radio station. Languishing at the bottom of the ratings chart with its moribund "beautiful music" format, WKRP was given a major shot in the arm with the arrival of ambitious new program director Andy Travis (Gary Sandy), who tossed out all the old Lawrence Welk records and installed an ultrahip Top-40 rock format. As WKRP's ratings rose slowly but steadily, Andy and the other staffers did their best to keep the momentum flowing despite an unprepossessing lineup of sponsors (ranging from nursing homes to funeral parlors) and the formidable opposition of WKRP's wealthy, imperious owner, Mrs. Lillian Carlson (played by Sylvia Sidney in the pilot episode, and thereafter by Carol Bruce). The other regulars included station manager Arthur "The Big Guy" Carlson (Gordon Jump), a well-meaning but ineffectual oaf who kept his job only because he was the owner's son; WKRP's sales manager Herb Tarlek (Frank Bonner), whose boorish behavior was rivaled only by his garish wardrobe; prissy, uptight and incredibly naïve newscaster Les Nessman (Richard Sanders), whose mission in life was to win the coveted Buckeye Newshawk Award; Dr. Johnny Fever, aka Johnny Caravella (Howard Hesseman), the station's mercurial, all-but-burned-out morning DJ; Venus Flytrap, aka Gordon Sims (Tim Reid), the funky, low-key nighttime platter-spinner; and Ms. Bailey Quarters (Jan Smithers, Andy's ebullient young assistant and traffic-and-billing expert, a classic example of "still waters run deep." Ultimately emerging as the true star of the series was Loni Anderson as WKRP's blonde, curvaceous receptionist Jennifer Marlowe, who though she refused to type or take dictation was the station's most efficient and level-headed employee, forever running interference for her bosses and coming up with last-minute solutions to otherwise insoluable problems (appropriately, Jennifer was the station's highest-paid staffer). One of the series' many running gags found Jennifer forever fending off the advances of the libidinous (and very married) Herb Tarlek, while simultaneously dating a never-ending parade of elderly millionaires. Created by Hugh Wilson, who drew extensively from his own professional experiences at various local radio stations (notably in the classic first-season episode "Turkeys Away"), WKRP in Cincinnati almost instantly built up a loyal critical and fan following, though thanks to CBS's haphazard scheduling practices it never truly clicked in the ratings. Nevertheless, the series lasted four seasons, ending its network run on September 20, 1982, and later yielding a moderately successful first-run syndicated spinoff (with a largely different cast), The New WKRP in Cincinnati (1991-1993). The catchy opening-theme music for the original WKRP was written by Tom Wells and Hugh Wilson, and performed by Steve Carlisle, while the closing-credits rock tune was composed and peformed by Jim Ellis.
1978 TVPG Family, Comedy, Other
Watchlist
Where to Watch

12 Seasons
Mark Miller notices that the running time for all episodes is 22 minutes. Two nerdy physicists, Leonard and Sheldon, share an apartment and an unlikely friendship with their beautiful neighbour Penny. The life of these socially awkward physicists takes an adventurous turn with this free-spirited girl-next-door.The show also highlights the chemistry among the friends and the developing romance between Leonard and Penny.
61   Metascore
2007 TVPG Comedy, Other
Watchlist
Where to Watch

5 Seasons
A Midwest man moves his family to a tough L.A. neighborhood where his friendliness doesn't sit well with everyone.
50   Metascore
2018 TVPG Comedy, Other
Watchlist
Where to Watch

6 Seasons
An offbeat comedy drama series, which gained a loyal cult following and enthusiastic press during its five-season run, Northern Exposure concerned Dr. Joel Fleishman (Rob Morrow), a recent medical school graduate who attended Columbia University on a scholarship that stipulated that after graduation, he had to spend four years working as a general practitioner in the small town of Cicely, AK, where he is to be paid the princely sum of 465 dollars a month. As Fleishman bides his time in Cicely, he gets to know many of the local residents, including Maurice Minnifield (Barry Corbin), a multi-millionaire former astronaut who is the city's largest property owner; Maggie O'Connell (Janine Turner), a bush pilot (and the town's mayor) who has an on-again, off-again romance with Fleishman; Chris Stevens (John Corbett), the philosophical DJ at the local radio station; Holling Vincoeur (John Cullum), the owner of a local watering hole who has married Shelly Marie (Cynthia Geary), a young woman who was once in love with Maurice; Ed Chigliak (Darren E. Burrows), a genius-IQ teenager who wants to become a filmmaker; and Marilyn Whirlwind (Elaine Miles), a soft-spoken Native American who serves as Fleishman's receptionist.
83   Metascore
1990 TVPG Fantasy, Comedy, Other
Watchlist
Where to Watch