Top Moments: A Jackson Tribute, a Bachelorette Reunion and More

After last week's many tragedies, we were grateful to lighten up this week with some good old fake drama: a ghastly goodbye, the return of a very undead celebrity, and a Bachelor reunion so silly we hope it was staged. Welcome to Top Moments, refreshingly phony edition. See the list after the jump.

After last week's many tragedies, we were grateful to lighten up this week with some good old fake drama: a ghastly goodbye, the return of a very undead celebrity, and a Bachelor reunion so silly we hope it was staged. Welcome to Top Moments, refreshingly phony edition.
7. Taking the Plunge Award: Ten weeks of grisly killings left us desensitized and bored with Harper's Island. So color us shocked when found ourselves tearing up at the deaths of the adorably betrothed Cal and Chloe. Chloe tells John Wakefield "You can't have me" before falling to her death to be with her late fiancé. (The scene seemed inspired by the dual deaths in The Last of the Mohicans — compare the show and the movie here and here). If you didn't feel anything for double-C, you may be as heartless as Wakefield and his mystery accomplice.
6. Most Painful Feeling: After Rescue Me's Tommy Gavin downs a bottle of whiskey and watches home movies in an unsuccessful attempt to feel something, he takes drastic measures: blow-torching his inner thigh. Tommy's never been a role model, but you'd really think a firefighter would know better. (And, um, thanks to the effects team for making that burning flesh look so real.)
5. Best Helping of Sugar Pie: America's Got Talent judge Piers Morgan notes that people all over the world are going through hard times, and asks 62-year-old supermarket cashier Carol Lugo if she can help "bring the smile back to everyone's faces." She comes through. Popping, locking and moonwalking to "Sugar Pie Honey Bunch," this energetic honey earns a bunch of cheers. Watch her performance here.
4. Most Surreal Sight: Tuesday's news brought us a historic sight: U.S. troops leaving Iraqi towns and cities, and handing over security to local officials. Not that their work is done: 120,000 Americans are still serving in the country.
3. Fakest Death: Stephen Colbert relies on Twitter to share with his audience the saddest thing ever "entwattered": word that Jeff Goldblum has died. Except he hasn't. Goldblum himself appears in the studio to prove rumors of his death have been greatly exagger-tweeted, but that's not enough to convince Colbert that Goldblum lives — until the star confirms it in a tweet. "Ladies and gentleman, I have huge news!" Colbert says. "The dead can Twitter." Watch it here and follow TVGuide.com on Twitter.
2. Most Ridiculous Surprise: Soon after rejected bachelor Jake's temporary return toThe Bachelorette, Jillian says she can't handle any more surprises. So of course Ed, who's already quit the show, knocks on her door to plead for another chance. Whether we owe this moment to incredible coincidence or very capable editing, it was great television. But if Jason Mesnick shows up again, we're outta here.
1. Most Welcome Guest: Janet Jackson helps turn the BET Awards into a tribute to her late brother with a few tasteful, well-chosen words: "To you, Michael is an icon. To us, Michael is family. And he will forever be in all of our hearts. ... Thank you for all of your love. ... We miss him so much."   Watch it here.

Check out our Top Moments video. 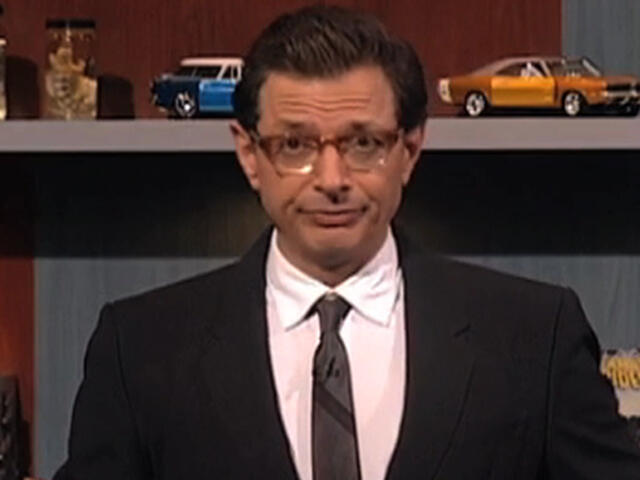