Adam F. Goldberg is finally where he wants to be.After stubbornly keeping The Goldbergs behind Marvel's Agents of S.H.I.E.L.D. last season, ABC finally moved it to Wednesdays at 8:30/7:30c this year, sandwiched between ...

Adam F. Goldberg is finally where he wants to be.
After stubbornly keeping The Goldbergs behind Marvel's Agents of S.H.I.E.L.D. last season, ABC finally moved it to Wednesdays at 8:30/7:30c this year, sandwiched between The Middle and Modern Family.

"I think there's no better timeslot for a family comedy. We're surrounded by two of the best family comedies on TV. What more could you want?" Goldberg tells TVGuide.com. "It'll be interesting and nerve-wracking to see how it actually does not after a superhero show. It did good enough to get picked up for a second season, which is great, but hopefully we have an audience that's more in that mood and hopefully more and more people will come to the show this year."Season 2 of the comedy will feature Adam (Sean Giambrone) and Dana (Natalie Alyn Lind) dating; Barry (Troy Gentile) attempting to get a fake ID; Adam trying out for the school play Jesus Christ Superstar (based on Goldberg's own experience); and more Beverly (Wendi McLendon-Covey) smothering goodness. And of course, there'll be loads of '80s shout-outs too. "I can't do it every week, obviously, but it's fun when we come up with stories and find ways to tie things in," Goldberg says. "I always filter my life through '80s stuff and stuff from my childhood and things I love, so it just mixes in seamlessly."Check out five totally '80s things to look forward to this season:1. Royal Wedding reduxMore over, Diana and Charles! Inspired by the royal nuptials, Bev will do her damndest to recreate the extravagant nuptials for her and Murray's (Jeff Garlin) "I do" redo. "Their actual wedding was on the cheap because Murray paid for it himself so Beverly didn't get her dream wedding," Goldberg says. "Now, this is her chance to do it big." Suffice it to say, things will go anything but smoothly.2. John Hughes tributeIf it feels like we've been talking about the John Hughes homage for a year, well, then get ready to tack on a few more months. The much-discussed tribute might just be this season's Goonies episode — if Goldberg can settle on an idea. "What I decided was, because it's such a huge undertaking, we've just narrowed it down to a couple different movies. We haven't broken it out yet. It's not going to be in the first 12 [episodes]," he says. "Part of me is me kicking the can down the road and knowing what an undertaking it will be to do something like a John Hughes tribute correctly. It's a lot of planning and a lot of getting the clips and getting permission and also trying to find the right story." One thing's for sure though: There will "definitely" be a shout-out to Emilio Estevez's Mighty Ducks — one of his favorite trilogies — days. "How could I not? We can just reference it from the future."

3. Back to the Future in the pastBack to the Future is having a moment (if you've seen the A to Z pilot, you know what we mean.) Another delayed tribute — Goldberg originally wanted to do it last season — the episode will be built around little white lies that get out of control. "Everyone kind of has that lie. All the writers had different stories. 'I told everyone I was related to this celebrity.' 'I was going to be on this TV show,'" Goldberg says. "Adam's lie involves Back to the Futureand hoverboarding. It keeps growing and growing and spiraling out of control." And yes, there will be a hoverboard.4. Adam and Barry "Are Not Gonna Take It" Like Goldberg and his brother Barry did in real life, their TV alter egos will also form their own band: a Twisted Sister knock-off band. "I just love that whole thing because my brother and I actually did stuff like that," he says. "I have videos of him rocking out and me singing Axl Rose or something." Goldberg reached out to Twisted Sister asking if the show could use their music. "They were really receptive, so it was really cool," he says. "Music is expensive and so hard to get. That's why I haven't been able to get Madonna or Michael Jackson yet." He went the same route to get clearance for Bon Jovi's "Livin' on a Prayer" in the season finale. "I wrote Bon Jovi and told them that I've been obsessed with them forever. That song was our favorite moment from my wedding. We played it and it was one of those songs that got everybody singing. They were like, 'OK, great.' So maybe I should tell everybody that I [played their music] at my wedding!"

5. The Right StuffGoldberg could not confirm or deny if New Kids on the Block was also pumpin' at his wedding, but it will be on the show. "We're batting around some ideas, but I'm sure that will happen this year," he says. "It will be in the back half. I'm really excited about it." While NKOTB will be hangin' tough with Adam & Co., Goldberg is holding out on his dream music ode for now: the Beastie Boys. "I feel like I have to have the show on for a while before I approach them. You only get one shot at that and they're so protective of their music, as they should be. I don't want to go now and have them say no and that's it. If they were ever to let me use their music, I would do an all-Beasties episode."Relive Beverly's most tragic — and ridiculous — parenting tales: 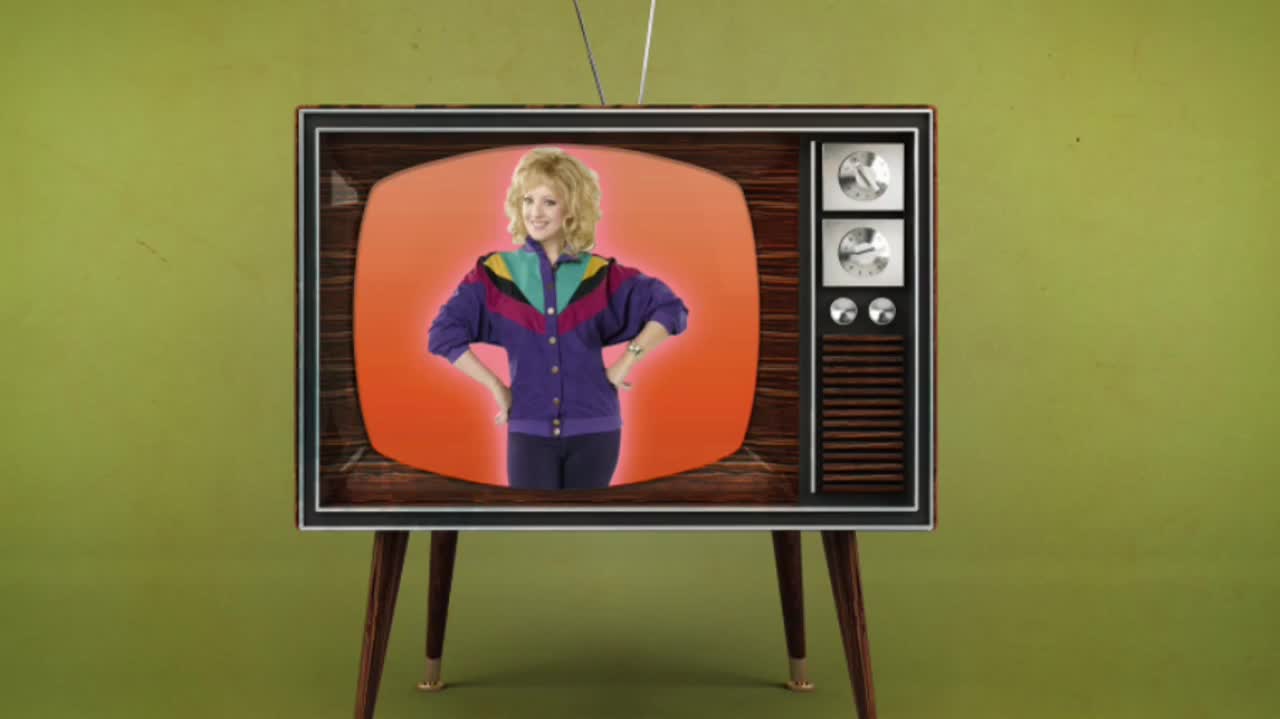