The reptiles take on the vengeful Shredder, who holds the last of the toxic goo that caused their mutation. 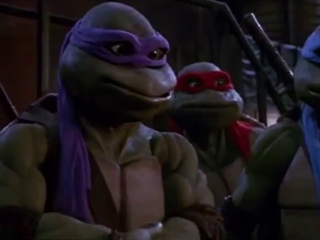 Paige Turco will guest-star in an upcoming episode of Blue Bloods, TVGuide.com has confirmed. Turco will play...

Your Guide to the Two Coreys

Corey Haim's tragic death exposed widespread confusion about him and his frequent collaborator Corey Feldman, as many confessed via Twitter that they don't know which Corey is which. The two shared much in common, besides the name Corey: early roles in Stephen King projects, joint film appearances, eventual struggles with drugs, and a dual comeback attempt on the A&amp;E show The Two Coreys.&nbsp;For those of us who grew up with the Coreys, there's no getting them confused. But for anyone unfamiliar&nbsp;with their&nbsp;work,&nbsp;here is our quick guide to the Coreys' respective careers:

1 hr 27 mins
In a small town, a new Halloween shop opens in a run-down strip mall. Despite thinking they are too old for trick-or-treating and other Halloween thrills, a trio of friends decides to have one last night of fright and locks themselves in the store. However, their evening of harmless pranks soon takes a sinister turn.
55   Metascore
2022 NR Fantasy, Suspense, Action & Adventure, Other
Watchlist
Where to Watch

1 hr 56 mins
An eccentric scientist builds a time machine, which accidentally transports a high-school student back to the 1950s, where the teen inadvertently interferes with the budding romance between his future parents. The boy must figure out how to set things right, or risk completely altering the future - his life depends on it!
87   Metascore
1985 PG Fantasy, Family, Comedy, Action & Adventure, Other, Science Fiction
Watchlist
Where to Watch