Hara-Kiri: Death Of A Samurai

At one crucial moment during the climax of Takashi Miike’s Hara-Kiri: Death of a Samurai, the character Hanshiro Tsugamo (masterfully played by Ebizo Ichikowa), sits before the entire House of Li after requesting to commit ritual suicide in their courtyard, and offers the following commentary on the tragic fate of his surrogate son, Motome (Eita): “The...read more 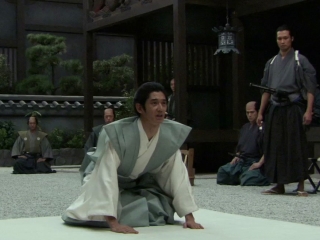 The Best Streaming Service Is…