Playing the halftime show at the Super Bowl is one of music's biggest and most prestigious gigs. And now artists hoping to receive that honor are being asked to pay for the privilege. According to The Wall Street Journal, the National Football League has eyed three possible performers for..

This week,&nbsp;Will Ferrell&nbsp;and his doppelganger,&nbsp;Red Hot Chili Peppers&nbsp;drummer&nbsp;Chad Smith, had a drum-off on&nbsp;The Tonight Show, and&nbsp;Steve Buscemi&nbsp;launched his new web series, "Park Bench with Steve Buscemi." A paralyzed baby goat learned to walk with the help of a cart, and the contestants from&nbsp;The Bachelorette&nbsp;tried to impress&nbsp;Andi&nbsp;with a risque&nbsp;Magic Mike&nbsp;inspired dance. Also, actor&nbsp;David Krumholtz&nbsp;unveiled a new website, on which he delivers local weather reports in character as Jewish grandmother Gigi &mdash; who can probably toss a baseball better than&nbsp;50 Cent, who threw out possibly the most pathetic first pitch in MLB history. Check out those clips and more in our weekly roundup of the best online&nbsp;videos:

David Duchovny Gets Chili Peppers Hot Under the Collar

Who didn't see this one coming? Yesterday, the Red Hot Chili Peppers filed a suit against Showtime for giving its midlife crisis dramedy the same name &#151; Californication &#151; as their hit 1999 album. (Um, wouldn't the network's lawyers have, like, checked on the legality of reusing a famous title before they, you know, used it?) In Showtime's defense, Alabamashtupping and Ohioh-oh-oh-my-God-yessss! just don't have the same ring to them. &#151; Ben Katner

Mariah Carey, the Red Hot Chili Peppers, the Black Eyed Peas and Nickelback are the favorites heading into this year's American Music Awards, each act having copped three nominations on Tuesday. In the female artist pop/rock category, Mimi will vie with Kelly Clarkson and Nelly Furtado, while Nick Lachey, Sean Paul and Kanye West will duke it out amongst the men. For pop/rock duo/group, it's Nickelback versus the Peppers and the Pussycat Dolls. ABC airs the AMAs Nov. 21. 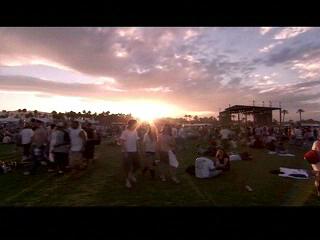 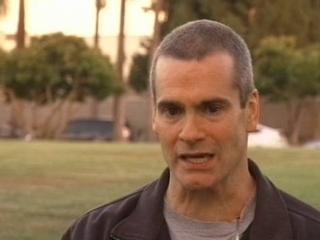 Too Tough To Die: A Tribute To Johnny Ramone