Once again, adorable So You Think You Can Dance ringleader Cat Deeley will host Fox's New Year's Eve Live. She'll be aided by Spike Feresten, checking in from the Times Square ball watch.... ABC News has climbed into bed with Facebook to allow its 2008 presidential election coverage to be used on the site to spur debate among its (political) party animals.... To benefit the Carol (aka mother of Alec and William) Baldwin Breast Cancer Research Fund, Amanda Tapping and Joe Flanigan are auctioning off a walk-on role on Stargate Atlantis at CharityFolks.com/baldwin between now and Dec. 14.... NBC has made a first-of-its-kind deal with TiVo to use the digital-recorder company's ratings and somehow force us to see advertisers' names even if we are skipping the commercials. &#151; Ben Katner 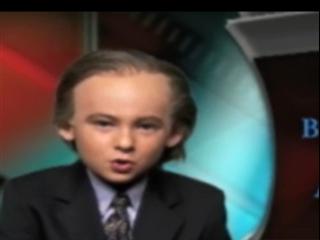