First Look: Eva Longoria Gets Animated for Hulu's Mother Up

Eva Longoria is showing off her animated side again, but this time for Hulu's new cartoon comedy Mother Up. The show premieres on the streaming service on Wednesday. Longoria executive produces Mother Up and also lends her voice to the main character, Rudi Wilson. Rudi is a disgraced former music executive who now finds herself managing her new life as the mother of two kids in suburbia. Two episodes of Mother Up will be immediately available on Hulu and Hulu Plus, followed by four more episodes posting weekly for the next month. After that, seven more episodes are set to launch in January.

Eva Longoria has booked her first TV series since Desperate Housewives went off the air last May. The actress will star in Mother Up &mdash; a new half-hour animated comedy set to debut on... 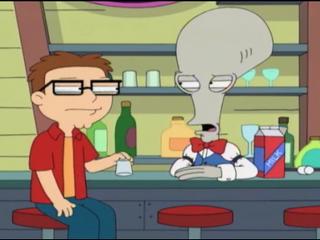