Phineas and Ferb creators Dan Povenmire and Jeff "Swampy" Marsh have been pitching a Star Wars crossover from the moment Disney acquired Lucasfilm and the Star Wars franchise last year. Now they're getting their chance. Hot off the heels of...

There are 104 days of summer vacation, but Disney Channel's Phineas and Ferb has already been on many more adventures than that &mdash; nearly 175, and counting. The hit animated series' latest episode ("This is Your Backstory"), which premieres this Friday at 9/8c, explores the life of evil Dr. Doofenshmirtz via an odd reality show hosted by his giant human robot, Norm. Phineas and Ferb has become a major franchise for Disney, spawning merchandise, theme park attractions, a TV-movie, soundtracks and soon (in 2014), a feature film. The brainchild of Dan Povenmire and Jeff "Swampy" Marsh, Phineas and Ferb balances the story of two young stepbrothers who go on adventures via their fantastical inventions with the tale of their pet platypus Perry, a secret agent who fights the bumbling Doofenshmirtz. The show's rich backstory, pop culture parodies and recurring irreverent gags have made Phineas and Ferb a hit with adults as well as kids. Povenmire and Marsh filled out our TV Guide Magazine showrunner survey to explain why watching Phineas and Ferb should be what we do today.

Christian Slater is breaking into Phineas and Ferb, starring as "Paul the Delivery Man" on a new episode of the hit animated Disney Channel series this Friday. In the segment, titled "Delivery of Destiny," Paul discovers a higher calling as he manages to save Danville via stops at Phineas and Ferb's house, the Doofenshmirtz Evil Inc. skyscraper and the Organization Without a Cool Acronym (OWCA). Accompanying Slater's character is the Tri-State Area's own heavy metal rock gods, Love Handel, who...

Travel With Phineas and Ferb to the 2nd Dimension

Phineas and Ferb are about to embark on an adventure where they learn their pet platypus Perry is a secret agent in the TV movie Phineas and Ferb: Across the 2nd Dimension (Friday, 8/7c, Disney Channel). Based on the Emmy-winning series Phineas and Ferb, the film takes the stepbrothers into a kind of parallel universe that eerily resembles their home. Once there, they come face to face with their alter egos and find out Perry (voiced by Dee Bradley Baker) is known as Agent P. The three band together, along with sister Candace (voiced by Ashley Tisdale), to stop the evil Dr. Doofenshmirtz, who plans to follow the gang back to their real home in his quest for world domination. 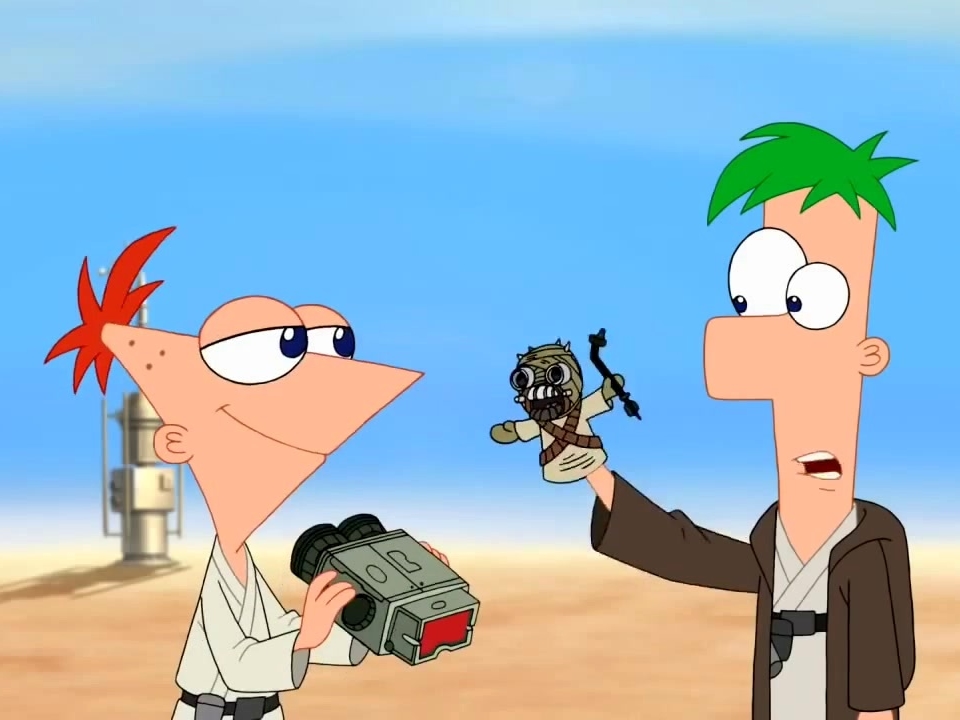